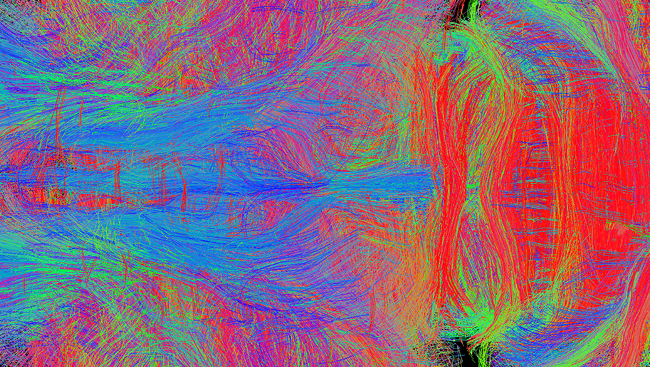 A growing body of evidence suggests that different types of learning and memory processes are distributed across specialized neural circuits consisting of two or more anatomically- and functionally-connected brain areas.

One such neural circuit consists of the dorsal hippocampus (dHC) and the medial prefrontal cortex (mPFC). This circuit is thought to be critically important for spatial working memory, which is the ability to flexibly maintain and use trial-specific spatial information within a testing session. dHC-mPFC interactions have been shown to correlate with spatial working memory-guided task performance in rodents. However, there are no direct anatomical connections between the dHC and mPFC.

The reuniens and rhomboid (RE/Rh) nuclei of the ventral midline thalamus are bi-directionally connected with the mPFC and the dHC, suggesting that these thalamic nuclei may support working memory by modulating interactions between the dHC and mPFC.

We directly tested this hypothesis by simultaneously recording single neurons and local field potentials (LFPs) from CA1 of the dHC and the mPFC while rats performed a working memory-dependent delayed spatial alternation (DA) task in a T-maze. The DA task is dependent on the functional integrity of RE/Rh, and greater hippocampal-prefrontal synchrony is seen during good performance of the DA task than during a control task (CD).

Before the recording session, RE/Rh were functionally inactivated by intracranial infusion of the GABAA receptor agonist muscimol. Our results show that RE/Rh inactivation caused severe performance impairments that were accompanied by decreases in hippocampal-prefrontal synchrony on the maze. These results provide a novel characterization of the mechanisms underlying memory-guided decision making by directly examining the relationship between thalamic gating of cortico-limbic interactions and spatial working memory performance.

What does oscillatory synchrony between disparate brain areas tell us about what is happening at the cellular level in those brain areas?

Phase relationships between LFPs determine the timing of action potentials in neural networks, as neuronal excitability is influenced by the phase of an oscillation. Phase synchronization also increases the likelihood that multiple synaptic inputs to a postsynaptic neuron will arrive simultaneously, thus causing rapid membrane depolarization of the postsynaptic neuron. Phase synchronization can also promote long-term potentiation (LTP) by facilitating temporally proximate activation of pre- and post-synaptic neurons. Neurons tend to fire action potentials at specific phases of an LFP oscillation, and phase synchronization between brain regions would ensure that neurons with similar phase preferences would fire together. In the hippocampus, electrical stimulation during theta peaks induces LTP, whereas stimulation at theta troughs induces long-term depression (LTD). Phase synchronization between the hippocampus and mPFC may therefore facilitate neural plasticity on a timescale that is relevant for information encoding, maintenance, or retrieval during spatial working memory tasks.

Another question generated by the available data is how the ventral midline thalamus modulates hippocampal-prefrontal synchrony.

Alternatively, gamma generated in the ventral midline thalamus could functionally synchronize with prefrontal gamma, which would then be modulated by hippocampal theta phases.

The hippocampus, ventral midline thalamus, and mPFC also play a role in memory consolidation, indicating that this pathway is capable of supporting memory-related processes during both active behavior and periods of rest or quiescence. During awake behavior, the hippocampal LFP is dominated by theta oscillations, which synchronize with the mPFC during working memory tasks. During rest, the hippocampal LFP is dominated by large, irregular-amplitude (LIA) activity, during which “replay” events occur. These two hippocampal “states” may promote different patterns of synchronous activation in thalamic and prefrontal networks, which may in turn separately facilitate encoding, consolidation, and retrieval. Oscillatory synchrony between the mPFC, RE/Rh, and hippocampus during waking states may also underlie the prefrontal-thalamo-hippocampal pathway’s contribution to interference reduction and contextual fear memory specificity.

In summary, phase synchrony in the hippocampal-prefrontal network is selectively important for spatial working memory. Synchronization in this network is directly influenced by inactivation of the ventral midline thalamus, indicating that this brain region plays a critical role in the regulation of cortico-limbic interactions.

Henry Hallock, PhD
Henry Hallock is a postdoctoral research associate at the Lieber Institute for Brain Development on the Johns Hopkins Medical Campus.
﻿