A Path to Sleep Is Through the Eye 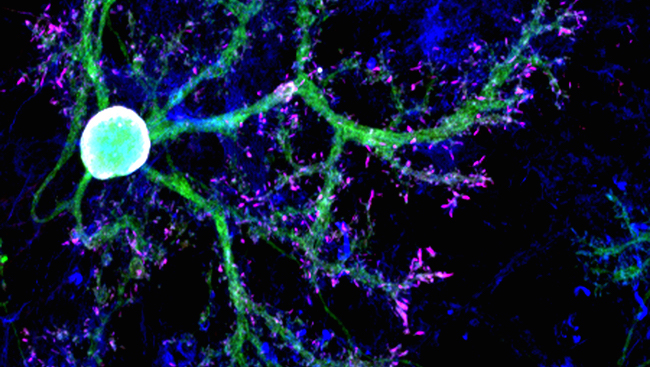 Material below summarizes the article A Path to Sleep Is Through the Eye, published on March 5, 2015, in eNeuro and authored by Lawrence P. Morin.

A common question about normal behavior is, “Why do animals sleep?” The actual answer is complex, consisting of explanations related to ecology and evolution, the physiology of homeostasis, and the molecular biology of cells.

Nocturnal animals, such as mice or hamsters, are active at night and do not normally sleep at that time. Unexpectedly, brief light exposure interrupts their nocturnal activity and causes them to go to sleep.

By implication, light-induced sleep, or photosomnolence, is a consequence of a visual system function with photic information being gathered first by the retina, then transmitted via visual system projections to sleep-regulatory areas elsewhere in the brain.

Thus, one simple answer to the original question is that, under certain conditions, mice and hamsters sleep because the visual system commands them to do so.

An important methodological expectation arises from that basic conclusion. The method of inducing photosomnolence is so simple that it can be a powerful research tool that can be applied toward studying and identifying all elements of the anatomical pathway through which photic information acts to induce sleep. This includes the eye photoreceptors, the projection pathways from eye to retinorecipient nuclei in the brain, and connections between those nuclei and brain stem structures responsible for inducing and maintaining sleep.

Knowledge about photosomnolence emerged from the study of circadian rhythms. Under ordinary environmental conditions, these rhythms are synchronized to the prevailing photoperiod. Entrainment, the process of circadian rhythm synchronization to photic cues, has been well documented by scientists studying such rhythms. In a laboratory setting, a typical photic stimulus used in the study of entrainment processes would be a 15-30 minute stimulus presented shortly after the onset of nocturnal activity. Such a pulse will cause the animal’s circadian clock to delay by roughly an hour.

In the laboratory, entrainment and the ability of light to induce such rhythm shift behavior are studied in species such as mice and hamsters that engage in miles of wheel running during their nocturnal activity phase. If the light pulse is administered as described above, it will occur when the animals are engaging in their highest level of nocturnal locomotion.

One investigator, Nicholas Mrosovsky, published numerous papers showing that nocturnal light pulses not only cause rhythm phase shifts, but suppress the ongoing locomotion as well. In one study, Mrosovsky obtained a curious result. It showed that the locomotor suppression persisted many minutes beyond the actual presence of the light stimulus. This was the first clue that some process other than simple, ambient light inhibition of activity might be involved.

Light-induced locomotor suppression, also known as negative masking or masking, was understood to reflect a direct inhibitory effect of light exposure on locomotion, but nobody actually inquired as to what the light-exposed animals were doing when not engaging in nocturnal locomotion. In fact, an alternate hypothesis to light-induced inhibition was warranted because if any light-exposed animal is not engaging in locomotion, it is either performing an alternate behavior that does not involve locomotion or it is dead. Infrared video provided the means for evaluating the behavior of animals exposed to a brief light stimulus and revealed that they went to sleep within a few minutes after the light onset and stayed asleep for roughly 25 minutes. The effective photic stimulus can be mere milliseconds duration.

If light induces sleep, what is the neural pathway by which this occurs? Ganglion cells in the retina send photic information from the eye to many locations in the brain, but the function of the visual input to most of these regions is unknown.

One obvious target of the retina is the hypothalamic suprachiasmatic nucleus — site of the master circadian clock — which is very densely innervated by retinal projections. It seems likely that direct retinal input to this nucleus is directly responsible for circadian rhythm phase shifts, and photosomnolence induction, as well.

However, there are several additional visual system projections to hypothalamic targets that could, through direct or indirect routes, mediate sleep induction. Such regions include the ventrolateral preoptic area and the specialized cell clusters spread across the lateral hypothalamic area that are identified by their content of either orexin/hypocretin or melanin-stimulating hormone neuropeptide.

The major conclusion from the anatomical studies is that a retinal input pathway to at least one of these hypothalamic regions, when activated by light during the active phase of certain nocturnal rodents, induces a change in activity of downstream sleep-regulatory nuclei that causes sleep.

Finally, it should also be recognized that nocturnal light has multiple effects in addition to the induction of shifts and photosomnolence. In particular, core body temperature begins to drop rapidly after onset of light. The drop in temperature does not appear to be caused by the associated reduction in locomotion.

This raises some fundamental questions about the relationship between sleep and body temperature regulation. Both brain and environmental temperatures are well-known contributors to sleep regulation, but it is not known whether the abrupt decline in body temperature influence photosomnolence.

The simple procedure of inducing sleep with a brief light exposure enables investigators to more effectively design sleep-related experiments and to study the temporal expression of sleep and body temperature change. This is likely to enable more rapid progress toward the goal of defining the brain circuitry regulating sleep onset, maintenance and termination, and how they relate to a change in thermoregulatory physiology in all species, including humans.