Understanding the Types of Sex Differences in Neuroscience Research 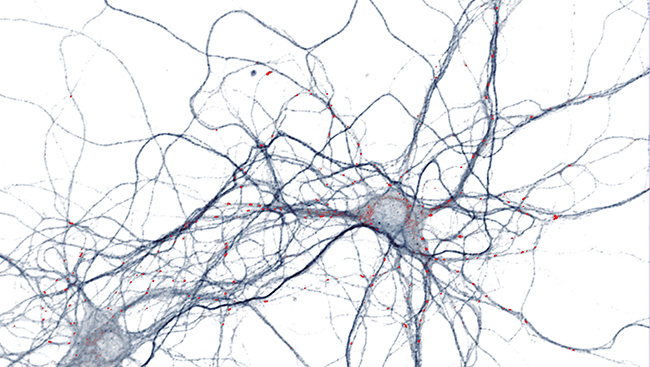 Material below is adapted from the SfN Short Course session Sex-Dependent Mechanisms of Synaptic Modulation, by Catherine S. Woolley. Short Courses are daylong scientific trainings on emerging neuroscience topics and research techniques held the day before the start of SfN’s annual meeting.

The push to consider the sex of animals used in neuroscience research is largely based on emerging evidence of differences between males and females. If researchers do not pay attention to possible sex differences, they risk missing underlying mechanisms of brain function, which could have implications for not only basic science but for translational research, too.

Another type of sex difference is the sex-specific effect, when one sex exhibits a behavior or phenotype but the other sex doesn’t at all or shows an opposite response. Some sex-specific effects are related to reproductive physiology, but others aren’t. For example, the steroid hormone 17β-estradiol (also called E2), which is made by the ovaries as well as by the brains of male and female mammals, has been shown to influence neural signaling in the hippocampus of the rat. Researchers found E2 suppresses inhibitory signaling in hippocampus of female rats that have had their ovaries removed, but not in male rats, suggesting molecular signals activated by steroid hormones can differ widely between the sexes.

Sex-specific effects can also have direct clinical implications. The same research team that discovered E2’s differing effects on the hippocampus found that a drug that had already been used in a clinical trial also affected inhibitory synapses in the hippocampus of females, but not males. Downstream effects of this drug could include changes to learning, memory, appetite, and stress responses, but all previous preclinical trials had been conducted in male animals, without regard for possible sex differences.

Latent sex differences occur when the behavioral or phenotypic outcome is the same in both sexes but is achieved through different underlying mechanisms. For instance, researchers have known since the 1980s that adding E2 to slices of the rat hippocampus can activate synapses, but investigations into how this works have shown differences between the male and female brain. Looking more closely revealed E2 works through different estrogen receptors and cell types in the two sexes, resulting in the same increase in synaptic strength in both males and females.

Identifying these latent sex differences also has translational applications, as drugs that affect one particular estrogen receptor have been touted as possible treatments for Alzheimer’s disease and schizophrenia. Given the different ways E2 interacts with estrogen receptors, it is probable that a drug that affects an estrogen receptor could have distinct outcomes in men and women.

Intrinsic sex differences in the brain do not depend on sex hormones but can be influenced by sex chromosome genes and hormones during development. In order to simplify the investigation of sex differences, researchers often use animals without sex organs and thus without circulating sex hormones. To study sex differences, researchers should start with half male and half female subjects and plot data of individual subjects by sex. In this way, investigators can identify any possible sex differences and decide to look more in depth or not. Presenting data in publications by sex may also help researchers studying similar questions in the future determine whether the findings are applicable to one or both sexes.