The Benefit of Motivation for Pain Relief 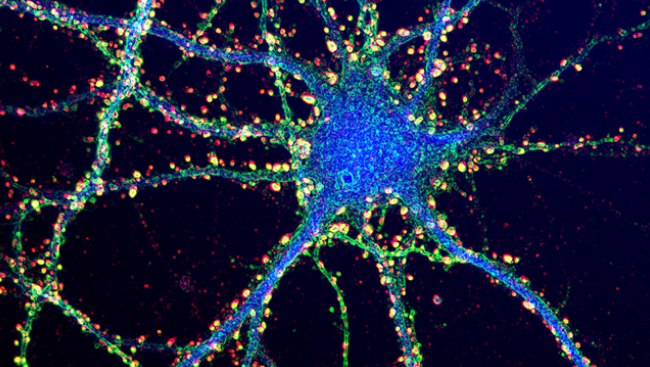 The pleasure of pain relief is known to everyone — satisfying, soothing, and much sought-after when one is in pain. For individuals suffering from chronic pain, pain relief is a major, often all-dominant, goal.

It is known that motivation to obtain reward augments the liking of the reward when obtained. Because pain relief can be conceptualized as a form of reward, we reasoned that a reduction of nociceptive input that is obtained in a motivated state should be associated with greater pain reduction than expected by the decreased nociceptive input.

Before the start of the experiment, participants’ skin on the forearm was sensitized using the TRPV1-receptor agonist capsaicin, the pain-inducing component of chili pepper. Heat was applied superficially to the sensitized area using a computer-controlled thermode.

In the control condition, participants could not chose the color the wheel would land on and therefore, could not win or lose. However, they received the same temperature reductions and increases as in the experimental condition.

Pain was assessed just after the outcome phase in two ways: subjective ratings and an adjustment task where participants adjusted the heat intensity to the intensity they remembered from the beginning of the trial. This method provides a more objective pain measure less influenced by reporting bias than pain ratings. The difference in subjectively rated pain intensity as well as objectively measured pain sensitivity between the experimental and the control conditions served as measure whether winning a reduction in temperature led to lower pain levels compared to passively obtaining the same temperature reduction.

These results indicate that pain relief when obtained in a motivated state engages endogenous pain inhibition.

These results are important in a clinical context because they might help improving behavioral therapy of chronic pain. Positive and negative reinforcement is already used in pain therapy to promote healthy behaviors and reduce maladaptive behaviors. Using pain relief as negative reinforcement might be of particular benefit because pain relief is typically the major goal of chronic pain patients and therefore associated with strong motivation. Consequently, a positive, self-amplifying feedback loop of reduced pain and improved functionality might be induced, possibly leading to long-lasting improved functionality and reduced pain in chronic pain patients.

Susanne Becker, PhD
Susanne Becker is an assistant professor in the department of cognitive and clinical neuroscience at the Central Institute of Mental Health at Heidelberg University.
﻿