Studying Sex Differences in the Brain 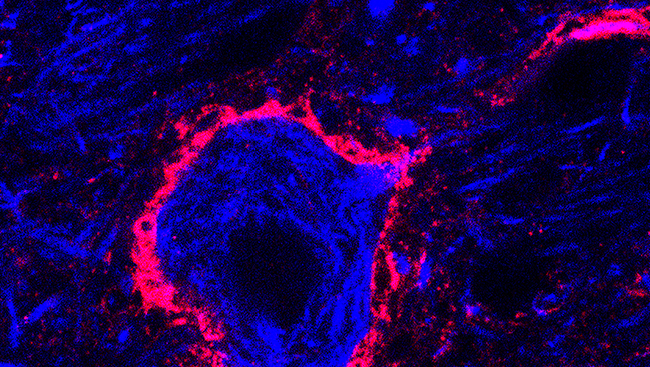 Differences between the male and female brain largely arise due to the influence of sex chromosomes and gonadal hormones and can influence behaviors such as mating, aggression, and parenting. By understanding the contributions these factors make to differences in neural circuitry and corresponding behavior, researchers can begin to identify the causes for distinctions between the sexes they’ve seen in their own results.

Sex chromosomes can influence brain structure and circuitry directly via genetics and indirectly by regulating the development of the gonads, or sex organs. In people, abnormalities in sex chromosome number cause some of the more common genetic disorders, resulting in symptoms that can affect behavior including motor and social skills, as well as language.

Scientists often use mouse models to better understand how sex chromosomes influence behavior. It is possible to study sex differences in mice by comparing typical genetic females with two X chromosomes and typical genetic males with one X and one Y chromosome to XY mice in which the Sry or “maleness” gene has been deleted from the Y chromosome, resulting in mice that with female characteristics, or XX mice with the Sry gene added to a non-sex chromosome, which grow testes.

Sex hormones — hormones produced by the gonads and brain — include estrogen, progesterone, and testosterone. These hormones influence sex-specific differences in brain circuitry very early in development in mice. A wave of testosterone in male mouse pups that is converted to estrogen in the brain is enough to cause male-typical fighting behavior in adulthood. Most behavioral sex differences that are influenced by hormones early in mouse development do not appear until young adulthood, when the production of sex hormones becomes the responsibility of the sex organs. The male testes produce testosterone, while the female ovaries make progesterone and estrogen.

While testosterone is responsible for many typically male behaviors in mice, estrogen is the main force behind the early development of sexual differences — behavioral, anatomical, and molecular — in rodents. One such difference is that males have more neurons than females in some brain areas including the posterodorsal medial amygdala and the bed nucleus of the stria terminalis, both regions that have been implicated in reproduction.

Some of these sex differences have also been observed in people, but testosterone — not estrogen — is the main driver of brain masculinization in humans. Testosterone surges in developing humans tend to be longer and more frequent than in mice. Researchers know less about the timing and duration of estrogen surges in people.

These receptors are expressed throughout the hypothalamic and limbic areas of the mammalian brain, which have been shown to be involved in reproductive behaviors, as well as in other brain areas that have been linked with fear, anxiety, stress, and reward-processing. High-quality antibodies are available to help scientists determine the presence of both androgen receptors and alpha estrogen receptors in tissues of interest.

Mutant mice are also powerful tools for understanding how hormone receptors influence neural circuitry and behavior. Researchers have studied mice lacking each of the four hormone receptors and generated conditional mutants used to inactivate a receptor in a specific cell type or at a particular time. These investigations shed light on the contribution of each of the hormones and its receptor to the development of neural circuits and to behavior and indicate that the same circuitry generates most sex-typical behavior in males and females.

Through examination of neural activation in male and female brains, researchers have been able to determine how sex-specific differences arise. Typically, dissimilarities between the sexes stem from variance in the strength and number of connections between brain areas and in how strongly groups of neurons in the same brain area are activated. Although exceptions exist in the areas that regulate female sexual receptiveness and fertility, male and female brains both are capable of generating traditionally male and female behaviors. Sex-specific differences in anatomy, activation, and behavior thus happen largely in response to the brain’s internal and environmental context, which researchers can manipulate to learn more about how the sexes diverge.