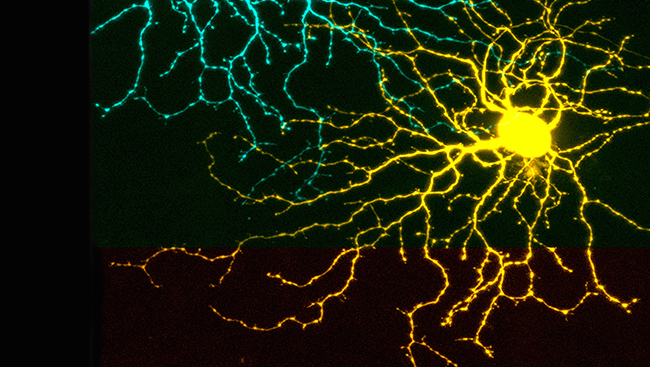 Relationships between brain oscillations and human cognition are traditionally performed using imaging modalities, such as magneto- or electroencephalography (M/EEG). For almost a century, these methods were successfully used to identify oscillatory brain activity within different frequency bands and associate them with numerous cognitive functions, as well as several neurological and psychiatric disorders.

However, as these methods provide observational data, inference about relationships between brain oscillations and cognition remains mostly correlational.

These techniques can be used to stimulate brain activity rhythmically in different oscillatory frequencies and thereby exert a rhythmic perturbation on brain activity. tACS especially is a promising tool to interfere with oscillatory activity because it is thought to entrain brain activity to an externally applied oscillation, and unlike TMS, it avoids strong visual or somatosensory sensations.

Due to a strong electromagnetic artifact introduced to M/EEG recordings, the exact effects of tACS on oscillatory brain activity during stimulation remain largely unknown.

In our study, we concurrently recorded MEG while participants were stimulated with tACS in the alpha band (8-12 Hz) and performed a classic mental rotation task in which the similarity of pairs of three-dimensional objects had to be judged. This type of task is known to cause strong, event-related suppression of brain oscillations in the alpha band.

To recover MEG signals contaminated with the tACS artifact, data were projected into source-space by using a spatial filter (beamformer). This approach results in a strong, albeit imperfect, reduction of the tACS artifact. Artifact suppression was, however, sufficient to allow comparisons of the event-related alpha modulation with and without tACS, as the residual tACS artifact cancels out when two conditions with similar artifact strength are contrasted.

Our results indicate the event-related modulation of alpha oscillations, reflected in the difference between pre- and post-stimulus alpha power, was increased during 20 minutes of active tACS, as compared to a control group receiving sham stimulation (30 seconds of tACS in the beginning of the stimulation period).

Additional control analyses ruled out the observed effect can be attributed to systematic modulations of tACS artifact strength. The stimulation thus fostered the pre-existent modulations of alpha power, rather than overwriting them.

As a control analysis, we tested whether the strength of the (uncorrected) tACS artifact is systematically modulated by the cognitive task. Such systematic modulations could be caused, for example, by systematic head-movements that change the distance between stimulation electrodes and the MEG sensor array.

Our results did not indicate the tACS effect on event-related alpha power modulation was correlated with systematic changes in artifact strength due to the task.

Many behavioral tACS studies applied stimulation continuously and evaluated behavioral performance during stimulation. As these tasks often feature some kind of event-related modulation of oscillatory activity, a priori knowledge about how tACS modulates these event-related oscillations is needed to formulate hypotheses about stimulation outcomes and interpret the obtained results.

By selectively affecting pre- or post-stimulus oscillations or both of them, continuous tACS could in principle alter event-related oscillatory activity in various directions or leave them unaffected. Our results provide first insights in which direction these oscillatory patterns might be altered.

While the exact effect of the stimulation on pre- and post-stimulus alpha power remains masked by residual tACS artifacts in the data, the finding indicates the stimulation must have exhibited its effects differently during these two intervals. This observation adds to a line of research indicating tACS effects are state-dependent even on small time scales.

Dealing with the extraordinarily strong artifact originating from electrical stimulation is one of the largest challenges in the brain stimulation community. It is agreed artifact suppression methods currently available result in a strong, yet imperfect, attenuation of the tACS artifact, resulting in a residual artifact present in the data after their application.

We propose the brain-signal-to-artifact ratio as a new measure to objectively quantify the strength of this residual artifact relative to the brain signal of interest. The computation of the ratio allows to judge the archived artifact suppression and to judge the spatial distribution of residual tACS artifacts.

As a scale-free measure, the ratio may be used to quantify the effectiveness of different artifact suppression capabilities of different methods and in different recording modalities (EEG/MEG).