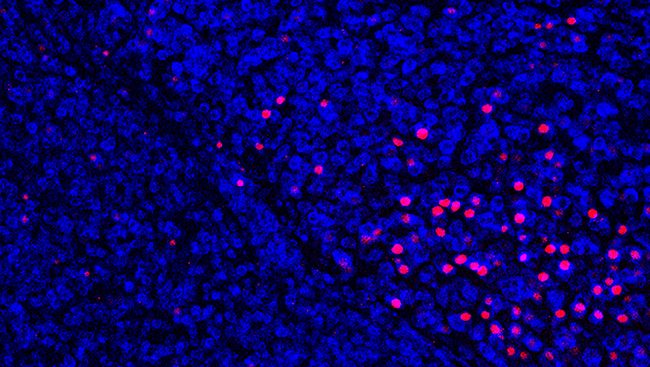 You know that eating is vital for your survival, but have you ever thought about how your brain controls how much you eat, when you eat, and what you eat? This is not a trivial question because two-thirds of Americans are either overweight or obese, and overeating is a major cause of this epidemic.

To date, the scientific effort to understand how the brain controls eating has focused primarily on brain areas involved in hunger, fullness, and pleasure. In contrast, fewer studies have examined brain regions traditionally associated with other functions, such as memory. Yet, the memory of a recently eaten meal can serve as a powerful mechanism for controlling future eating behavior because it provides a record of recent intake that likely outlasts most physiological signals generated by a meal.

Evidence from human studies suggests impairing the memory of a meal increases intake during the next eating episode and enhancing meal-related memory has the opposite effect. For example, eating while watching a television show or playing a video game distracts you from the meal you’re eating, impairs your memory of that meal, and can increase the amount you eat during the next meal. Moreover, patients with amnesia do not remember eating and will eat an additional meal when presented with food despite just having eaten to satiety.

The brain regions that mediate these inhibitory effects of ingestion-related memory on future intake are largely unknown. The principal cells of the hippocampus, pyramidal glutamatergic neurons, play a central role in memory. We reasoned that if hippocampal-dependent memory inhibits future eating, then disrupting hippocampal glutamatergic function after a meal is eaten, when the memory of the meal is being consolidated, should promote eating later, at a time when hippocampal activity is no longer disrupted.

We tested this prediction using optogenetics, a state-of-the-art method that allows us to use light to control specific cells in a behaving animal. To do this, we inserted a virus containing the eArchT3.0 gene into hippocampal pyramidal cells of male rats. Neural activity stopped in cells containing eArchT3.0 as soon as light of a certain wavelength shone on them. These neurons remained inactive for the entire time the light is on, and importantly, their function returned to baseline as soon as we turned the light off.

Compared to intake on a day in which illumination was not given, we discovered that optogenetically inhibiting hippocampal cells for 10 minutes after rats ate a meal caused the animals to eat their next meal sooner and to eat almost twice as much food during that next meal, even though the neurons were no longer inhibited during intake.

We found that optogenetically inhibiting hippocampal neurons specifically during the time immediately after a meal increased future intake of standard chow, sucrose, and saccharin. Our saccharin results are particularly interesting because saccharin is a noncaloric sweetener that produces very few of the gastrointestinal (GI) chemical signals normally generated by food. These findings suggest GI messages are not necessary for forming a meal-related memory, and the ability of hippocampal glutamatergic neurons to control future intake does not require GI messages.

Thus, our findings show hippocampal cells are necessary during the period following a meal for limiting future energy intake and suggest hippocampal neurons inhibit future eating behavior by consolidating the memory of the preceding meal.

In addition to significantly advancing our understanding of how the brain controls eating behavior, these findings have implications for understanding the causes of obesity and may present new ways to treat it.

Previous studies have shown feeding rats too much fat or sugar impairs hippocampal memory. Similarly, overeating and obesity in humans are associated with hippocampal damage and hippocampal-dependent memory deficits. Impaired hippocampal functioning, in turn, leads to further overeating and weight gain, leading to a vicious cycle that may perpetuate obesity.

Our research adds to the growing body of evidence that suggests techniques that promote hippocampal-dependent memories of what, when, and how much one eats may prove to be promising strategies for reducing eating and promoting weight loss.

Marise B. Parent, PhD
Marise Parent is a professor of neuroscience and psychology at Georgia State University.

Reilly Hannapel, PhD
Reilly Hannapel was a graduate student in the Neuroscience Institute at Georgia State University when he conducted this research as part of his recently defended doctoral dissertation. He is a behavioral neuroscientist dedicated to promoting long-term cognitive health by improving everyday habits.
﻿