Where Mitochondrial Disease Research Is Heading 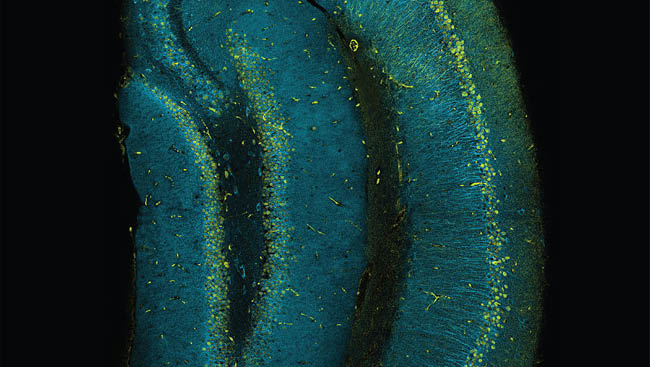 Xinnan Wang is an assistant professor of neurosurgery at the Stanford University School of Medicine. She led a breakout group at the 2016 Neurobiology of Disease Workshop, From Pediatric Encephalopathy to Alzheimer's: Linking Mitochondria to Neurological Diseases, and presented in the 2017 follow-up webinar, Linking Mitochondria to Neurological Disease. Here, she shares what inspired her to work in the mitochondrial research field, what questions she is trying to answer through her current research, and how she thinks the field can continue to make advances against certain diseases. As told to, and edited by, SfN staff.

“I can trace back my interest in the mitochondrial field to my earlier education.

I was educated in China, which has a different system. The country has a medical school at the Bachelor's level, meaning that high school students can choose to join medical school right away instead of waiting at some point during or after their undergraduate studies.

When I was in high school, I was really interested in human biology, and I was also good at it. I decided that going to medical school would be the best way to start given my curiosity with how the human body works.

I enrolled at China Medical University in a seven year combined program, with five years of regular medical school and two years of research.

My medical training is one of the reasons that I'm really interested in seeing human diseases. Exposure to patients inspires me.

Even though I now focus on basic research, I am always thinking about human patients who suffer from a particular disease. I want to know what we can learn from the lab research and how I can translate that to benefit them.

As I advanced in medical school, I realized my passion lies in science. I decided to pursue a PhD and went to the University of Cambridge in England for my training.

It was in this period of time I really became interested in the axon transport field.

I coincidentally chose a neurobiology lab that used flies as a model. My project was to model a human axon degenerative disease, called hereditary spastic paraplegia in flies. This is a motor neuron disease that affects longer axons in human patients, resulting in symptoms such as movement deficits.

A lot of neurodegenerative diseases, like Parkinson’s and ALS, also affect very elaborate axonal networks or long axons, especially motor neuron axons in humans, which can extend up to a meter.

Mitochondria, which are organelles that are synthesized in the cell body, need to be transported physically from the brain to the tip of your toe, so transporting those organelles is a very challenging job for neurons.

Related to that, there are a lot of genes that mediate transport. So that’s a perfect genetic and pathological link in human patients.

I found it fascinating to see the organelles move. By the end of my PhD, I realized that I wanted to know how organelles move in axons and set that as my long-term career goal.

After my PhD, I looked for postdoc positions. I was really interested in Tom Schwarz’s lab at Harvard Medical School.

If you remove milton, mitochondria are disassociated from microtubules, so they stop moving. In flies, you can see the mitochondria trapped in the cell body, and they cannot be transported out through the axons. This is an amazing phenotype.

Luckily, Tom Schwarz accepted me into the lab, and I was also lucky enough to take this project.

I felt like I was doing something new as I explored the intersection between mitochondrial biology and neurobiology. Our research analyzed and combined both fields to provide important information.

In my own lab now, the general question we study is, “How do mitochondria move in neurons?”

We want to understand the cellular mechanisms and how any dysfunction of those pathways could lead to neurodegeneration and might be linked to human disease.

We have some good hypotheses, which we're currently testing.

It's very clear some cellular mechanisms are already linked to disease. For example, PINK1 and PRKN directly regulate mitochondrial motility, and they’re both Parkinson's disease-causing genes.

We found compelling evidence, which we want to validate, that the pathways we study in flies are really impaired in Parkinson’s disease patient tissue.

The significance could be we may be able to find a useful biomarker and diagnostic measurement for Parkinson's patients. So far, there's no reliable diagnosis or biomarker.

That really hinders drug development, because if there's no biomarker, we can't control how the treatment will work.

We also feel mitochondria can be targeted in Parkinson's disease, so I think the biomarker development and therapeutic intervention will be the focus of the clinical side of our research for the next few years.

I'm very optimistic about progress the field is making toward these diseases. I think scientists are very close to identifying the cause of these diseases.

I think we could start identifying early risk populations using consortiums that gather information from Parkinson’s disease patients, as well as databases with data on ALS and Alzheimer’s patients.

Our results suggest that we could focus on mitochondria to look for biomarkers in people that don’t have the disease but have the mutation. I think this approach is really promising.

Even if we cannot find a cure but we can detect the diseases earlier and apply early intervention, we could significantly slow down the progression of the most severe symptoms.

That will significantly lessen the societal economic burden these diseases cause, and the debilitating pressure that caregivers faces.

Of course, if there's ultimately a cure, that would be the best. However, I can't predict how many years from now we can do that. In the meantime, we can work on multiple avenues.

I'm optimistic that through research, we'll at least find a way to detect the risk population and delay the symptoms so that the diseases aren’t so terrible anymore. I think that will provide a good relief for patients.”

Xinnan Wang, MD, PhD
Xinnan Wang is an assistant professor of neurosurgery at the Stanford University School of Medicine. Wang’s main research interests include understanding the regulatory mechanisms that control mitochondrial transport and function in neurons. She received PhD in genetics and neurobiology from the University of Cambridge.
﻿