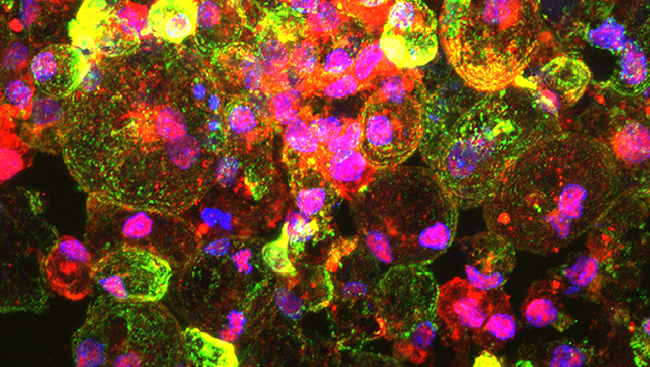 People with schizophrenia often persist in their beliefs and strategies even when evidence suggests they are wrong. Neuroscientists have shown that there is a signal in the brain that carries information about when there is a mismatch between what we expect to happen in the future and what we actually experience. This mismatch signal is called prediction error and it plays an important role in teaching us how we can improve our behavior and learn in new and changing environments. It is theorized that a disruption in prediction error underlies the learning and decision-making problems in patients with schizophrenia, as well as the major psychotic symptoms of this illness, such as hallucinations and delusions.

In the present study, we instructed a group of patients with schizophrenia and a group of healthy controls to figure out, through a trial-and-error process, which button on a handheld gamepad corresponded to which colored object presented on a computer screen. We found that patients were slower and less accurate than controls during this error-learning task. We also found that brain activity associated with prediction error signal was smaller in patients than in controls. Thus, converging evidence from the brain and behavior indicated that at the time patients were making mistakes on the task, they were not showing a normal amount of prediction error, which may have prevented them from effectively learning from their mistakes.

The crucial discovery of the present research is that by passing extremely weak levels of electrical current through the brains of patients with schizophrenia, we were able to increase the magnitude of prediction error signal in patients, causing improvements in error-dependent learning. Specifically, we found that a single 20-minute dose of safe and noninvasive electrical stimulation over the middle, front part of the brain was enough to boost the speed with which patients figured out the mapping between the stimuli on the computer screen and their button-press responses. This improvement in performance elevated patients’ level of performance to that seen in healthy individuals. Next, we found that the electrical stimulation likely had these beneficial effects on learning because the stimulation had increased the brain’s electrical activity related to prediction error processing, which presumably allowed patients to more optimally adjust decision options and better update their predictions about the world.

The results from our study could not have come at a better time. Recently, it was reported by the World Health Organization that the health state with the highest disability weight is acute schizophrenia, surpassing multiple sclerosis, untreated AIDS, and cancer. Further, decades of research have found that cognitive impairments in schizophrenia are largely unresponsive to antipsychotic medication, and currently no effective drug treatments are available for the cognitive disturbances in this illness. Our findings suggest that the methods of human cognitive neuroscience may open up an entirely new realm of possibilities for addressing mental illness. The new type of safe and effective brain stimulation protocol that we have developed here could help lay the basis for innovative drug-free intervention therapies for patients with mental health problems, such as schizophrenia.