Synapses in the Human Transentorhinal Cortex 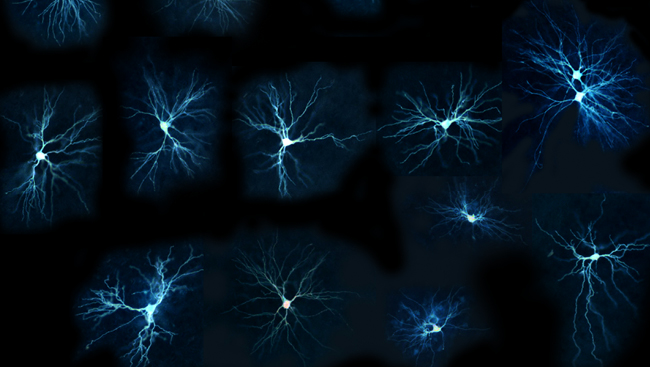 What is the synaptic organization of the transentorhinal cortex and what are the possible synaptic alterations that occur in Alzheimer’s disease?

Determination of postsynaptic targets, as well as the shape and size of the synaptic junctions, provides critical data about synaptic functionality and circuit organization.

As far as we know, 3D synaptic morphology has never been performed together with the identification of postsynaptic targets in normal human brain samples or in the brain of patients with Alzheimer’s disease (AD). Thus, this study represents the first attempt to unveil the synaptic organization of the neuropil of the human brain at the ultrastructural level.

Thanks to 3D electron microscopy (FIB/SEM technology), it is possible to obtain large numbers of 3D reconstructed synapses. This study provides a large new quantitative ultrastructure dataset of the transentorhinal cortex, including both normal and AD cases.

In addition, the morphological synaptic alterations and changes in the postsynaptic targets found in AD may further understanding of the relationship between alterations of the synaptic circuits and the cognitive deterioration observed in these patients.

Human brain tissue samples from five control cases (with no recorded neurological or psychiatric alterations) and five AD patients (time between death and tissue processing was lower than 4h in all samples) were analyzed using FIB/SEM technology. Using this 3D electron microscopy method, we determined the morphology and postsynaptic target (spines or dendritic shafts) of the 4722 identified synapses in the neuropil of layer II of the human transentorhinal cortex. Moreover, we differentiated between excitatory and inhibitory synapses (based on their differential morphology). For data analysis, we applied appropriated statistical analysis and contingency tables.

Second, in relation to the shape of synapses, in control and AD patients, the vast majority of synapses have a disk (macular) shape, followed by synapses with one or more holes (perforated), synapses with indentations in the perimeter (horseshoe-shaped), and synapses with two or more portions (fragmented).

The large quantitative synaptic ultrastructure dataset of the normal transentorhinal cortex would be useful for comparing with other brain regions when the data become available. The aim would be to try to determine if the same synaptic organization exists in cortical regions that are cytoarchitectonically and functionally different.

Furthermore, this study provides evidence of a reduction in the number of synapses targeting spine heads in AD patients. The loss of spines and, therefore, the loss of synapses and circuits could be related to cognitive decline observed in AD.

Also, we observe morphological synaptic alterations in these patients that could be due to the activation of compensatory mechanisms in response to the synaptic loss that occurs in this cortical region during the progression of the disease. However, it could be possible that this kind of mechanism fails and synaptic activity would fall off.

Marta Domínguez-Álvaro
Domínguez-Álvaro is a graduate student at the Polytechnic University of Madrid, in Spain, where she works in the Cajal Laboratory of Cortical Circuits in the Center for Biomedical Technology.

Lidia Alonso-Nanclares, PhD
Alonso-Nanclares is an assistant researcher in the Cajal Laboratory of Cortical Circuits in the Center for Biomedical Technology, at the Polytechnic University of Madrid, in Spain, and the Cajal Institute (CSIC).
﻿