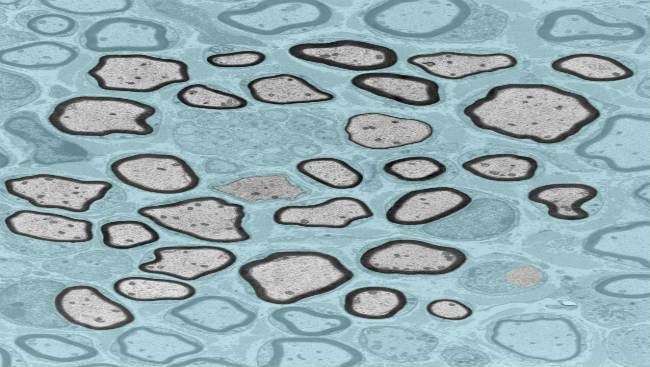 Material below summarizes the article Orchestration of Neuronal Differentiation and Progenitor Pool Expansion in the Developing Cortex by SoxC Genes, published on July 22, 2015, in JNeurosci and authored by Chao Chen, Garrett A. Lee, Ariel Pourmorady, Elisabeth Sock, and Maria J. Donoghue.

As the brain forms, there is a dynamic tension between whether a cell divides to make more mitotically active cells or differentiates to become neuron or glia. In the cerebral cortex, the biggest and most complex part of the mammalian brain, dividing cells reside close to the lateral ventricle and differentiated cells occupy domains closer to the skull.

Historically, the scientific community treated dividing cells as a single population; however, recent studies have demonstrated that there is a second population of dividing cells located a distance away from the ventricle, in the subventricular zone, that are called intermediate progenitor cells (IPCs).

These secondary progenitors are unique in that they have a different appearance than previously characterized progenitors and discrete division profiles. Scientists are especially interested in IPCs because their abundance is a strong indicator of the eventual complexity of the cortex in different species. A current hypothesis is that IPC division imbues some instruction on cells right before they finally differentiate and that this instruction promotes complexity.

But little was known about how IPCs arise and function.

Our laboratory began to examine the role of a family of transcription factors — proteins that bind to the regulatory sequences of target genes and regulate their expression — that we suspected might play a role in the differentiation of neurons. Specifically, we focused on Sox11 and Sox4 because they had been shown be important in other parts of the nervous system but had not been well-studied in the cerebral cortex.

As anticipated, Sox11 promoted the formation of cortical neurons, acting on specific target genes important in generating complex cell shapes in newly-born neurons. To our surprise, however, Sox4 was expressed within both IPCs and neurons. We used experimental strategies that increase Sox4 in cortical cells that already express native Sox4 or put Sox4 in cortical cells where Sox4 is normally not expressed (gain-of-function, GOF) or removed Sox4 from where it was usually expressed (loss-of-function, LOF) and examined the consequences of each manipulation. Our data revealed a role for Sox4 in the specification of IPCs and in their function. We went on to identify other proteins that Sox4 partners with to affect IPCs and the target genes upon which Sox4 acts.

Overall, this study provided valuable insights into how the function of cortical cells is controlled and how dividing cells transition into neurons.

This study was interesting for many reasons. First, the results obtained were not at all what was predicted when the work was initially undertaken. Generating unexpected data is one of the delights of doing research. Second, a variety of molecular, biochemical, cellular, surgical, and microscopic methods were used in this study, which was challenging, but provided comprehensive information for understanding how these molecules impact corticogenesis. Third, this study included faculty, a PhD student, and two college students; this kind of collaboration is always energizing.

However, this study is just the start. Now that we have a molecular marker of IPCs, we have a means of asking a lot more about the importance of this distinctive cell type in the formation of the brain. Stay tuned!