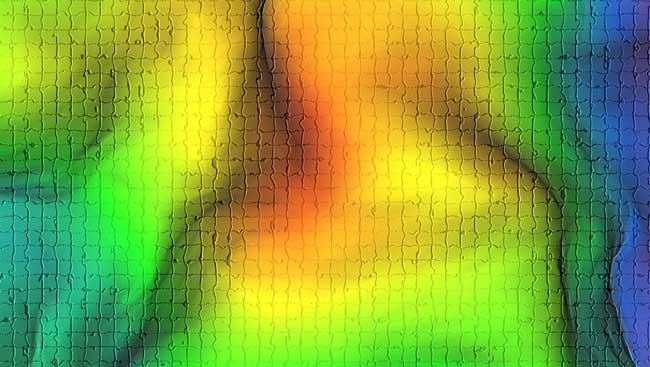 Material below summarizes the article Pleiotropic Control by Testosterone of a Learned Vocal Behavior and Its Underlying Neuroplasticity, published on January 12, 2016, in eNeuro and authored by Beau A. Alward, Farrah N. Madison, Shannon E. Parker, Jacques Balthazart, and Gregory F. Ball.

Adaptive variation in behavior often involves dynamic changes in different brain regions (neuroplasticity) that form a regulatory circuit. Steroid hormones can profoundly modulate behavior in multiple ways: generally, such as alteration of arousal, or specifically, such as enhancing a particular sensory experience.

The results from our study highlight these actions of testosterone on a complex behavior and its underlying neuroplasticity.

Song production is controlled by a vocal motor pathway (VMP), which includes HVC, the robust nucleus of the arcopallium (RA), and the hypoglossal nucleus of the twelfth cranial nerve (nXIIts). The VMP (HVC-RA) controls the syrinx, which is the avian vocal organ, via nXIIts. RA also projects to hindbrain nuclei involved in respiration to coordinate respiration required for singing. The anterior forebrain pathway (AFP) includes Area X, which projects to the lateral magnocellular nucleus of the nidopallium (LMAN), which projects to RA. The AFP is critical for song learning and development. The motivation to sing is driven by the medial preoptic nucleus (POM).

Receptors for steroid hormones are expressed throughout the song control system (SCS), suggesting that steroid hormones act at different sites to regulate a single behavior. This would allow for efficient modulation of behavior throughout various developmental or social states.

For example, for behaviors like birdsong, when vocal plasticity is important during early development, steroid concentrations in the blood tend to be low, while during puberty or adulthood, when sex steroid hormones are high, vocal stability is enhanced to facilitate successful social interactions.

Thus, steroid hormones could act on neural circuits to ensure that components of behavior are appropriately emphasized.

We previously showed that testosterone in the POM was sufficient for enhancing the motivation to sing, but these birds produced songs with lower song stereotypy (higher song-to-song variability) than birds with testosterone acting globally.

Where else must testosterone act to decrease song-to-song variability? We aimed to address this question.

Testosterone in the POM and HVC simultaneously enhanced song stereotypy to levels observed in birds with global testosterone, suggesting testosterone in HVC regulates this song feature. As with previous studies, testosterone only in the HVC did not enhance the motivation to sing, as they were no different from negative controls.

Testosterone regulates more than just behavior — it can cause substantial changes in the neuroplasticity. Interestingly, the mere action of producing a behavior has been shown to influence neuroplasticity in the circuit that regulates it.

We assessed volumetric changes in the SCS and the incorporation of new neurons into HVC. HVC has been shown to undergo substantial changes in the incorporation of new neurons throughout adulthood. Birds with testosterone in their POM only, and birds with testosterone in their HVC and POM simultaneously, showed enhanced SCS volumes that were no different from birds with global testosterone. Singing rate correlated positively with SCS volumes, in line with previous observations of activity-driven plasticity.

These experiments demonstrate that steroid hormones facilitate this regulation by coordinating the distinct features of behavior into an adaptive response. We are currently conducting research on the effects of steroid hormone action in other regions of the SCS on other aspects of song, such as syntax and the acoustic structure of individual units.

Beau Alward, PhD
Beau Alward is a postdoctoral research fellow at Stanford University in the department of biology.
﻿