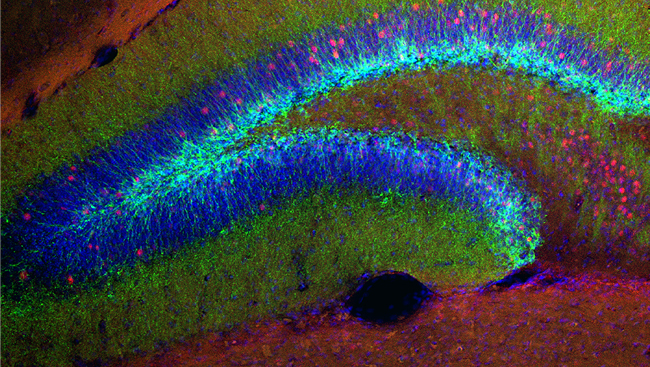 Relapse is one of the signature hallmarks of cocaine addiction, as the majority of addicts experience relapse at some point on their path to recovery. Unfortunately, current treatments have been lacking, highlighting the need for better understanding of the neurobiology of addiction toward the development of more effective therapies.

Epigenetic factors, defined as changes to gene expression that do not alter the DNA sequence, have recently been identified as targets by which environmental stimuli can induce changes in cellular gene expression and activity. Studies have found that epigenetic markers are responsible for the neural adaptations that occur in response to chronic exposure to cocaine, which in turn can inform how a neuron responds to a later exposure to cocaine or environmental triggers, such as what occurs with relapse.

We have identified a link between relapse and DNA methylation, an epigenetic factor that represses gene expression in part by preventing transcription factors from binding to the promoter of a gene. We used an intravenous self-administration model, where rats are allowed to administer cocaine of their own volition, during which time they were given L-Methioine (MET). In this case, MET acts by providing extra methyl groups, the raw material needed for dozens of transmethylation reactions in the body, including DNA methylation.

Our hypothesis was that if cocaine-induced neuroadaptations are the result of increasing expression of genes that are linked to addiction, MET will act by increasing DNA methylation, thereby obstructing access to those genes and reducing addictive-like behaviors.

Using rats, we found that MET treatment blocked locomotor sensitization, a behavioral measure of heightened reward circuitry activation that occurs after repeated cocaine. This was our first indicator that MET may block addictive-like behaviors. A separate group of rats was then trained to self-administer cocaine intravenously in operant chambers. After 10 days of cocaine use, a drug-free period known as extinction followed. We then simulated relapse by giving them an injection of cocaine and returning them to the operant chambers, a commonly used measure of drug-seeking behaviors in rats.

While MET treatment had no effect on the amount of cocaine the rats self-administered, MET significantly reduced drug-seeking behavior after the priming injection of cocaine. Furthermore, cocaine self-administration increased expression of the DNA methyltransferases 3a and 3b (Dnmt3a, Dnmt3b) in the nucleus accumbens (NAc), a key brain region responsible for reward processing and reinforcement. These enzymes are responsible for attaching methyl groups (provided by MET) to the DNA, thereby blocking access to the gene. While cocaine increased Dnmt3a and Dnmt3b, we found a decrease in global DNA methylation in the NAc of rats that self-administered cocaine.

Indeed, this coincides with the literature that shows global transcriptional activation with repeated cocaine in the NAc, but whether the increased Dnmt3a and Dnmt3b is a response to, or a result of, this global hypomethylation is unknown.

One gene that was found to be increased by cocaine was the immediate early gene c-Fos, commonly used as a marker of neuronal and transcriptional activation. This was found in the NAc as well as the medial prefrontal cortex (mPFC), a forebrain structure critical for decision-making and executive function. These two brain regions comprise a circuit whose activation is necessary for drug-induced reinstatement in rats and relapse in humans.

Interestingly, MET treatment blocked cocaine-induced c-Fos activation in these brain areas. But is MET exerting this effect by increasing DNA methylation at the c-Fos promoter?

Using bisulfite sequencing, we demonstrated that cocaine self-administration decreased promoter methylation while MET treatment reversed this change in DNA methylation, ultimately contributing to the change in gene expression seen in the NAc (but not in the mPFC).

There are many other epigenetic factors that interact with DNA methylation to regulate gene expression, and understanding how they are orchestrated to regulate transcriptional and behavioral output will prove to be one of the most challenging questions in the burgeoning field of neuroepigenetics.

Here, we have uncovered one way in which cocaine induces changes in DNA methylation and, in turn, how these behavioral and epigenetic changes can be reversed by methyl supplementation. These findings require additional follow-up experiments to confirm if MET has potential to be tested as a low-cost preventative treatment for relapse to cocaine.