Explore resources and articles on chemogenetics.

How Does the Medial Prefrontal Cortex Regulate the Strength of Memory Encoding? 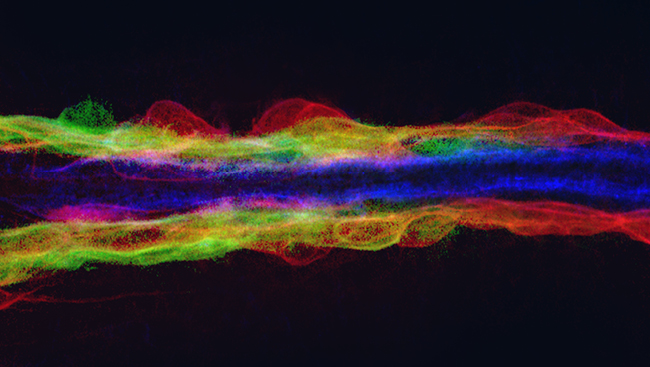 Imagine if we remembered every detail of every event we’ve ever experienced. Trying to find a particular memory would be like searching for a needle in a thousand haystacks.

Luckily, our brains don’t store carbon copies of all the events we’ve experienced. Rather, our brains tend to remember important events, and trivial ones are often forgotten. This ability to capture the most relevant information from everyday experiences without constantly learning unimportant details is vital to survival and mental health. But how do our brains decide which events are important enough to store as long-term memories?

Previous work has shown a brain region called the hippocampus is essential for encoding into memory the events we encounter during everyday life. More recently, evidence has suggested activation of another brain region, the medial prefrontal cortex (mPFC), during events is also important for successful memory encoding.

There seems to be a dynamic interplay between the hippocampus and mPFC that is responsible for the long-term storage of memories. The existence of such an interplay raises the possibility that the mPFC may control the strength of memory encoding. The underlying neural mechanism by which the mPFC determines the relevance of events, however, is not well understood.

To address this question, we used a chemogenetic manipulation to activate rats’ mPFC while they performed an associative learning task. To do this, we expressed an artificial receptor in excitatory mPFC neurons, so when rats were injected with a drug, the excitatory neurons that contained the receptor were selectively turned on.

During the task, rats had the opportunity to learn relationships between different neutral events that could be paired with an aversive event, and were later required to update those associations when the contingency changed across days. We also recorded local field potentials (LFP) from the mPFC while rats learned the task to examine how the network changed as a function of memory encoding and chemogenetic mPFC activation.

In control rats, we found theta (4–12 Hz) LFP activity began to ramp up toward the expected onset of the aversive event, and this theta activity later tracked the changes in the updated event contingency. In rats with mPFC activation, not only did they learn faster than controls, but the ramping theta activity during the initial learning also emerged at a much earlier time point. Compared to controls, we found rats with an activated mPFC displayed a stronger correlation between the ramping theta activity and the strength of memory encoding. Our results demonstrate activating the mPFC allowed rats to form memories of important events without increasing learning of unimportant details.

The memory enhancement was associated with improved responses of mPFC network to the important events during the initial learning. These observations suggest a tight link between the ramping activity and the encoding of associative memory. The dynamics of the mPFC network activation during learning therefore likely provide a relevance-signaling mechanism in which the mPFC controls the encoding fate of those events in long-term memory.

Our findings expand on the previous behavioral and neurophysiological evidence by providing a proof of concept that the elevated mPFC activity induces a network state conducive to accelerated memory encoding. Critical next steps are to identify the long-range pathways through which the mPFC exerts control over memory encoding, and how the activity of individual neurons within the mPFC perform this function.

Remembering too little can be debilitating, especially to those facing memory handicaps. We believe our finding furthers understanding of how to make certain events better remembered for a long period of time. Understanding memory regulation processes is important, because it informs future treatment of the fast-growing elderly population facing memory deficits. From a clinical perspective, the present finding identifies manipulations of the mPFC’s activity level as a way to tap into an intrinsic memory encoding mechanism, raising the potential of activating the mPFC as a novel strategy for cognitive restoration.

Justin Jarovi
Justin Jarovi is a PhD student in the cell and systems biology department at the University of Toronto.
4 of 5 articles left
Login or Become a Member to unlock content
Scientific Research

Read the latest research on chemogenetics: