Changes in the Brain and Behavior During Adolescence 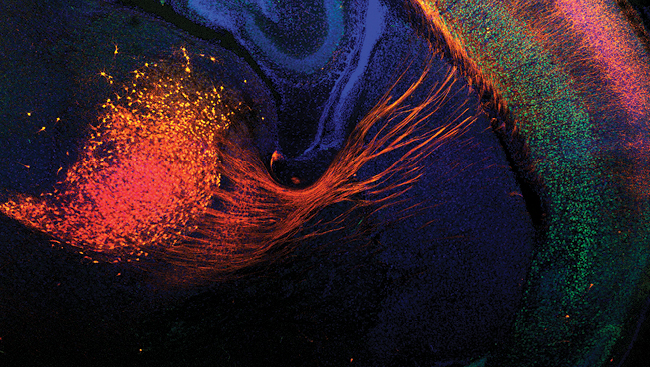 Adolescence — the transition from childhood to adulthood — is a time of great change in the brain and behavior. In addition to sexual maturity, individuals also develop social and emotional skills during this time that will serve them as adults. Traditionally, researchers trying to understand this period have focused on a mismatch in the brain between increased sensitivity to rewarding stimuli and still-developing inhibitory control, which appears to lead to vulnerability to psychiatric disorders and risky behavior such as drug-seeking. What follows is a discussion of how hormones, the brain, and social factors affect adolescent development.

Puberty also describes the transition from childhood to adulthood, but it focuses specifically on changes in physiology and behavior. These changes differ between the sexes and include mating behaviors, secondary sex characteristics, and activation of hormonal crosstalk between the brain and the gonads or sex organs. Scientists who investigate these changes often ask whether brain and behavior changes observed during adolescence depend on puberty. They have found that some do, and some do not.

Research in both humans and model organisms indicates adolescents are more sensitive to rewarding stimuli than adults. Biological sex also appears to play a role. For instance, scientists have shown that human males are more impulsive than females through their mid-twenties and that adolescent male rats are more sensitive to tasty food than both adolescent female and adult rats. At least some of these observations may be explained by recent studies demonstrating the cortex and the striatum, the part of the brain thought to play a large role in determining how rewarding a stimulus or behavior is, develop more slowly in males than in females.

The circuit that plays a large role in receiving and regulating rewarding stimuli is the mesocorticolimbic dopamine pathway. In rodents and primates, this pathway undergoes extensive changes during adolescence. One of the most striking changes is the steady, linear increase in dopaminergic neural projections that happens in both males and females in the brain area known as the medial prefrontal cortex, or mPFC. In addition to the increase in projections, the brain regions involved in this circuit also increase the expression of dopamine receptors during adolescence.

In attempting to understand the interplay between hormones and brain development, scientists have found a specific role for puberty on the mPFC. For instance, this brain region undergoes neuronal pruning and a corresponding decrease in volume during puberty, but not in female rats that have had their ovaries removed and are thus missing crucial hormones. Researchers now suspect that changes in structure that happen in the mPFC during puberty could be a driver of the differences in decision-making and reward learning between adolescence and adulthood, but further studies are needed to fully understand this potential link.

Alongside changes in the brain and hormones, adolescent humans and rodents experience changes in how they respond to social structure that can, in turn, drive changes in neural circuitry. In humans, adolescents start to rely more on their peers for social support and, in doing so, learn behaviors that will serve them as adults. Reward circuitry, particularly the region known as the basolateral amygdala, is known to be involved in how the brain responds to social situations. Another area, the medial amygdala, which is outside of the traditional reward circuit, has provided researchers with some understanding of how sex differences affect the brain’s response to social reward.