When It Comes to Issues of Identity and Authenticity in DBS, Let Patients Have a Voice 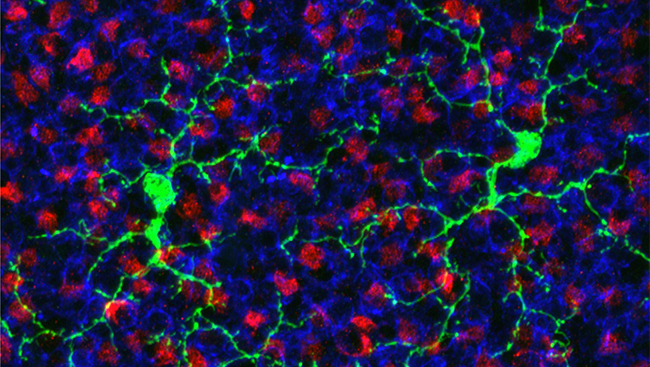 Deep brain stimulation (DBS) is an extraordinarily popular topic in neuroethics. A special issue on the topic in AJOBN can be found here.

Among the most widely discussed neuroethical issues in the DBS arena are concerns over the effects on patient identity and authenticity. But one perspective that has not been fully represented in the academic literature is that of the patients for whom this is actually their last hope to find a way out of a profound, debilitating and often years-long episode of depression.

At February 2015’s Neuroethics and Neuroscience in the News journal club, Dr. Helen Mayberg spoke about the approach that led her team to attempt DBS for major depressive disorder (MDD), the media response, and how that has affected her work to improve the technique, better understand the etiology of MDD, and allow patients to get back to their lives.

The DBS for depression story goes back more than a decade and began in Toronto. Mayberg’s group consistently found cingulate area 25 to be differentially active in mood studies: it was tonically active in depressed patients and became transiently activated when healthy subjects were saddened while in the PET scanner. The idea was put forward that if the activity of this area could be reduced, perhaps it may lift some patients who had exhausted all other options out of the depths of the most debilitating degrees of depression. By this time, deep brain stimulation of the basal ganglia had become a mainstream treatment to calm tremors resulting from some motor disorders, particularly those resulting from Parkinson’s disease.

The initial DBS for depression study was a major success and quickly made waves in psychiatry and the news media. To quote Mayberg, “the term ‘going viral’ didn’t exist in 2006, but it definitely went viral.”

In an article entitled, A Depression Switch?, David Dobbs writing for The New York Times Magazine profiled a patient, Deanna Cole-Benjamin, who was added to the initial study after several years of a devastating, profound depressive episode that had proven resistant to psychotherapy, drugs, and upwards of 100 electroconvulsive therapy sessions. Her experience with DBS, however, was extraordinary and she recounted it this way: “It was literally like a switch being turned on that had been held down for years … All of a sudden they hit the spot, and I feel so calm and so peaceful. It was overwhelming to be able to process emotion on somebody's face. I'd been numb to that for so long.”

Initially, Mayberg was dismayed by the article’s title, which indicated that this was a quick, almost miraculous fix rather than a long process that requires ongoing brain stimulation delivered long-term using the implanted device and active psychotherapy and retraining on the part of the patient to recover fully. But she recognized that these were, in fact, the patient’s words. Indeed, patients, Mayberg added, should have more a voice in the neuroethics literature.

Neuroethicists have written at length about the potential effects of DBS on patient identity, what it means for authenticity, and also ideas such as alienation. These are important issues, as Parkinson’s patients undergoing DBS for motor symptoms, for example, have on occasion had serious negative post-operative side effects including mania and suicidal ideation.

Perhaps the most central questions to neuroethicists are: Is the device infringing on or altering patient autonomy, and is the patient’s identity or authentic self fundamentally changed by the so-called brain pacemaker.

However, hearing Mayberg describe patients who have been completely debilitated by the disease, who can no longer care for themselves or others, and think of little other than suicide, ethical concerns about whether a potential treatment might compromise the patient’s authenticity seem absurd.

If your authentic self essentially cannot function any longer, then is there any other option but to alter it? Still, post-operatively, some patients describe an anxiety or fear that the efficacy of the stimulation will erode over time and that at any moment, the disease that, in Deanna’s case, came on without warning, could re-emerge. Mayberg, though, contends that successful DBS procedures return patients to who they really are. That identity could be better defined as “who are you without depression.” This can be difficult to ascertain for the researchers, however, because their first impression of the patient is always in a profoundly depressed state, and they can only see that pre-depression identity through the eyes of their family and friends.

If the hypothesis that over-activity of area 25 is underlying MDD holds up to further testing then, in a simplistic sense, it fits nicely with the “back to your old self” notion. Conceptually speaking, this is not a method intended to overcome a negative with an overabundance of positives in other areas. Instead, the idea is to normalize the activity of a particularly powerful area where the activity somehow went haywire.

Researchers have found that DBS of the nucleus accumbens, a key node of the so-called reward circuit, can elicit euphoric feelings. Mayberg stressed that in her view, DBS of area 25 for MDD is different:It restores more normal function and enables patients to get back to their lives (and rather than activating an area, she likens DBS in area 25 to taking off the brake). For this reason, Mayberg considers area 25 stimulation as more of a removal of inhibition that does not really create or activate a new identity, but circumvents the barrier to enable one to be their authentic self whoever that may be.

But what is also missing from this explanation is how patients view who they are before and after stimulation and ultimately this is an empirical question, which is where Mayberg’s recent study on intraoperative self-assessment from patients come into play.

The neuroethical discussions over how to understand the many applications of DBS and its consequences for patients will continue and, it now seems, so will the medical and scientific debates over the effectiveness of the procedure. The multi-site BROADEN clinical trial was halted, and there has been some degree of blowback on other blogs criticizing the early enthusiasm surrounding DBS for MDD. The potential physical and nonphysical harms of such an intervention, the critics argue, are not worth the risks given the absence of a consistent benefit.

But perhaps now is the best time, as researchers continue to push forward in the pursuit of understanding MDD’s underlying mechanisms and how DBS might help patients with MDD, to also reconsider the approaches to evaluating patients’ perspectives and views on the value and risks of the intervention.

Ryan Purcell, PhD
Ryan Purcell is a postdoctoral fellow at Emory University. He previously worked as an assistant managing editor at the American Journal of Bioethics Neuroscience.
﻿
MORE
4 of 5 articles left
Login or Become a Member to unlock content