The Lasting Impacts of Postdocs Abroad 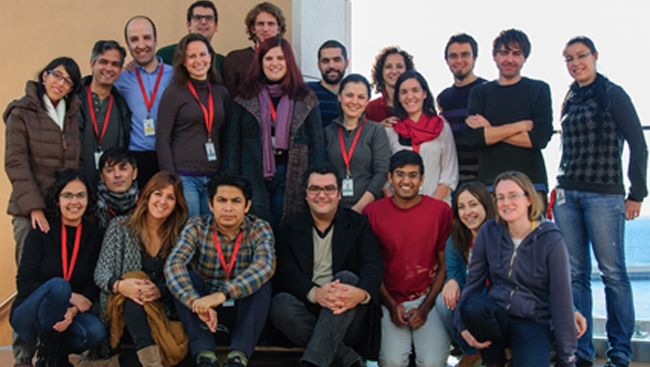 What you learn during your postdoc could continue to shape your career even years later. Fatuel Tecuapetla, tenured researcher at the National Autonomous University of Mexico (UNAM), still incorporates valuable career and life lessons he discovered through his two postdocs abroad. Here, he reflects on how he made the decision to do a second postdoc, ways he grew as a scientist, and advice for young researchers.

How did you approach your postdoctoral training?

During my PhD at UNAM, I asked my advisers, "What do I need to do to have a position here one day?”

To be competitive, they said I’d need good quality publications and the ability to bring something different to Mexico — a technique nobody else was doing, for example.

I made a plan and focused on it. There were certain techniques I wanted to learn, so I tried to find labs that would help me.

I then did two postdocs. One was at Rutgers University in Newark, New Jersey, and the other was at the Champalimaud Neuroscience Program in Lisbon, Portugal.

The postdoc in Portugal had the biggest impact on my career. I ended up moving there for four years and learned techniques while collaborating with incredible people. By the time I was finishing my postdoc in Portugal, I was waiting for an open position at UNAM.

How did you decide completing a second postdoc was right for you?

While at Rutgers, I knew I needed to move on towards more complex scientific questions, perhaps incorporating new techniques. I interviewed with Rui Costa at NIH, and he mentioned he was moving to Portugal and offered for me to visit.

Getting to see his lab environment for a week helped me make my decision. I had the opportunity to interact with everyone and spent most of my time with the postdocs, students, and the lab manager. Through those interactions, I recognized I’d fit into the group.

My advice is to visit the lab you’re interested in if you can before you decide to start working there. Especially if you’re going abroad, the transition from one culture to another is already a big step.

Of course, your decisions should be guided by the scientific questions. But, we’re also all humans, and considering the dynamics you’ll encounter is important.

That postdoc experience gave me the opportunity to interact with a diversity of cultures and minds. Even though I was doubtful about moving to Portugal at first, it was an exciting transition because I was guided by the scientific community.

How did your experience in Portugal impact your development as a scientist?

I gained a lot of self-confidence from my postdoc in Portugal.

Since I was coming from a developing country, I had doubts about whether I was going to achieve the same level of science as people who trained at a university in a developed nation.

In the United States and Portugal, I had the opportunity to get to know and conduct science with people who I had read about in textbooks. When I started working with them and solving questions, I realized even though we’re coming from different backgrounds, the scientific method is the same, and it’s very strict. Everyone has to have a solid plan to answer research questions. As I was interacting with all those highly qualified people, I realized I was at the same level and could work on the same questions they’re trying to answer.

After Portugal, you returned to Mexico. Why was it important for you to go back?

The Mexican government used to offer fellowships in exchange for social service to the community. I received one, but by the time I finished my PhD, it wasn’t required to do community service.

However, I’d grown so much thanks to that program that, for me personally, it was important to eventually return home and build up the field. I wanted to train students so they could succeed in their careers by transmitting all of the valuable training and guidance I received.

Now, I and many other young scientists want to build up our community so we aren’t just competitive in Mexico. We want our science to be competitive with the international scientific community as well.

Looking back, are there any lessons from your training you now incorporate into your own lab?

I pay a lot of attention to collaborative groups I put together. Watching Rui Costa during my second postdoc taught me how to form a collaborative group that shares long-term goals. He was clever in selecting people who were open to collaborating and working in the same direction, and who were willing to learn and teach. Now, I’m clear with the people I’m working with about our mutual goals, which creates an environment where everybody is moving in the same direction.

I also learned the value of discipline from my PhD training and my first postdoc at Rutgers, which I try to instill in my lab.

What is your advice to early career scientists?

I once heard David Ravish, a researcher in the United States, share something about his own life that inspired me. He said when he was doing his PhD, he started to think about the next step. But he knew that next step needed to take into account where he wanted to be years later.

Now, when I hear students, especially from Mexico, want to go abroad, I ask them, "Where do you plan to be 15 years from now?"

It was clear to my collaborators and me we needed to make a long-term plan if we wanted to set up a long-term career.

Fatuel Tecuapetla, PhD
Fatuel Tecuapetla is a tenured researcher at the National Autonomous University of Mexico (UNAM), where he also received his PhD. He completed two postdocs abroad, one at Rutgers University under James Tapper and the other at the Champalimaud Neuroscience Program under Rui Costa. His research focuses on understanding the functions of basal ganglia circuits.
﻿
MORE
4 of 5 articles left
Login or Become a Member to unlock content