Postdocs Share: Moving From Europe to the United States 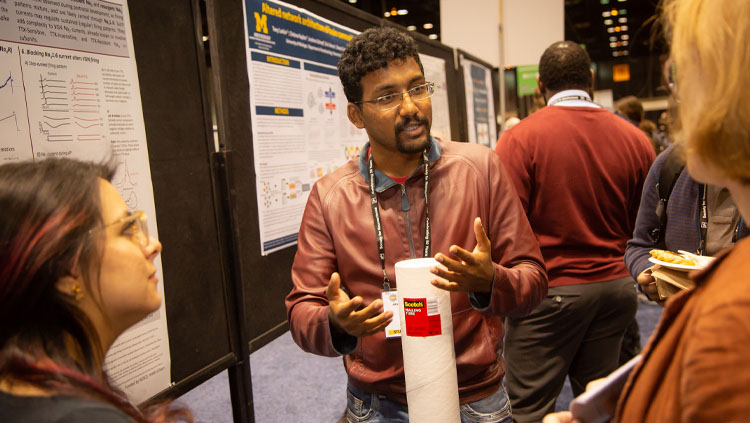 Exciting scientific opportunities are available practically anywhere in the world, but many PhD students consider the United States or countries in Europe as primary destinations for a postdoc.

Deciding between the two can be a challenge, as they have similar demands on research quality, quantity, and impact.

As with any work environment, however, science is highly influenced by local culture. If you’re deciding between Europe and the United States, focus your efforts on learning about the culture of the places you’re considering.

In this article, we’ll share cultural themes that arose among our personal experiences moving from Europe to the United States. Our intent is to empower you to make a more informed choice about where to take this next step in your career.

For my postdoc, I moved from Nencki Institute in Warsaw, Poland, to Yale University in New Haven, Connecticut. Here are my thoughts on some differences worth considering.

In the EU, even though partnerships with industry are highly encouraged and many countries have grant agencies specifically devoted to collaborative projects, this can be very country-specific and complicated by certain EU legislations. As I see it, large scale commercial projects are easier to come across in the U.S., while basic research is still king in Europe.

Another issue to consider is a role of a postdoc both as a mentor and as a mentee. In my experience in Europe, postdocs are more independent, and aside from conducting their own projects, oversee the work of PhD students and undergrads.

In the U.S., the majority of postdocs’ time is expected to be devoted to advancing the research. Also, in accordance with my observations, life-long mentorship and support from a supervisor in shaping your future career are more pronounced in Europe, while the U.S. system promotes independence in every aspect.

Women’s issues are extremely important to me, so I find some facts about this worth sharing. In the European Union, efforts to balance gender inequality in science are more formalized than they are in the U.S. They include science funding regulations, such as additional time to apply for grants if you became a parent, and obligatory assessment of the gender balance on teams conducting EU-funded scientific projects.

As to the gender pay gap, while on average it is smaller in EuropeOne last piece of advice: Do not underestimate your gut. (16% vs. 18% in the U.S., according to Eurostat and the World Bank, 2018), it varies significantly between the countries and can be as low as 7.2% in Poland or as high as 21% in Germany (Eurostat, 2019).

One last piece of advice: Do not underestimate your gut. Regardless of the geographic location and all the other considerations discussed, the most crucial factor influencing your success and well-being is a good fit between you and the lab. Stay true to yourself.

I moved from Dublin, Ireland, to Worcester, Massachusetts. The Boston area is famous for its Irish American population, and indeed, much was familiar. However, there were still some cultural differences to which I had to adapt.

One shift was in work communication style. Growing up in Ireland, the real purpose of a statement was often more implied than stated outright. “Spelling things out” could be a good way to insult someone’s intelligence, whereas in the U.S., I found that not being entirely clear on a matter often resulted in being misunderstood. I didn’t make a conscious decision to adapt to this, but nonetheless, over the course of three and a half years in Massachusetts, I did notice myself increasingly favoring clear, direct communication, a reduced use of colloquialisms, and a tendency to both repeat and summarize habitually.

Paradoxically, though, I found that when it came to more personal forms of feedback, many Americans could be as indirect as the Irish. One consequence of this was that while people were initially failing to understand my communication style, they tended not to mention it.

Another observation I made was that in the U.S., conversations typically, though not always, tended to be more formal and have greater sensitivity to workplace or other hierarchies.

Another unexpected difference was the relative emphasis on individual over group achievement. Both locations valued teamwork, collaboration, and helping each other out. However, I felt that in the U.S., performance was ultimately assessed in terms of what you had achieved within your project, I observed more group work in Ireland, whereas the U.S. established clearer boundaries for division of labor. and that this was the extent of your responsibility.

In Ireland, individual achievement was of course very important, but I felt there was also much greater value and responsibility for team contributions and group performance. In keeping with this, I observed more group work in Ireland, whereas equivalent projects in the U.S. often established clearer boundaries for division of labor and individual accountability.

For my postdoctoral research, I moved from Greece, where I completed my PhD, to the Massachusetts Institute of Technology, in Boston.

What I found most different between the two environments was the work-life balance. In Greece, I would spend about 10 hours in the lab daily, doing experiments, studying, attending meetings, and doing anything else related to the lab. Then I had my social life and activities outside the lab. A lot of those would be planned, but most of them were spontaneous.

At MIT, people would plan their workdays ahead of time to accommodate personal activities throughout — going to the gym,In Greece, I had my social life and activities outside the lab. At MIT, personal life is completely integrated with work in the lab. for example, or taking one-hour lunch breaks or 30-minute coffee breaks. Personal life is completely integrated with work in the lab. To accommodate that, everything had to be planned at least a week ahead, and to go out and do something impromptu was not easy I found that difficult to adjust to at first, but eventually I got used to this kind of mentality. In the end, it’s just a different way of organizing your time, and it all comes down to your personal style and preference.

Under the same umbrella, having a family in the U.S. as a postdoc is challenging. This is primarily due to the low postdoc salary/high cost of living problem, which is magnified when you decide to have children. Unless you have extended family living nearby, you’ll need daycare for your child, which is very expensive. In Greece, daycare is not as expensive, and low-income families are eligible for free daycare. But in Boston that is not the case, and for our family with two children and two postdoc salaries, we ended up spending my entire salary and part of my husband’s for daycare and the rest of the money on rent, bills, groceries, etc. Saving money wasn’t an option. Other parts of the U.S. are less expensive than Boston, though, and thus may be more “forgiving” if you decide to have a family.

Keep in mind that both the U.S. and Europe are large and diverse regions, as are the scientific environments within them. It’s impossible to generalize the scientific working culture of either. The above accounts are simply a few individual experiences that help to highlight the fact that differences in the scientific culture do exist across the world, and that this is something to be aware of when deciding where to live and work abroad.

Our advice is to reach out to someone with first-hand knowledge of the work environment at a prospective institution. They can give you a clear picture of the institutional culture, which doesn’t always reflect the broader culture of the region it’s in.

Alicja Puścian
Alicja Puścian is a senior postdoctoral fellow in the laboratory of Ewelina Knapska at Nencki Institute of Experimental Biolog, Poland, where she also obtained her PhD studying circuit-specific therapeutic interventions in synaptopathies relevant to neurodevelopmental disorders.

Marina Vidaki
Marina Vidaki is an assistant professor of molecular-cellular biology in the Medical School of the University of Crete, Greece. Vidaki's research focuses on axon biology and the molecular mechanisms that generate and regenerate connectivity in the CNS.
﻿
MORE
4 of 5 articles left
Login or Become a Member to unlock content