Learn From Mexico's Scientific Culture of Interaction and Sharing 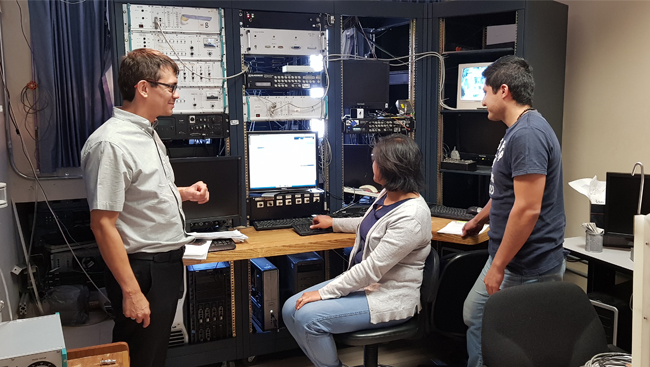 I see neuroscience starting to thrive in Mexico.

Here’s some history to show what’s contributed to that. Mexican neuroscience started in the 1940s and was led by two neuroscientists: Arturo Rosenblueth and Raúl Hernández Peón.

Rosenblueth worked at Harvard University but eventually returned to Mexico and started the Center for Research and Advanced Studies of the National Polytechnic Institute (Cinvestav). It’s similar to Princeton’s Institute for Advanced Study and centered mainly around neuroscience, mathematics, and physics. He was a big promoter of basic science and had high academic standards, which led his group to make significant strides for the field.

Hernández Peón had a similar background. He began working at the University of California, Los Angeles, but returned to the National University of Mexico, where he formed a successful research team.

Now, there’s a wave of young researchers who have a thirst for strong science, work hard, and have a good attitude. I’m optimistic about their potential.

Most of these neuroscientists did or are doing their PhD in Mexico with established scientists who are leading by example and conducting neuroscience with high standards. In their training, they’re getting an idea of the funding rules and scenarios, ways to build a Mexican research program, and how to be realistically ambitious.

This new generation is very open with each other.

They’re willing to share their infrastructure, data, and analytical tools. There’s a continually expanding network between them, and I think this is crucial to take Mexico above the level where we are now.

To do this, we are trying to instill a mindset of active mentoring to develop even stronger students.

This is happening, though slowly.

Mentoring is a fundamental part of science. It’s an art you have to learn and practice.

I am fortunate to mentor future excellent doctors, biologists, psychologists, engineers, physicists, and mathematicians. Each individual has their own abilities and passions, so as a mentor, I try to focus on and develop their best abilities. We see how they thrive and grow. Suddenly they start to teach you much more than you are teaching them, and that, for me, is when I know a student is starting to take the wheel.

There are many elements of effective mentoring.

A mentor should be passionate about their science and know what it means to work on every aspect of a project. They should also model the discipline required of a scientist. In systems neuroscience, for example, a student needs to learn programming, how to train an animal, psychophysics, surgical techniques, electrophysiology, computational neuroscience, and statistics. This is a lengthy process, and a good mentor should be teaching every single step.

Communication is also important. A mentor should be clear and fair.

They need to also create a nice lab environment where people are willing to share. There shouldn’t be any unfruitful competition.

The funding environment in Mexico also promotes a culture of networking.

Most of the grants we get are to form collaborations with scientists who practice different methodologies and apply different approaches.

I think this is important for the field and also for students’ scientific formation.

Sending a student to a different lab for a few months to learn a new technique is helpful for their own growth and your lab. They’ll return ready to use what they learned in your lab and with the potential lead to a collaboration with that group.

If you set up a collaboration through a grant or another connection, it is most important to identify a genuine goal shared by both groups. Then, you can come together with different tools to try to answer that question.

In Mexico, we know we are not a large group. We know the best thing we can do is help each other so we can potentiate our research and generate a second or third generation even stronger than we are.

In the years to come, I’m optimistic our current researchers will continue to generate a lot of good for the field.

Hugo Merchant, PhD
Hugo Merchant is a professor at the Institute of Neurobiology at the National University of Mexico.
﻿
MORE
4 of 5 articles left
Login or Become a Member to unlock content