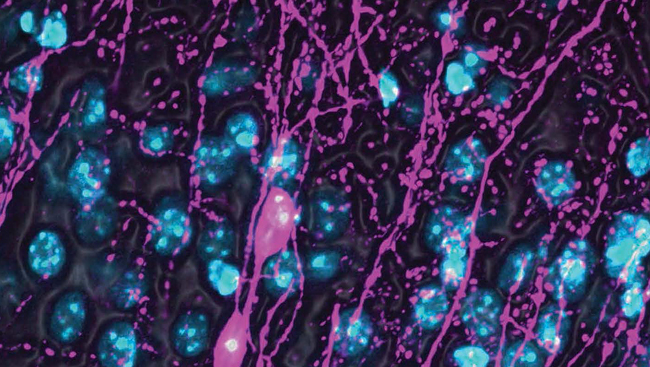 Neuroscientists can measure changes in the brain associated with different types of memory. Recent experiments on rodents have shown that memories can be manipulated.

In one experiment, researchers implanted a false fear memory in a mouse brain, causing it to elicit a fear response to a stimulus to which it was not actually exposed. In a different experiment, researchers electrically stimulated place cells in a mouse hippocampus as well as cells in the reward system during sleep, which induced learned behavior where mice linked a specific location to a reward.

This type of manipulation may eventually serve a therapeutic purpose in humans. Psychiatric disorders, including subtypes of major depression, generalized anxiety, phobia, panic, and especially post-traumatic stress disorder (PTSD), can be conceptualized as disorders of memory content. In such a model, the neural representation of the emotional component of the memory, or emotional trace, of a traumatic experience persists beyond any adaptive purpose.

This causes dysregulation in the fear memory system, resulting in pathology associated with impaired cognitive, affective, and volitional functions (read this article and this article). I’d also like to propose that unlike disorders of memory capacity, such as anterograde or retrograde amnesia, where one cannot form or retain memories, the problem in disorders of memory content, like PTSD, is the inability to get rid of or “extinguish” them.

The source of this dysfunction in the fear memory system is neural changes employed during the consolidation and reconsolidation of an emotionally charged memory of fear-inducing stimuli. These changes can be linked to a hyperactive amygdala, the critical region of the brain’s fear system.

One model of memory formation in response to fearful or traumatic events is that memory becomes consolidated in the amygdala through the action of released noradrenaline (read this article and this article). The memory consolidates further through learned behavior as the subject repeatedly experiences a conditioned stimulus paired with an aversive stimulus. It is thought that memories that have been consolidated need to reconsolidated, or updated, to remain in storage. This occurs when they are retrieved in conscious or unconscious recall of events.

One aim of some research directed at treating PTSD is to weaken or prevent the formation of a traumatic emotional memory by disrupting reconsolidation during or immediately after retrieval, because at this time memories are labile and susceptible to alteration. Psychiatrist Roger Pitman explains that “for reconsolidation blockade, or updating, to be successful, two steps are required. First, the problematic memory must be destabilized. Second, its restabilization (reconsolidation) must then be prevented or modified (updated)”. An active area of research has been aimed at manipulating changes in genetic machinery such as transcription factors to alter protein production necessary for reconsolidation.

Several interventions have been used for reconsolidation blockade. It is thought that when a memory is retrieved, it becomes labile and susceptible to alteration. The memory must be re-consolidated in order to stay intact.

Reconsolidation can also be disrupted pharmacologically. The beta-adrenergic receptor antagonist propranolol can also block the consolidating action (as represented by altered physiological responses associated with a fear response like heart rate and skin conductance) by blockade of beta adrenergic receptors in humans. In essence, one might surmise that by attenuating its emotional salience, the drug takes the sting out of the memory while leaving its cognitive trace intact.

Even so, stress or other environmental factors can trigger a return of a heightened fear response (read this article and this article), and not all subjects can be trained so that the conditioned stimulus no longer signals danger. If the emotional representation of the memory is weakened but not literally erased, then it is possible that a stimulus reminding the subject of the original traumatic experience could reactivate the memory’s emotionally charged content and reactivate the psychopathology.

This intervention has been used only in animal models. Because it is still a hypothetical intervention for humans, any claims about memory erasure must be made tentatively. There are a number of challenges in using this intervention as therapy.

One problem is that the longer a memory has been stored in the brain, the more difficult it is to destabilize and alter it (with the exception of memory retrieval in which the memory must be reconsolidated). Retrieval does not always trigger reconsolidation and the labile state necessary for memory disruption.

Also, older and stronger memories may be less susceptible to disruption after retrieval due to increased synaptic strength from the effects of protein synthesis and long-term potentiation over extended periods (read this article and this article). To be effective, reconsolidation blockade would have to occur not long after the memory had been encoded and consolidated.

Another challenge is selectivity. While, in theory, implicit memories such as those involved in fear conditioning versus explicit memories employ different neural pathways, the question still remains whether it would be possible to erase a particular memory in the fear system while leaving other memories intact. Not all memories of fearful events are maladaptive or pathological. Many are adaptive and critical for survival by enabling us to recognize and respond appropriately to external threats. Unless it could target a specific memory in a specific node of a specific neural circuit, it is not known whether a protein synthesis inhibitor aimed at erasing it would have unintended and unforeseeable expanding effects that might disable normal adaptive functions in the fear memory system (or even beyond that system with off-target effects). The transgenic “Doogie mice,” who outperformed their normal counterparts on learning and memory tests but were more sensitive to chronic pain, suggest that memory manipulation may involve trade-offs between different neutrally-mediated cognitive and affective functions.

This might expose the subject to even greater harm than the psychological harm caused by the memory targeted for deletion. As with any other interventions in the brain, these risks have to be weighed against the potential benefit, which could be substantial in some psychiatric disorders.

Among their adverse psychological effects, fear memories can impair rational and moral agency by interfering with the deliberative ability to form and execute action plans and recognize and respond to reasons for or against certain actions. The disrupting effects of some traumatic memories on agency and mental states in general justify deleting them from one’s brain.

If we could and should erase the emotionally charged memories associated with psychopathologies, then why stop there? Why not also erase episodic memories that are not pathological but only unpleasant or disturbing?

While not as harmful as fear memories associated with mental disorders, persistent unpleasant episodic memories may still cause harm. Erasing these memories may be even more challenging neurophysiologically than erasing a traumatic emotional memory.

Nevertheless, episodic memories often have negative emotional content, and some of this can lead to maladaptive behavior. Suppose that these memories could be erased. Should they be? Constant recall of embarrassing or blameworthy mistakes can haunt a person for years, causing self-doubt and making one indecisive when faced with choices.

Yet disturbing memories of actions we should not have performed are necessary for the moral emotions of regret and remorse and provide opportunities for personal and moral growth. They enable us to critically reflect on our behavior, plan more prudently for the future, and contribute to our moral sensibility in respecting the rights, needs, and interests of others.

Erasing a few memories might not undermine these capacities. But a general pattern of erasure might gradually weaken this sensibility and with it the capacity to act in accord with social norms. It could also impair character development by removing reminders of the imperfections reflected in past misdeeds and the need to modify our behavior.

Weakening but not erasing the emotional content of an unpleasant episodic memory could have the same effect. It is on the basis of this content that we construct meaning from these memories and use it to imagine and project ourselves into the future. Stripping them of this content would run the risk of converting episodic memories of personal experiences into semantic memories of facts devoid of meaning. This could have deleterious effects on agency and identity by impairing our ability to plan and act and altering our experience of traveling through time.

Research into pharmacological modulation of fear memories is still in its infancy. As in all medical research, there are translational issues in moving from animal to human models of memory. Functional imaging will have a critical role in identifying changes in brain activity at synaptic, circuit, and network levels correlating with attenuated or erased memories. A better understanding of genetic and epigenetic factors in reconsolidation, particularly the transcription factors regulating protein synthesis, will also be critical.

Although the idea of erasing pathological fear memories is speculative, it may become a promising way of treating or preventing some psychiatric disorders whose development is traceable to these memories.

Walter Glannon, PhD
Walter Glannon is a professor of philosophy at the University of Calgary. He is the author of Bioethics and the Brain and Brain, Body and Mind: Neuroethics with a Human Face, and the editor of Free Will and the Brain: Neuroscientific, Philosophical and Legal Perspectives.
﻿
MORE
4 of 5 articles left
Login or Become a Member to unlock content