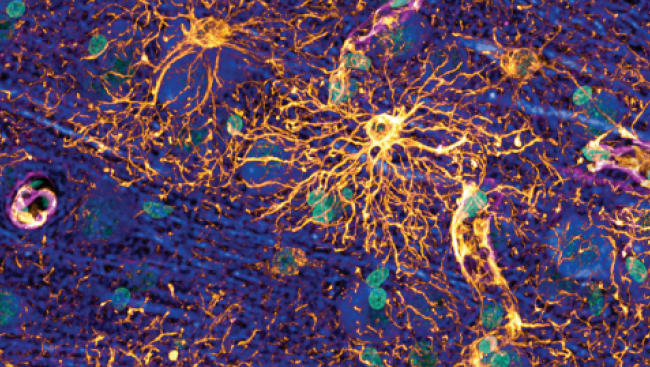 The discovery of functional magnetic resonance imaging (fMRI) in 1991, which permits non-invasive imaging of brain function, and the wide availability of scanners for research starting in about 2000 fueled claims that what we would learn about the brain and behavior would transform and perhaps revolutionize criminal law.

Most commonly, many thought traditional notions of criminal responsibility would be undermined for various reasons, such as demonstrating people really cannot control themselves as well as we believe, or as indicating more action was automatic, thoughtless, and non-rational than we think.

Most radically, the neuroexuberants argued that neuroscience shows no one is really responsible because we are not agents — rather, we are victims of neuronal circumstances that mechanistically produce our epiphenomenal thoughts and our bodily movements.

Similar claims were made when the genome was cracked. The age of cognitive, affective, and social neuroscience (behavioral neuroscience) — the neurosciences most relevant to law — is almost two decades old. What have we learned that is legally relevant and how has it transformed criminal law doctrine and practice?

Despite the astonishing advances in neuroscience, most of what we know is not legally relevant, has not transformed doctrine in the slightest, and has had scant influence on practice except in death penalty proceedings.

The reasons are conceptual, scientific, and practical.

The first and most basic conceptual problem is we have no idea how the brain enables the mind and action, although we know it does. If your brain is dead, you have no mental states and do not act. The brain/mind/action connection is one of the hardest problems in science and neuroscience is not about to crack it anytime soon, if ever.

The law’s culpability and responsibility criteria are all acts and mental states. Law is a thoroughly folk psychological institution. In contrast, neuroscience, unlike psychology and psychiatry, is a completely mechanistic science.

Neurons and even the connectome do not have aspirations, a sense of past, present and future, and intentions. These are mental states of human agents. Bridging the gap between folk psychology and mechanism is exceedingly difficult, especially as a result of some of the scientific and practical problems I will address here.

This problem cannot be avoided by claiming that the mind can be reduced to the brain.

In addition to all of the conceptual problems with the reductionist project, there has yet to be one successful demonstration of a reduction of mind and action to some allegedly more explanatory level of explanation. Failure to understand the relationship between neuroscience data and legal criteria has produced confused judicial decisions about whether proffered neuroscience evidence in criminal cases is genuinely relevant.

A third conceptual problem is psychology always precedes behavioral neuroscience. Neuroscientists do not go on “fishing” expeditions. They have already behaviorally identified a behavior of interest, such as addiction, schizophrenia, or impulsivity, and now wish to investigate its neural correlates (and sometimes causes).

But the behavior was already clear, and the law is only concerned with behavior. The question, then, is what the neuroscience adds.

If diffusion tensor imaging (DTI) of the adolescent brain indicated that it was indistinguishable from the adult brain, would we conclude that adolescents are behaviorally identical to adults?

I submit we would think neuroscience was not yet sophisticated enough to identify brain differences that surely exist because a fundamental axiom of materialism is that genuine behavioral differences must also be associated with brain differences.

However, it is simply a working hypothesis of most scientists and materialists more generally and could only be proven if we could get outside the universe and look in. Even neuroscientists and lawyers can’t do that.

Moreover, the dominant view in the philosophy of responsibility is compatibilism, which holds that normal human beings have enough freedom to be held robustly responsible even if determinism is true.

Finally, free will is not a criterion of any criminal law doctrine and on a compatibilist reading of the determinism debate, it is not even foundational.

A final conceptual problem is most of the neuroscience research is normatively inert. It may tell us, for example, a certain region of interest (ROI) in the brain is activated beyond its base rate when the subject engages in a legally relevant task, such as deciding how much punishment to impose.

Nevertheless, such correlational or even causal knowledge does not answer the normative question of how much punishment should be imposed.

The scientific and practical problems that beset obtaining legally-relevant neuroscience blend together. There are few if any funding sources for specifically legally-relevant research that seeks to help answer a normatively important legal question. Most research is more basic and can only be inferentially relevant at best. This is a practical limit on the legally-relevant knowledge the science can offer.

The “new” neuroscience using non-invasive imaging is very young and is working on some of the hardest problems in all science. It is no surprise the knowledge base is still insecure despite the many major advances.

There are many scientific problems that beset the science for legal purposes, but I will highlight just a few.

Numerous methodological artifacts are constantly being discovered, and reviews by eminent methodologists have estimated as many as 50 percent of published studies are wrong or not reproducible. Perhaps most importantly, virtually none of the studies proponents use to support legal arguments have been replicated.

It is now well-known there is a “replication crisis” in psychology and medicine, and neuroscience is no exception. Law, like medicine, can have a profound impact on individuals and society. No case should be decided, or legal policy adopted, based on insecure scientific knowledge. Too much is at stake. Until the knowledge base is more established, the real relevance of neuroscience to law, as opposed to the rhetorical relevance of startling images, must be modest.

In 2013 eminent neuroscientist Bill Newsome of Stanford and I published a review of the potentially legally relevant neuroscience to all the doctrines of criminal law. We concluded that with the exception of a few well-characterized medically recognized conditions, such as epilepsy, which are the old neurology, the new neuroscience had virtually nothing to contribute to the adjudication of criminal law or criminal justice policy. Nothing has changed since then.

Despite the generally negative evaluation expressed here, I end on a note of hope.

Neuroscience may, in the future, help criminal law become more just and efficient in modest ways. The validity of some doctrines may be confirmed or disconfirmed. For example, whether neuroscience can help understand if there is an independent basis for the ability to control oneself may be very helpful.

Most optimistically, criminal law’s use of predictions for bail, diversion, probation, and parole may be enhanced by the use of neuro-variables. At present, there are some proof of concept studies that demonstrate adding a neuro-variable to a prediction may enhance accuracy. They are not ready for prime time, but they are a positive step.

Many civil libertarians fear we may become too accurate. I doubt it. But if we have already decided predictions are normatively acceptable in the criminal justice process, as we have, what is the possible rational argument for predicting less rather than more accurately?

In short, the present contribution of neuroscience to criminal law is more hype than hope, but in the future, neuroscience may make modest contributions. For now, the neuroexuberants who suffer from Brain Overclaim Syndrome (BOS), should seek Cognitive Jurotherapy (CJ), a proven safe, effective, and non-invasive therapy.

Stephen J. Morse, JD, PhD
Stephen J. Morse is a lawyer and psychologist. He is the Ferdinand Wakeman Hubbell Professor of Law, professor of psychology and law in psychiatry, and associate director of the center for neuroscience and society at the University of Pennsylvania.
﻿
MORE
4 of 5 articles left
Login or Become a Member to unlock content