A PhD Student Reflects on the Impact of His Experiences Abroad

Giovanne Baroni Diniz, a PhD candidate at the University of São Paulo, has proactively sought opportunities to conduct science abroad. He’s visited labs and attended conferences in the United States and Canada, completed a fellowship with SfN’s Latin American Training Program (LATP), spent three months researching in France, and visited other countries for professional growth. Here, he reflects on how those experiences have impacted his outlook on the field and inspired him to contribute to an inclusive culture. 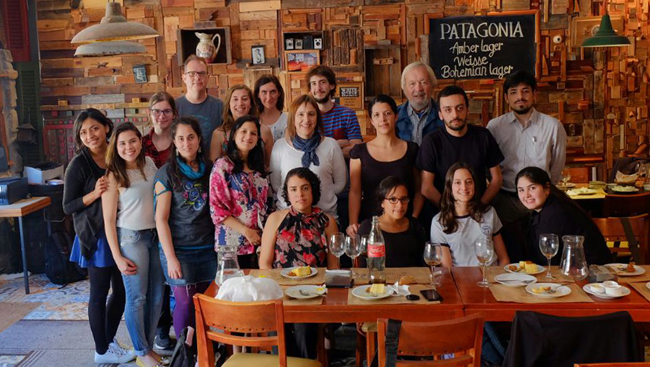 The LATP Fellows and program faculty in Montevideo, Uruguay, where the 2016 course took place.

Why did you want to gain experience abroad?

We get so used to how science is done in our home countries. When you go abroad, you realize some of what you assumed was standard was actually just part of the local scientific culture and not happening everywhere.

It can be challenging to adapt to a new culture, but eventually you learn from the differences and gain a new perspective. Diversity is really important in the workplace. Especially because we are trying to solve problems, getting fresh perspectives and looking at questions from different angles is so important for science.

Through the opportunities you’ve pursued, have you built lasting connections to researchers outside of Brazil?

I have. For instance, I participated in SfN’s Latin America Training Program as a fellow last year. The course was online throughout the year, but also included a three week neuroscience school in Uruguay, and a travel award to SfN’s annual meeting.

My experience in that program showed me there is a global community of neuroscientists I can stay connected to, even when I’m in my home country.

You become part of something way bigger than you. I’m going to try to bring Brazil even closer to this global network. I have hope the global field can come together and foster research.

What stands out to you about the local scientific culture of the places you’ve visited?

Overall, I noticed a difference in infrastructure.

In Europe, there are people dedicated to helping you with the nonscientific aspects of research. For example, when I was in France, we had a great staff helping me with the visa documentation process.

When I spent 10 days at the Salk Institute in San Diego, I noticed the grad students and postdocs were really science-driven. That’s so important because that time in your training should be spent learning and integrating into the field. They were able to read papers, write reviews, and do experiments.

Whereas for us in Brazil, much of our time is split into other activities: teaching, research, lab management, shopping for reagents, managing grant funds, and more. For example, instead of catching up on the field, sometimes I have to negotiate antibody prices with a vendor. Even my supervisor spends substantial time on ancillary tasks. 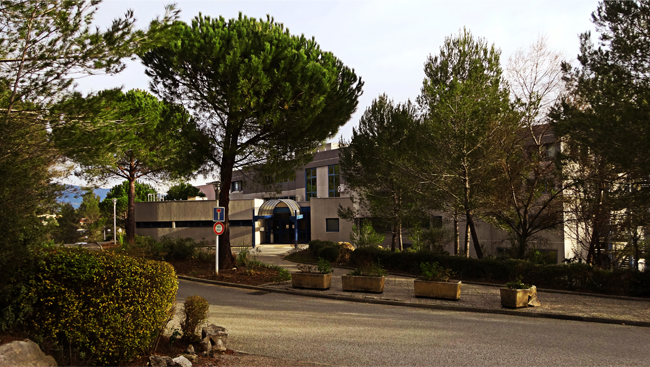 What are some takeaways from your time abroad you’d like to incorporate into your work in Brazil?

It’s certainly challenging to go back after you have experiences abroad, but I’m now motivated to apply what I’ve learned.

In France, even though I was an undergraduate, I was treated as a researcher — an autonomous person asking questions and trying to answer them.

Now, I try to actively make sure all of my colleagues and students feel like true researchers. I want to make sure undergraduates understand the importance of the questions they’re asking and the answers they’re trying to find.

I would love to be able to better integrate undergraduates into research the way I was in France. Feeling less like a student and more like a researcher helped me build up my independence. I had more responsibility, but I also felt more rewarded for my accomplishments because I was held accountable.

Undergrads are curious, but sometimes they’re not outspoken enough. They don't know they can knock on someone's door and say, "I'd like to work for you." I hope to be able to create communication channels for them at the University of São Paulo.

How have you practically gone about integrating that inclusive mindset in your work?

I teach neuroanatomy, which is completely visual — we use figures and schemes all the time.

At one point, we had a first-year occupational therapy student who was completely blind. But, she was our student, and we had a responsibility to give her the best education. That drove us to make new materials that allowed her to interact with the classroom.

It was a transformative experience for me.

I began looking at every activity from the angle of whether it was friendly for visually impaired people or not. I changed the way I write figure captions in my papers. Now, I'm much more descriptive and avoid using colors so a text-to-speech program can understand what my figure is saying.

We have to include people, and we have to be thoughtful. We have to empower them by giving them the right tools. 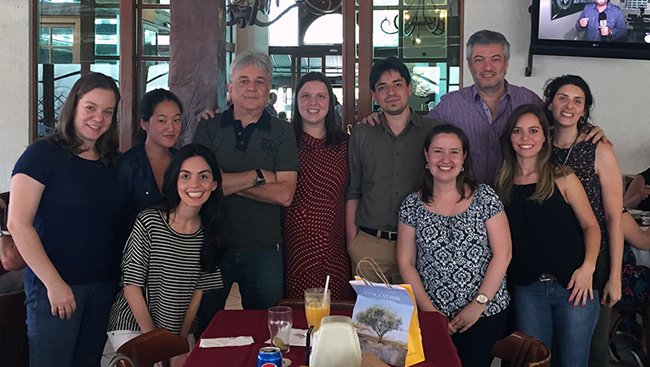 What advice do you have for researchers just starting out?

You have to proactively seek opportunities, especially at the undergraduate level.

I went to Canada for a conference on genes, circuits, and behavior six months after I began school, and it wasn't part of a formal initiative. I simply wrote a letter to the undergraduate office of my university and said, "I'm an undergraduate student, and I want to present my work and get it critiqued.”

When you reach out, know there are people willing to help you. Don't be afraid to ask for help.

Giovanne Baroni Diniz
Giovanne Baroni Diniz is a PhD student at University of São Paulo in Brazil. His research focuses on the distribution of neuropeptides implicated on motivated behaviors and their receptors in the brain of rodents. During his time at the Institut de Pharmacologie Moleculaire et Cellulaire, he studied the alterations in neuropeptide synthesis that take place during lactation and the synthesis and distribution of receptors in genetic-engineered mice. He plans to defend his thesis this year.
﻿
MORE
4 of 5 articles left
Login or Become a Member to unlock content