A Personal Experience with the Tenure Process 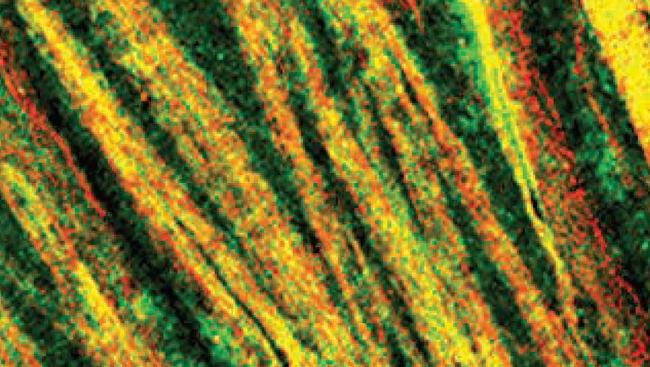 James Geddes is the vice dean for research at the University of Kentucky College of Medicine. Here, he shares what his transition from pre-tenure to post-tenure was like, including responsibility and institutional culture shifts.

In your experience, how would you describe the transition from pre-tenure to post-tenure?

At my institution and many others, the goal during the pre-tenure period is to help faculty succeed with their research — getting grants and being the senior author on publications — which is often a critical component of the tenure dossier and decision.

Faculty are also somewhat protected from other responsibilities, such as major committee work.

At least in my institution during the pre-tenure period, faculty are not assigned to a committee that has a fairly heavy workload, such as the Institutional Animal Use and Care Committee (IACUC), Institutional Review Board for Human Subjects, or Biosafety Committees. Almost immediately after I received tenure, however, I was assigned to the IACUC. Teaching commitments may also be less prior to tenure.

There are some major changes, though, that occur post-tenure.

Faculty do more committee work and possibly more instruction activities. You have more opportunities to become involved in professional societies such as SfN. There is also a change in mindset. For example, you have more freedom to pursue projects that might have greater risk and to pursue collaborations.

Did anything surprise you while you went through the tenure process?

The big surprise was how long the process takes.

It's often a year, or close to it, from when you first initiate the process, and every institution has their own mechanisms. At my institution, the tenure dossier goes through a departmental committee, college committee, campus-wide committee, the provost, the president, and the board of trustees.

How did you cope with that lengthy process? Do you have any advice for others currently going through it?

I was kept largely in the dark as my dossier passed through the various stages. I was only told at the very end that it looked good and not to worry. Of course, in the absence of information, sometimes you think the worst. However, if there were a negative decision or problems at any step, know that you would be notified.

Use your support network — family, friends, colleagues — as you're going through this process. Talk about it with other faculty who have recently gone through the tenure process.

Know when to expect decisions. If you submitted your dossier in the fall and you won’t get an answer until the spring, then try to focus on your research, teaching, and service responsibilities because it's out of your hands at that point.

As with anything, it's important to have some work-life balance. Find activities outside of work that provide a relief from the tension and stress.

What else do you think faculty should know about the process?

Tenure decisions can be appealed for a number of reasons.

Some reasons include the faculty member not receiving appropriate guidance or feedback during their pre-tenure period and circumstances that prevented them from conducting the research that they needed to accomplish. Fortunately, I did not have to go through that.

It’s also important for faculty to focus on the areas that are the most heavily weighted at their institution.

How might institutional culture change for an individual post-tenure?

The institution becomes a less intimidating place. It becomes more “your” university than “their” university. It's up to you how much you want to embrace that.

You also have some security to more vocally voice your opinion. You don't want to overdo it, but if there's something that you think needs to be fixed, then it's appropriate to bring it up.

I think many faculty are reluctant to be critical pre-tenure because they don't want to rock the boat or have that somehow weigh on their tenure decision.

You become more part of the institutional decision-making process.

You'll be asked to evaluate and mentor the junior faculty. Depending how active you are on committees, that may get recognized, and you may be tasked with taking on additional administrative or leadership roles.

Can you speak a little bit more about how people awarded tenure can advance leadership-wise within an institution?

This may be oversimplification, but a large factor is the faculty member’s level of engagement in the committees they sit on at a fairly early stage, and maintaining that level of commitment as they progress.

I have often observed that committees have two types of participants.

One kind is there because they have to be there, and they will contribute a minimal amount of effort and engagement.

The other kind participates more fully. It does not take long for that thoughtful engagement to be noticed.

When leadership is looking for individuals to become members on other committees that would involve more decision making, those individuals that have been more fully engaged are likely the ones that will be called upon.

It depends on the institution. Many will provide leadership training opportunities with a nomination and selection process. If you’re interested, the first step is to apply or ask someone to nominate you.

There will also often be opportunities through career development seminars or workshops.

It's up to you to take advantage of them, and just signifying that you're interested in developing in this area can make a huge difference.

Overall, during your time in academia, have you seen the tenure process change in any way?

In my experience, I have seen one cultural change and one procedural change.

There is a general recognition that tenure is a major and possibly life-long commitment on behalf of the institution. Institutions want to be comfortable that they're making the right decision, so it's become harder to obtain tenure if it's not a slam dunk case. Salaries have also increased and in general, budgets are very tight.

Previously, institutions might have given someone the benefit of the doubt if they thought they were not quite meeting the standards but had the potential.

At my institution, there's been one major process change.

Previously, tenure could be blocked at any step at the department, college, or institutional committee level.

Now, every faculty member is entitled to one full routing of a dossier that cannot be blocked, so it will go through the full tenure process regardless of the decision at any level.

One committee may have a negative decision, but that could potentially be overturned by the next committee.

It's a technical detail, but I think it's important that faculty have that opportunity to have their dossier reviewed through the full process.

Lastly, what advice you would give people who just received tenure?

Recognize, enjoy, and celebrate the accomplishment. It is truly a major achievement.

With that said, the post-tenure period is not a time to relax and to rest on your laurels. Like many careers, what you get out of academia is what you put into it.

Continue to be productive, participate more in instruction and service, and take some greater risks with your research.

Follow your interests and continue your hard work to grow as a faculty member, investigator, and instructor.

Jim Geddes, PhD
Jim Geddes is the vice dean for research at the College of Medicine, director of the Spinal Cord and Brain Injury Research Center, and professor in the department of neuroscience at the University of Kentucky. His research interests focus on mechanisms of neurodegeneration following acute central nervous system injury and neurodegenerative disorders, and his specialties are cell biology, neurochemistry, and systems neuroscience. Previously, Geddes was an assistant professor in residence, neurosurgery at the University of California, Irvine. He received his PhD in biochemistry from the University of Saskatchewan.
﻿
MORE
4 of 5 articles left
Login or Become a Member to unlock content