A Gratifying First Step Toward Achieving Gender Equity in Neuroscience 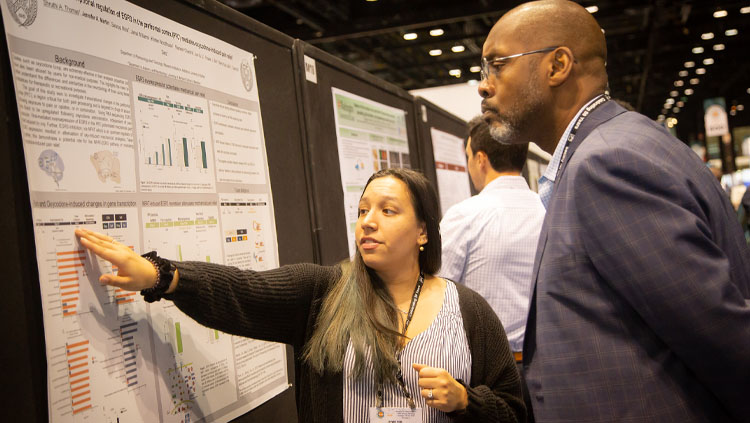 A director at the Milken Institute Center for Strategic Philanthropy, I advise foundations looking to develop strategies for funding scientific research. As philanthropy consultants, we set up review committees and scientific advisory boards and deploy new funding sources in a given research area. Our team works on the front lines to ensure that philanthropic investments in research are made in a way that will make the greatest impact on science and health — which can be increased through gender equity.

Over the past year, we’ve experimented with ways to eliminate unconscious bias in the programs we influence. The following is a case study that shows how.

Dozens of studies demonstrate an unequal playing field in science. For example, in a study of 127 scientists across 6 top universities, the same CV was more likely to lead to mentorship, a job offer, and higher salary when a male name (John) was used rather than a female name (Jennifer). Moreover, faculty have been shown to be less likely to respond to an email inquiring about a lab position when it came from a woman or ethnic minority.

These fundamental differences represent an ecosystem where 5% of labs produce 50% of the next generation of assistant professors. Approximately 80% of these labs are headed by men, reflective of the same distribution in full professorships. On average, labs run by men have more male trainees.

The first part of our plan involved removing all mention of first names as well as the words “he,” ”she,” ”his,” and ”her” from our discussion of the proposals — a simple but key innovation for this program. In practice, this meant that anywhere a full name was referenced (e.g., “Francis Collins’ lab”), we shortened it (“The Collins lab”). We used language such as “the research team” and simply referred to all investigators by last name and title only (“Dr. Collins”).

While this change felt a little awkward at first, it quickly became second nature for our team. With each subsequent conversation with the grant reviewers, it became easier to speak in gender-neutral terms.

We realized we’d selected an even split of proposals from male and female investigators.

After peer review committees weighed in, the next step was to synthesize their feedback. Throughout this process, we continued to keep all proposals labeled by the lead investigator’s last name. After a staged review process that took approximately three months from start to finish, we made our final recommendations to the board of directors regarding which projects to fund.

Our Commitment to Promoting Diversity and Equity in Science

While this was by no means a perfect experiment, we believe the practice it demonstrates — consciously eliminating bias from the review process — is a step toward leveling the playing field. Moving forward, we will continue to remove points of unconscious bias and strive for diversity, as we assemble advisory and review committees.

Changing habits and norms is hard, but nothing worth doing ever came easily. Seeing the two sides of the gender-balance scale fall equally is a gratifying result.

Francis Collis was chosen as an example scientist in honor of his effort to promote diverse gender participation in scientific panels.

Cara Altimus, PhD
Cara Altimus is a director at the Milken Institute Center for Strategic Philanthropy, where she leads the Center’s neuroscience portfolio.
﻿
MORE
4 of 5 articles left
Login or Become a Member to unlock content