The Benefits of Creating Art While Working in Science 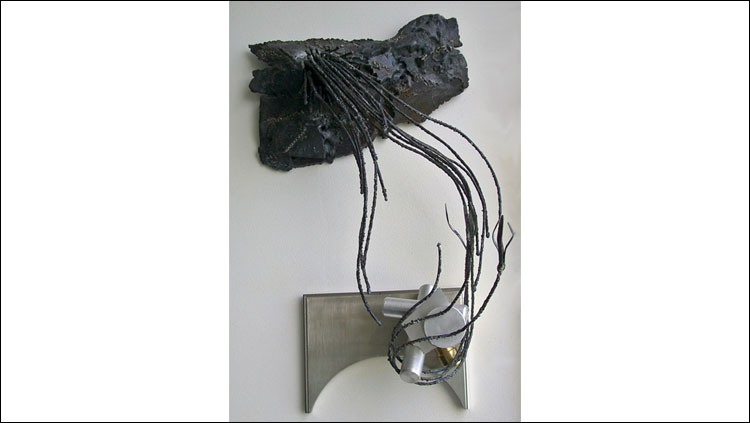 It is widely argued that the processes of science and art are very different. Most of the debaters are neither scientists nor artists, or only one of the two professions. I am both, however, and I suggest remarkable similarities between the artistic and scientific methods.

I became a scientist 60 years ago and had an active professorial career of 50 years.  I also started to make art 30 years ago and have been a professional sculptor for the past 10 years.  My research pertained to the biophysics, physiology, and molecular biology of cochlear hair cells, with particular concentration on the unique features of outer hair cells. My lab sought to determine their role in the hearing process and the steps and means of their operation.

After a brief teenage flirtation with becoming a painter and a close to 50-year pursuit as a collector of contemporary art, I started sculpting almost by accident. For many years, pursuing art as a weekend hobby was immensely fulfilling and a perfect complement to my laboratory science.  I warmly recommend to all active scientists that they supplement their principal pursuit with some form of artistic endeavor: paint something, play an instrument, start writing the next Great American Novel. The two engagements support one another. Creating art remarkably enhances one’s mental state, thus fertilizing the field for scientific harvest.

My initial sculptural work was autobiographical, pertaining to my childhood experiences during World War II in Budapest. These works, the War Series, are now in the permanent collection of the Holocaust Memorial Museum in Washington, D.C. My subsequent work was political, dealing with civilization’s interactions with the debased environment and with its various foes. During the isolation of the pandemic, I became mellower, and I now make welded steel sculptural flowers, mostly orchids.

So, how do I view the two careers and their underlying philosophies and processes? This is, of course, subjective. Much has been written about both and about their relationship, and I enlarge on these themes in my autobiography, I Was Here (Life, Science and Art in Turbulent Times).

In both disciplines, planning and execution of a project are crucial, though they can produce great joy mixed with the agony of failure. The dreaming-up of a new artwork is akin to hypothesis-formation in science, and both depend on previous experience and historical background.

The initial exploration of the artist’s materials in the context of the ultimate vision is the same as preliminary scientific experiments. Then, of course, the final execution of the piece, with its seemingly endless refinement, is similar to the successful conclusion of the research and its writeup with its numerous iterations.

There are many similarities between the practices of science and art, but of course there are obvious differences as well. There is no Henri Rousseau or Grandma Moses in science. While a naïve artist can on rare occasion produce great art, an untrained scientist – an oxymoron – rarely, if ever, contributes lasting work.

I should also note, tongue in cheek, that the modes of production by the very successful artist and the very successful scientist reveal similarities. The artist sketches out a to-be-made piece, then to be produced by a herd of assistants or a factory. The scientist assigns their project to a dozen, at times dozens, of postdocs in a giant lab: industrial art and industrial science.

Just as in science, where peer-review and publication are the end points of a given research project that the scientist can control, showing artwork and securing critiques of it are the desired culminations of making art.

Now many will think this misguided, proposing that making the work is an end in itself. Not so in my opinion. In science, favorable citing of one’s work by the peer community is the measure of its penetrance and ultimate importance. Correspondingly, in art, critical acclaim and acquisition by museums and collectors are the ultimate metric.

Finally, another benefit to one’s science when art is made in tandem is that creating art tutors one to recognize and aim for elegance and beauty. The very same concepts benefit scientific problem solving. The simplest, most elegant hypothesis might as well be designated the most beautiful and is usually proven to be the correct one.