Conveying the Excitement of Scientific Discovery Through Fiction 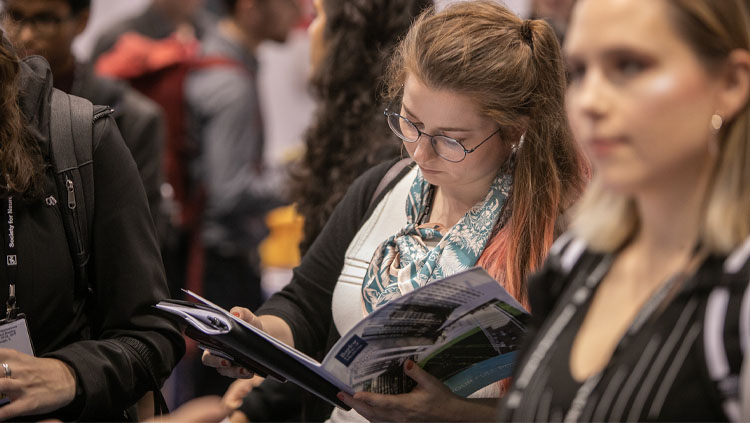 For over 40 years, Nick Ingoglia researched the presence and function of RNA in growing axons. Now retired from a career in neuroscience, Ingoglia has been working toward writing a novel, Madame Lasagna and the Dead Frog, that combines neuroscience research with the fictional lives of a diverse group of characters. In this interview, Ingoglia shares how he incorporates his research experience into his writing, what he hopes audiences take away from his novels, and tips for scientists looking to explore a writing career.

What did your neuroscience research career consist of?

I began my career in the early 1970s studying the presence of RNA in growing axons. In collaboration with Pierluigi Gambetti, we proved that RNA was in growing axons. We later detected the presence of a 76 nucleotide RNA, and I spent most of the rest of my career trying to determine the function of that 76nt RNA in axon growth. Since, at the time, the only known RNA of that size was transfer RNA, we spent years trying to determine the function of tRNA in axons, before ultimately hitting a brick wall.

A few years later came the Nobel prize-winning discovery of RNA interference. One of the components of this translation regulatory pathway is premiRNA — an RNA of 76nt, the same size as the one we found in axons more than 20 years earlier. In just the past few years, growth cones of growing axons have been shown to contain a population of premiRs. For me, it is hugely gratifying to see knowledge grow so remarkably (albeit slowly) from the time we first reported an unknown 76nt RNA in growing axons to the present.

What gave you the idea to combine science and writing?

I wondered if I could convey the excitement of scientific discovery to the lay reader through fiction. The most exciting moments in my scientific life were when we had an idea that translated into a testable hypothesis, which culminated in experiments that offered evidence for that idea. The satisfaction and thrill of proving a hypothesis is incomparable. I have also always been taken by the power of the written word. The ability of a novel to unmask injustice or a social evil, bring history to life and, at times, change the way our society behaves is incredible.

How would you characterize your writing in two sentences?

I think about ideas and social issues and try to communicate them to readers through compelling characters, who are living exciting and purposeful lives. If I’m doing it right, the reader becomes as engrossed in the development of the science or social ideas as they are with the characters in the stories.

Who is your main audience and what messages are you hoping to convey?

One of my purposes in writing Madame Lasagna is to take the mystique out of our work and get teachers and parents to consider suggesting students explore a career in research. I’ve always been surprised at how little the lay public knows about what goes on behind the walls of a medical school. Even high school science teachers and advisors were surprised when I told them that teaching takes, at best, 20% of our time. The rest of the time we are engaged in research. If they had students who were good in science, they rarely recommended that they consider a career in research; more likely they’d suggest medical school. This is true with both majority and minority students.

Progress in science may come as a result of the development of new technology — a more powerful microscope or revolutionary analytic tool. But just as often, progress occurs because of a new perspective on a problem. Another goal of this book is to show how a simple idea coming from a novice lab member (in the novel, from Bakari, a 17 year old Black high school student) can solve a problem that had eluded the minds of senior scientists.

Additionally, I want to convey the thrill of discovery, and the great challenge faced by humanity to continue to uncover new truths if we are to keep thriving as a species. We should be encouraging all of our young people to consider a career in science. Excluding someone from the field for any reason other than ability and determination hurts us all and impedes the progress of science. Malignant stereotypes must be discarded from our lexicon and from society; the main characters in my book illuminate these ideas.

How did your science writing career evolve?

During my academic years, I read fiction for pleasure and took some writing courses. As I read, I was always doing so like a writer, asking “what could I do in this area?” With the time constraints of my life in science, I felt the idea of writing a novel was not reasonable — but I could handle short stories. I also wrote essays, two of which were published in The New York Times.

As I approached retirement, I decided to try to write a novel about life in a research lab. I felt that I needed guidance before jumping into that novel, and so, I joined a writer’s workshop in Montclair, New Jersey. I also wrote two novels on other subjects before beginning Madame Lasagna.

What advice do you have for others wanting to combine science and novel writing?

I have three suggestions:

Nicholas Ingoglia, PhD
Nicholas A. Ingoglia retired in 2010 from a 40+year career as a neuroscientist. Ingoglia was previously a professor of pharmacology, physiology, and neuroscience at New Jersey Medical School. His research centered on the role of RNA in the growth of axons. He received his undergraduate degree from The University of Rhode Island in biology and his PhD, also in biology, from New York University. He completed his postdoctoral training at Cornell University Medical School (now Weill). Since retiring from academic life he has written two not yet published novels (link to website), in addition to the hybrid (science/fiction) book featured in this article.
﻿
MORE
4 of 5 articles left
Login or Become a Member to unlock content