A Look at One Neuroscientist's Career in Pharma and Biotech 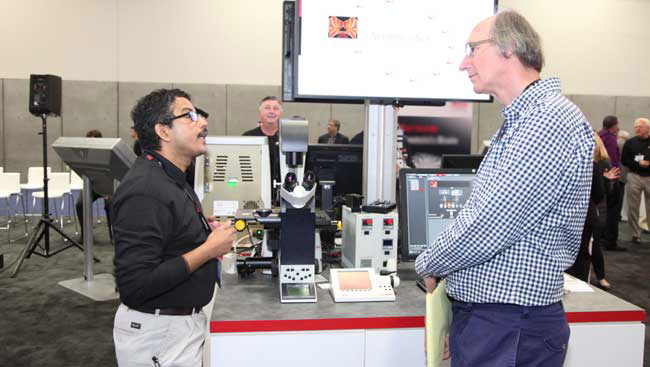 As Khan Ozol, the global head of talent scouting at Novartis, was completing his postdoc about cell transplantation and gene therapy for delivering trophic factors to the brain, he realized that he wanted to pursue a different path: an entrepreneurial career, but still focused on science. Here he describes how he became a headhunter and consultant for various industries, including biotech and pharma, and how he landed where he is today.

Tell us about your neuroscience training.

I went to St. Francis Xavier University in Nova Scotia for my undergraduate education in biology. As part of the honors program, I did a summer neuroscience research project looking at Purkinje cell development in monkeys at the University of Calgary.

While I was there over the summer, the lab PI asked me if I would be interested in coming back to the University of Calgary to do a Master's after I finished my undergraduate degree. I was interested, so I did.

When I started that program, my PI said I should apply for the Alberta Heritage Fund for Medical Research scholarship. I didn't think I'd get it, but I took his advice and applied. I was lucky to get that scholarship and receive six years of funding. My Master’s advisory team then suggested I do a PhD since I had my own funding, which is why I ended up doing my PhD in developmental neuroscience.

After that, you did a short postdoc and then entered the private sector. What inspired you to pursue this career path?

I'm an entrepreneurial person. I worked in sales before I got to university, and I held very social jobs in the summers in between school years. As I did my PhD, I realized that I knew I didn't want to be doing research at the bench and writing science papers for the rest of my life. I wanted to have another dimension, whether it was business development or interaction with people.

So, I made a plan to do a quick postdoc and try afterward to get into industry in a business development or commercial capacity. The two companies I really admired while doing my PhD were Amgen and Genentech. I always thought it would be great to work for them, but I had no idea how to get there.

As I worked on my postdoc at Baylor College of Medicine in Houston, I told my PI that my intent was not to maintain a long-term postdoc and stay in science, and that I was going to start looking for opportunities in industry.

I then started networking at SfN’s annual meeting. Based on my networking there, I got a few different interviews and one offer from a small biotech firm based out of San Francisco.

After that SfN meeting, I also got an interview for a business development role at Amgen. I decided to go for the interview, which ended up being with a recruiter.

The recruiter told me that based on the interview, I didn’t have enough experience to take on the role, but that I would be an excellent headhunter. That comment piqued my interest, as I didn't know a lot about the headhunting industry.

Ultimately, I ended up getting three industry offers. However, I decided to join a boutique headhunting firm and start a Biotech/Pharma scientific recruitment desk from scratch within that firm, building up my own client and candidate database. I was based in Houston but sought candidates for biotech and pharma positions across the United States.

I did really well in that role. The recruiter’s insight definitely helped me recognize something in myself, which steered me in the right direction.

What came next for you?

After about three years working in the pharma and biotech arena, a colleague who I knew through my network in Houston asked if I had ever thought about working in IT business development — in the same way the recruiter told me about headhunting.

I didn’t have any experience in IT but ended up joining an IBM Business Partner that wanted to cater to small biotech and healthcare companies in terms of their servers, storage, and software. I spent around three years doing that.

From there, I went into selling consulting services, working for The Corporate Executive Board but still focused on the IT sector. That was a really interesting role. I often flew to meet with clients doing a billion dollars and up in revenue, like Southwest Airlines, Walmart, and ExxonMobil.

During this extended time in the IT sector, I really missed headhunting. I decided to get back into it but wanted to try something outside of biotech and pharmaceutical, so I went into finance. Then, the recession hit, so I switched gears again to focus on accounting.

I had a lot of fun and succeeded in accounting, but I ultimately got bored. I really missed the science and doing work that impacts patients.

At that point, I realized that for the rest of my career, I wanted stay in the pharma and biotech space. I joined Genentech, then Roche, and then Novartis, where I’m at today.

Part two of this interview, What You Should Know About Pharma and Biotech Jobs, outlines the types of opportunities you can expect in industry and advice for how to competitively pursue them.

Khan Ozol, PhD
Khan Ozol is the global head of talent scouting at Novartis. Previously, he held numerous headhunting positions at Roche and Genentech. Khan has also been a headhunter for various accounting, finance, and IT companies. He received his BSc honors in biology from St. Francis Xavier University and PhD in neuroscience from the University of Calgary. Khan then completed a postdoc in biotech research at the Center for Cell and Gene Therapy at Baylor College of Medicine.
﻿
MORE
4 of 5 articles left
Login or Become a Member to unlock content