How Can Programs Adapt Their IDP Process to Promote Student Individuality? 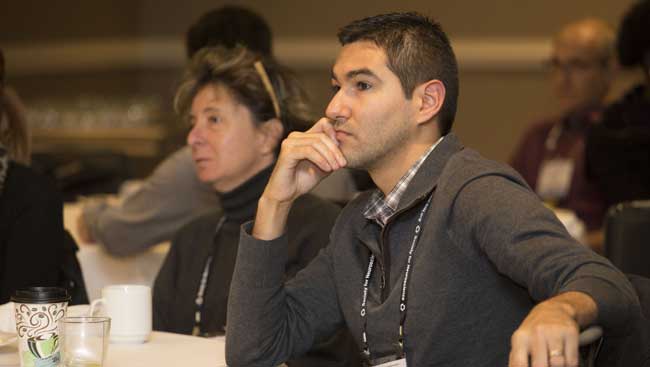 The following Q&A with Ian Paul and Alan Sved is adapted from the webinar, Maximizing the Effectiveness of Graduate Programs Through Assessment.

How can individual development plans (IDPs) be used to develop individuality in students? Should there be a wider effort within the program to review IDPs beyond PIs?

Ian Paul: Certainly the PI should be included in this discussion, but at the very least, the graduate program director needs to be involved. My program even reviews the IDP with the student's entire committee at least once a year. Having the PI be the only person the student talks to about an individual development plan immediately stifles the process because the student won't feel that they have any way to talk about careers other than those that the PI is interested in discussing.

Alan Sved: There is concern that if a student has a trajectory they're interested in that is not what their PI, committee, or program is supportive of, that they would feel uncomfortable bringing it up. I’ve even heard students say, "I know I'm going to have to talk about my IDP with my PI, and this isn't what they're going to want to hear. I'm going to put down what I know they want to hear because then they'll treat me better." That totally destroys the process.

There needs to be a culture shift with everybody involved. We need to make the students feel comfortable talking about what their real interests are. In the meantime, we need to have an anonymous way of allowing them to get that information out there and receive feedback.

One suggestion is to collect anonymous IDPs and have a program review all of them so they know what the body of students is interested in without knowing on a 1-to-1 correspondence which student submitted which IDP.

Watch the full webinar, Maximizing the Effectiveness of Graduate Programs Through Assessment.

Ian Paul, PhD
Ian Paul is a professor of psychiatry and human behavior at the University of Mississippi Medical Center, director (2006-2014) of the graduate program in neuroscience, and the director for animal behavioral core in the Center for Psychiatric Neuroscience. His research is currently focused on the neurobehavioral effects and mechanisms of antidepressant and other psychiatric pharmacotherapies and the effects of these drugs on neuronal and behavioral development. Ian also has a special interest in contributing to the development of training programs at the national level.

Alan Sved, PhD
Alan Sved is the chair of the department of neuroscience and co-director of the Center for Neuroscience at the University of Pittsburgh. Sved has more than 20 years of experience mentoring and teaching trainees at the undergraduate, graduate, and postdoctoral levels. His laboratory researches areas related to central neural control of autonomic function and the neurobiology of nicotine as it relates to nicotine self-administration in rats. Sved is also a member of SfN’s Neuroscience Training Committee.
﻿
MORE
4 of 5 articles left
Login or Become a Member to unlock content