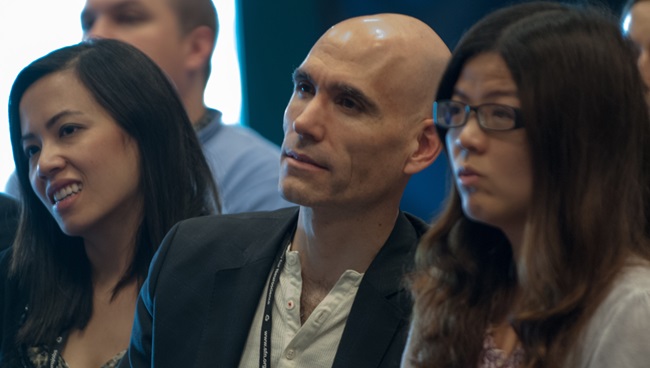 As the knowledge base in neuroscience continues to expand educators need timely resources to engage their students. Educational Resources in Neuroscience (ERIN), was a web portal developed by the Society for Neuroscience (SfN) with funding from the National Science Foundation (NSF). The database included videos, interactive quizzes, and simulators, all selected and reviewed by experts. Selected resources from ERIN can now be found on Neuronline.

One of the many concepts that neuroscience students must master is the membrane potential, an essential element of cell communication. This process begins with the opening and closing of ion channels, selectively permeable, water-filled molecular tunnels that allow electrically charged atoms to enter or leave the cell. The nature of these electrical impulses depends on the interplay between electrical and chemical factors.

Two equations lay the foundation for understanding this mechanism. The first, the Nernst equation, named for Walter Nernst, the German chemist and Nobel laureate who developed it, is a theoretical model. The second is the Goldman-Hodgkin-Katz (GHK) equation, named for American scientist David Goldman and British Nobel laureates Sir Alan Hodgkin and Sir Bernard Katz (though often called simply the Goldman of the GHK equation).

Here’s how it works. Students are given information about intracellular and extracellular concentrations for four types of cells — a generic cell, a muscle cell, a giant squid axon, and a blood cell. When running the model for the Nernst equation, they can only adjust concentrations. But for the Goldman-Hodgkin-Katz equation, they can also manipulate permeability. For both models, students will quickly see the range of relative permeability of a membrane to certain ions and how they differ from cell to cell. Though not exact, the simulator provides a rough starting point for understanding these ideas.

The model is available for download for both Windows and the Mac. There’s also a web version, which requires the Adobe flash plugin 8. The model’s interactive features make it appealing to students, piquing their curiosity for more in-depth studies.