Some Acute Concussion Symptoms May Not Be Pathological 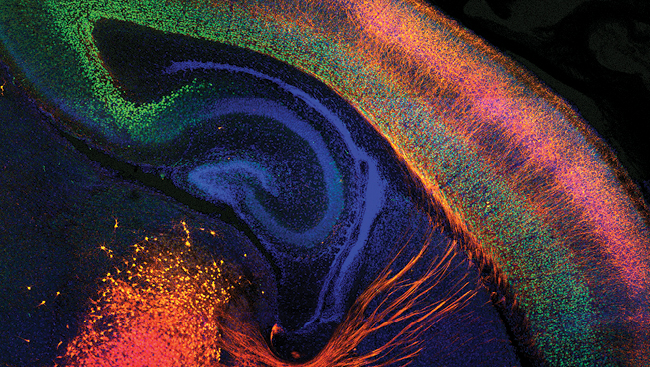 Concussion occurs after a sudden, heavy impact to the head, often resulting in temporary unconsciousness or confusion.

In humans, concussion is especially commonplace in contact sports, like rugby and boxing. The fact that only few vertebrates, such as woodpeckers and rams, are considered unaffected by concussion demonstrates its highly conserved nature.

Despite the prevalence of concussion, there is still no consensus on its precise definition among medical professionals.

Depending on the severity of concussive blows, the subject may experience different degrees of symptoms. These symptoms might include loss of consciousness, motor control, or sensory responses. A perplexing feature of these acute symptoms is their spontaneous and quick recovery — often within minutes — without leaving clear brain injuries.

Concussion has attracted the attention of medical practitioners and neuroscientists since the dawn of modern medicine. Using various animal models, ranging from frogs to primates, several hypotheses have been proposed to explain the causes of concussion.

Efforts have been focused on the direct physical impacts that the concussive blow delivers to the brain. In accord with this, researchers have identified damage to neurons and their axons, or neuronal death after experimental concussions, especially in the brainstem region.

We have observed some concussion-like behavior in two-day-old developing frog tadpoles. When a tadpole swims head-first into a solid surface, its swimming stops abruptly and its responses to sensory stimuli are suppressed for many seconds.

Frog tadpoles have been studied for a long time to understand the neuronal mechanisms underlying their rhythmic motor behaviors like swimming and struggling. As a result, most types of neurons and their synaptic connections in the tadpole spinal cord and brainstem have been well-characterized.

We first used a device to simulate tadpole head-on clashes and recorded neuronal activity in the brainstem and spinal cord. We found that many neurons in the brainstem received long-lasting inhibition in their membrane potential after the mechanical stimulus.

Then we used electrical skin stimulation to elicit fictive concussive responses so that more stable recordings could be made of neuronal electrical activities. This allowed us to first identify the potassium ion channel that mediated the inhibition, which lasted for up to a couple of minutes.

This slow time course arises from the activation of a G-protein second messenger system. Similar coupling of G-protein signaling with potassium channels (GIRK) has been found previously in the sympathetic innervation of heart cells, the activation which can slow down heart beats.

After, we revealed pharmacologically that head skin stimulation activated muscarinic acetylcholine receptors on these brainstem neurons, leading to the opening of GIRKs.

We also confirmed that immediately after the concussive stimulus, there was a period of increase in the sensory stimulation threshold for re-eliciting swimming and a marked suppression of swimming activity.

These findings draw interesting parallels between the tadpole head-on clashes and concussion in other animal models or humans.

First, these models involve mechanical stimulation to the head and the sudden loss of motor responses.

Second, the duration of inhibition mediated by GIRKs in tadpoles matches the time course of loss of motor control or unconsciousness after concussion in other animal models.

Third, in both cases, there is release of acetylcholine and an increase in extracellular potassium levels.

These similarities have prompted us to propose that there may be an evolutionarily conserved mechanism for the acute symptoms of concussion in vertebrates — the activation of GIRKs coupled to muscarinic receptors. The mechanism is triggered by the excitation of the mechanosensory system in the head skin, supporting a clear non-pathological cause for the aforementioned acute concussion symptoms.

However, much more evidence is needed before we can directly link our findings on the concussion-like behavior in tadpoles with those in higher vertebrates like birds, mammals, and ultimately, humans.

In this study, we only monitored tadpole motor responses after concussive stimuli. We were not able to test the effect of concussive stimulation on tadpole consciousness because tadpole forebrain is still largely undeveloped at two days of age.

To know precisely which brain functions are affected in concussion, we need to identify the involved cholinergic neurons in the brainstem of older tadpoles and/or adult frogs and their axon projection targets.

Similar tests need to be carried out in other animal species to verify if the same mechanism can explain their acute concussion symptoms.

Wen-Chang Li, PhD
Wen-Chang Li is a reader in the University of St. Andrew’s School of Psychology and Neuroscience. He received his PhD in biophysics from the Institute of Biophysics in the Chinese Academy of Sciences.

Xiao-Yue Zhu
Xiao-Yue Zhu is a PhD Student at New York University-Shanghai. She carried out some experiments in this study as part of her undergraduate senior honors project at the University of St Andrews.

Emma Ritson
Emma Ritson is a senior honors neuroscience student at the University of St Andrews.
﻿