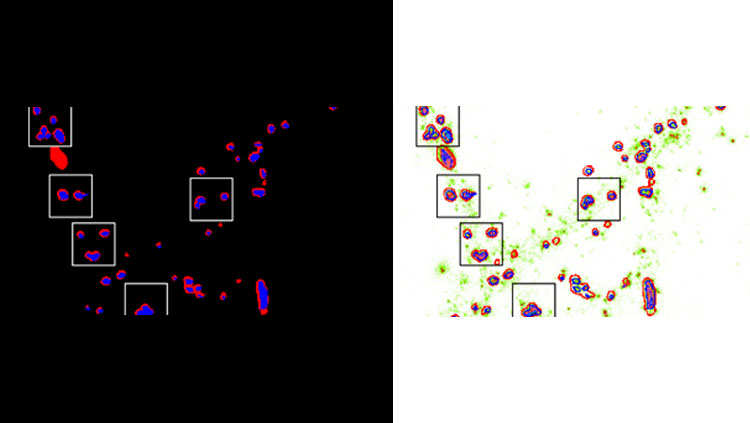 Extracting spatial heterogeneity of AMPA receptor content within functional zones of the synapses to quantify homeostatic scaling. Related to Figure 5 in the manuscript.

We sought to devise an analytical paradigm for directly measuring multiplicative scaling of synaptic protein levels using immunocytochemistry to examine spatial heterogeneity in homeostatic synaptic plasticity. We examined whether the total pool of AMPA receptors behaved identically to those localized at the synaptic surface or the postsynaptic density.

Synaptic plasticity is the ability to alter synaptic strength, with changes in molecular and morphological properties of individual synapses in response to variations in neuronal activity. Hebbian plasticity involves synapse strengthening during correlated activation of the presynaptic and postsynaptic neuron. However, such unconstrained positive feedback can destabilize neuronal network activity.

Chronic suppression of activity in cultured neurons causes a multiplicative increase in EPSC amplitudes indicative of synaptic scaling. However, this characterization is limited to the number of active synapses and underlying molecular and spatial changes remain unknown. We devised a paradigm to quantify scaling from immunostained neuronal cultures. We estimated scaling factors for glutamate receptors and several scaffolding molecules within functional subsynaptic regions, revealing anatomical insights into molecular homeostatic changes.

The slope, as measured from a plot of TTX versus control fluorescence intensities arranged in ascending order and taken from a large set of randomly chosen synapses, gave an estimate for the scaling factor. Hypothetical scaled TTX data were generated by dividing TTX data by a scaling factor. Anderson-Darling (AD) test and/or Kolmogorov-Smirnov (KS) was used to compare this scaled and control distribution to verify the occurrence of synaptic scaling.

We calculated different scaled TTX data distributions by dividing the TTX data by a range of hypothetical factors and generated a plot of the p-values from KS test comparing each scaled TTX distribution with control data. The scaling factor corresponding to the highest p-value among all comparisons was considered as the most accurate. We repeated this process for 100 different random subsets of all synapses and obtained an average scaling factor.

Using this approach, we determined the scaling factors for synaptic levels of GluA1 and GluA2 AMPA receptors in mouse cultures after 48 hours of TTX treatment, which were of a similar order to previous electrophysiology estimates. Our method could also be reproduced across species and synaptic proteins yielding comparable scaling factors for postsynaptic proteins Shank2, PSD95 and presynaptic Bassoon in mouse and rat cultures.

Longer incubation with TTX (24 versus 48 hours) caused greater scaling up in synaptic levels of surface expressed GluA2, with distal dendrites showing 6 to 7% more scaling than the proximal dendrites. Next, we examined whether the increase in synaptic AMPA receptors during scaling was due to an increase at the PSD or in the adjoining perisynaptic compartment which could serve as a reserve pool to deliver naïve receptors. STED microscopy showed correlated scaling of GluA2 levels at the synapse and perisynapse and increased recruitment of GluA2 to the perisynapse in comparison to the PSD.

Our quantitative method of analyzing immunocytochemical data to estimate scaling factors can be reproduced across species and for any pre- and postsynaptic proteins involved in homeostatic synaptic plasticity. With super-resolution microscopy, we were able to extract scaling factors for AMPA receptors within spatially discrete functional zones of synapses segregated by a few 100nms. We observed greater scaling in the perisynaptic compartment indicating that it could act as a reserve pool of naïve receptors, which would be trafficked in an activity dependent manner to the PSD.

Our study provides an easily adaptable immunocytochemical approach that can be used alongside electrophysiology to obtain anatomical and molecular insights into homeostatic synaptic plasticity. We envision that this would be a useful tool to characterize synaptic scaling deficits in cultures from disease models.

Sridevi Venkatesan
Sridevi Venkatesan is a graduate of the Indian Institute of Science, Bangalore, in India, and is currently a third-year PhD student in the department of physiology at the University of Toronto.

Deepak Nair
Deepak Nair is a principal investigator at the Center for Neuroscience, Indian Institute of Science, Bangalore, in India. His lab focuses on understanding the role of molecular organization in health and disease.
﻿