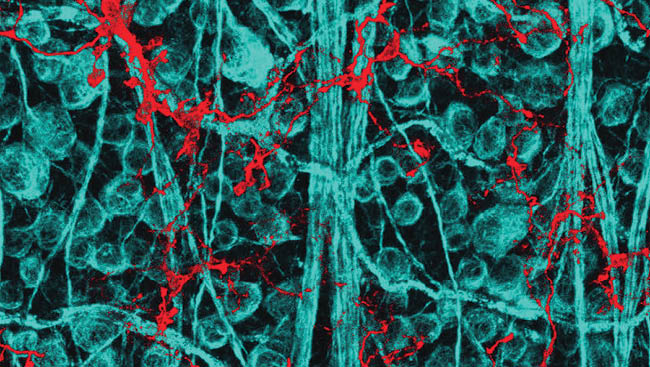 Chronic pain is a widespread, debilitating condition in need of effective treatments. Unfortunately, current drugs for pain relief, such as opioids, often have unwanted side effects, including addiction and abuse, which are mediated by off-target drug activity within the central nervous system.

Therefore, scientists and clinicians have been particularly interested in identifying new targets for pain relief within the peripheral nervous system.

One explanation for these failures is there are likely important, yet often overlooked, differences in the physiological effects caused by drugs in humans compared to model organisms such as mice.

In response to this criticism, our lab has established an approach to collect and use peripheral sensory neurons from human organ donors to better understand human sensory neuron physiology and how it compares to that of rodents.

Further, we found pharmacological activation of these receptors in mouse and human neurons can reduce hyperexcitability caused by inflammatory mediators. Notably, increased excitability of sensory neurons is thought to be important for the development and maintenance of some forms of chronic pain.

Therefore, these findings suggested mGluR2/3 might be peripheral targets for pain relief in humans.

We wanted to further test the translational potential of mGluR2/3 for pain relief. To do this, we used neurons collected from human organ donors and laboratory mice to compare the function and gene expression of mGluR2/3 in peripheral sensory neurons between species.

Due to technical limitations, we performed experiments on human neurons later after tissue collection than experiments on mouse neurons. We first asked whether activating mGluR2/3 reduces another form of sensory neuron sensitization caused by inflammation that has been implicated in chronic pain.

We found pharmacological activation of mGluR2/3 successfully blocked sensitization of mouse sensory neurons. However, this observation did not translate to human sensory neurons, and statistical analysis showed that the timing of human neuron experiments did not influence our finding.

In combination with our previous work, these recent findings suggest mGluR2/3 block some, but not all, mechanisms of sensory neuron sensitization that may give rise to pain. Nevertheless, these receptors remain potential peripheral targets for pain relief that merit further investigation.

Most importantly, our findings demonstrate that using human tissue to verify promising pain-relieving drugs identified in rodents is a critical step towards developing effective and safe treatments for chronic pain.

Visit eNeuro to read the original article and explore other content. Read other summaries of JNeurosci and eNeuro papers in the Neuronline collection, SfN Journals: Research Article Summaries.