Getting Into the Beat of Music 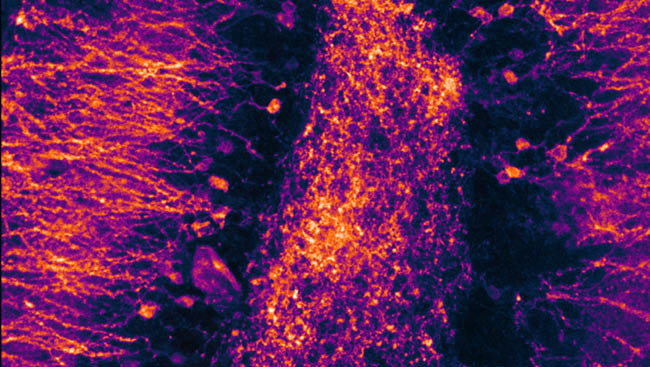 Most humans have a near-automatic inclination to tap, clap, or move to the beat of music.

The capacity to extract a periodic beat from a complex musical segment is remarkable, yet the neural mechanisms through which this is achieved remain elusive.

In this study, we sought to determine whether there is evidence for neural entrainment to the beat.

Specifically, we conducted empirical testing of a theoretical model called the Neural Resonance Theory (NRT). The NRT suggests that an internal model of a beat is formed through non-linear computations that cause neural activity to fluctuate or oscillate at the beat frequency.

To this end, we recorded neural activity in humans using magnetoencephalography (MEG) as participants passively listened to 30-second long syncopated drumbeats designed so that they contain no energy at the beat frequency.

The frequency representation of the two syncopated stimuli have several peaks at different frequencies but contain no energy at two hertz, which is the expected pulse frequency.

We analyzed the frequency representation of the neural activity while subjects listened to the beat and compared it to the modulation spectrum of the stimuli.

The MEG-recorded neural responses to these stimuli showed peaks at all the frequencies contained in the stimuli. In addition, however, clear two-hertz peaks were observed for both syncopated stimuli, despite the absence of this frequency in the stimulus spectrum.

After establishing the emergence of a pulse-related neural response, we asked which brain regions are involved in generating this “missing-pulse” response profile.

Whole brain source analysis revealed that the strongest “missing-pulse” response was localized to the right and left superior temporal gyrus.

Although all ROIs showed peaks at frequencies that exist in the stimulus itself, statistical analysis revealed a “missing-pulse” response at two-hertz only in the auditory ROIs.

We were also interested in testing whether the emergence of a neural representation for the pulse was linked to the behavioral perception of a pulse.

Therefore, we conducted an independent assessment of our participants’ ability to extract the pulse from syncopated stimuli in a tapping task, performed outside the MEG immediately after the main experiment.

In this behavioral task, participants were asked to listen to 10 different syncopated rhythms and, once they perceived the pulse, start tapping with their index finger at the beat frequency.

This result supports the notion that the 2-Hz peak is related to the perception of a pulse rather than the acoustics of the stimulus.

In summary, we tested key falsifiable predictions of NRT and demonstrated the emergence of neural oscillations at the perceived beat-frequency, which correlated with individual differences in beat perception.

The “missing pulse” finding demonstrates the capacity of auditory cortex to internally generate activity at the beat rate, despite its physical absence in the stimulus.

This phenomenon is not seen in individuals who are slower in extracting the beat of the syncopated rhythm, linking this response directly to beat perception rather than stimulus properties. While these individuals managed to tap to the beat, the longer time it took them to perceive this beat might be related to either weaker or slower neural response at the beat frequency.

Together, these findings provide evidence for neuronal “entrainment” to the beat supporting the “neural resonance theory.”