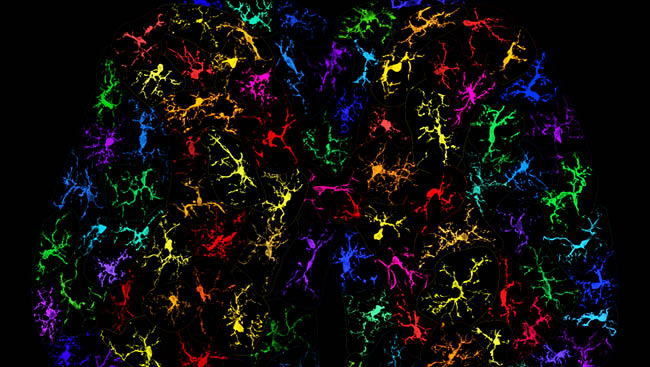 We investigated the role of rat medial prefrontal cortex (mPFC) neurons during the execution of a self-guided working memory task. In particular, we asked:

1) How are distinct aspects of the task encoded by the population activity?

2) How is performance of the task related to changes in this neural activity?

Working memory (WM) refers to the ability to hold and manipulate information in the brain during a delay for future use. WM requires several cognitive functions, such as planning, executive control, task monitoring, and memory.

Prior work employing neural recordings has found that optimal WM performance is accompanied by populations of mPFC neurons tracking the various task requirements (e.g., epochs and rules). Notably, persistent elevated activity has been observed in mPFC neurons during the delay epoch of working memory tasks.

This persistent activity was initially considered evidence the mPFC acted as a buffer to temporarily retain information. This view has been recently challenged by studies suggesting the mPFC does not directly store memory information but rather is important for directing cognitive resources and attention toward the relevant neural circuits designated to maintain memory representations.

In this framework, our study aimed to further characterize the contribution of rodent mPFC to WM by employing a well-established measure of WM: the odor span task (OST). The OST is a WM task for rodents that closely resembles human tasks that assess memory span. Performance of the OST depends on a distributed neural circuit including mPFC and dorsomedial striatum. However, to date, no studies have assessed the patterns of neural activity underlying OST performance.

The OST consists of successive trials separated by 40-second delays. In each trial, the rat has to identify a novel odor and dig in a corresponding bowl to receive a food reward. In order to identify the novel scent, the animal must retain a memory of all previously encountered scents. Performance is quantified as the maximum number of familiar scents correctly retained in a session. There are three distinct epochs during each trial: delay, foraging, and reward/error.

In this study, well-trained rats were implanted with mPFC electrodes, and we recorded and analyzed the activity of 382 neurons. Measures of neural firing were assessed across this population to determine the computations mPFC might contribute to this behavior.

More specifically, we used linear statistical approaches to characterize the patterns of activity that populations of mPFC neurons exhibit when this task is performed optimally versus sub-optimally. We used a dimensionality reduction technique, principal component analysis (PCA), to identify the most prominent patterns of activity in the neural population and to classify neurons based on their specific activity profiles.

To make sure the animals relied solely on odor to guide their behavior, we randomized the location of bowls at each trial and minimized the variability of other external factors. Post-hoc analyses showed that behavior was uniform across different performance levels and consistent with a probabilistic distribution, and that performance was uniform across animals.

Using the PCA results, we identified a subpopulation of neurons whose activity increased substantially during the second half of the delay epoch and then decreased sharply at the beginning of the foraging epoch. We found the activity of this specific class of neuron was the best predictor of task performance.

Specifically, in the high span sessions, such increases started earlier and decreased more gradually toward the end of the delay compared with the low span sessions. No differences between firing rates in the low and high span sessions were observed in the remaining classes of neurons.

The presence of a subpopulation of late delay-active neurons is particularly interesting. Given our neural recordings were acquired from well-trained rats that likely anticipated the end of the delay, the activity of this population may reflect preparation for foraging. The significant divergence of activity patterns on low and high span sessions could be indicative of the readiness of the neural population to transition from delay to foraging epochs, with smoother transitions facilitating the maintenance of information across epochs.

The strong modulation of neural activity upon approach to novel odors could be interpreted as a novelty signal triggering the dig. On the other hand, the lack of evidence for a familiarity signal inhibition the digging was surprising given reports of deficits in response inhibition following lesions of the mPFC.

Collectively, our data highlight the rich and evolving dynamics in the mPFC that emerge throughout the performance of the OST, indicating a broad and diverse involvement of this brain area in the task. Given impairments in WM capacity are a central cognitive symptom of numerous brain disorders, future directions could involve using this task to model WM deficits in rodents and develop novel treatment approaches.

John G. Howland, PhD
John Howland is a professor of anatomy, physiology, and pharmacology at the University of Saskatchewan, in Canada.
﻿