Does It Take Effort for Bilingual Speakers to Switch Between Languages? It Depends. 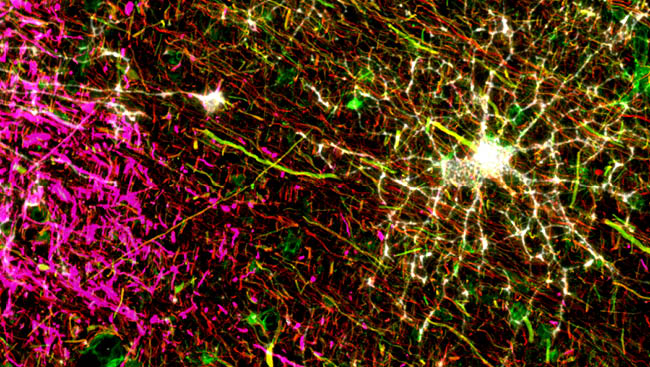 Material below summarizes the article Bilingual Language Switching in the Lab vs. in the Wild: The Spatiotemporal Dynamics of Adaptive Language Control, published on August 16, 2017, in JNeurosci and authored by Esti Blanco-Elorrieta and Liina Pylkkänen.

Research on the neurobiology of bilingualism has suggested that switching languages is inherently effortful, requiring executive control to manage cognitive functions.

However, our study shows that this is only the case when speakers are prompted, or forced, to do so.

In fact, we found that switching languages when conversing with another bilingual individual — a circumstance when switches are typically voluntary — does not require any more executive control than when continuing to speak the same language.

Bilingualism is an inherently social phenomenon, with the nature of our interactions determining language choice. These results make clear that even though we may switch between languages in which we are fluent, our brains respond differently, depending on what spurs such changes.

Historically, research on the neuroscience of bilingualism has asked speakers to associate languages with a cue that bears no natural association to the language, such as a color, and to then name pictures in the language indicated by the color cue.

However, this type of experiment doesn’t capture the real-life experience of a bilingual speaker. Given experimental parameters, it artificially prompts, or forces, the speakers to speak a particular language. By contrast, in daily interactions, language choice is determined on the basis of social cues or ease of access to certain vocabulary items in one language versus another.

This distinction raises the possibility that our brains don’t have to work as hard when changing languages in more natural settings.

In an effort to understand neural activity of bilingual speakers in both circumstances, we used magnetoencephalography (MEG), a technique that maps neural activity by recording magnetic fields generated by the electrical currents produced by our brain.

We studied Arabic-English bilingual speakers in a variety of conversational situations, ranging from completely artificial scenarios — much like earlier experiments — to listening to fully natural conversations that we recorded from undergraduates around campus. Participants then listened to these conversations while neural activity was recorded in the MEG.

Specifically, the brain areas for executive, or cognitive, control — the anterior cingulate and prefrontal cortex — were less involved during language changes in the natural setting than they were in the artificial setting. In fact, when the study’s subjects were free to switch languages whenever they wanted, they did not engage these areas at all.

Furthermore, in a listening mode, language switches in the artificial setting required an expansive tapping of the brain’s executive control areas. However, language switching while listening to a natural conversation engaged only the auditory cortices.

In other words, the neural cost to switch languages was much lighter during a conversation — when speakers chose which language to speak — than in a classic laboratory task, in which language choice was dictated by artificial cues.

This work got us closer to understanding the brain basis of bilingualism as opposed to language switching in artificial laboratory tasks and shows that the role of executive control in language switching may be much smaller than previously thought.

This is relevant for theories about “bilingual advantage,” which posit that bilingual individuals have superior executive control because they switch language frequently.

Our results suggest that the advantage may only arise for bilingual individuals who need to control their languages according to external constraints (such as the person they are speaking to) and would not occur by virtue of a life experience in a bilingual community where switching is fully free.