A ketone-supplemented diet may protect neurons from death during the progression of Alzheimer’s disease, according to research in mice recently published in JNeurosci. 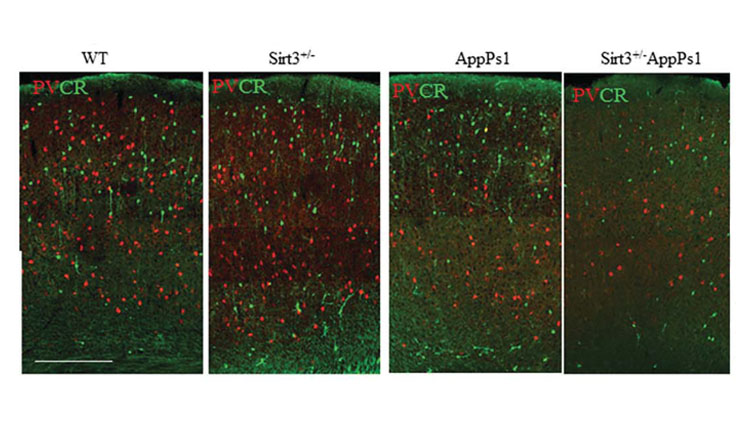 Early in the development of Alzheimer’s disease, the brain becomes over-excited, potentially through the loss of inhibitory, or GABAergic, interneurons that keep other neurons from signaling too much. Because interneurons require more energy compared to other neurons, they may be more susceptible to dying when they encounter the Alzheimer’s disease protein amyloid beta. Amyloid beta has been shown to damage mitochondria — the metabolic engine for cells — by interfering with SIRT3, a protein that preserves mitochondrial functions and protects neurons.

Increasing SIRT3 levels via ketone consumption may be a way to protect interneurons and delay the progression of Alzheimer’s disease.

Environmental enrichment can partially correct miswired neurons in the visual pathway, according to research in mice recently published in eNeuro. 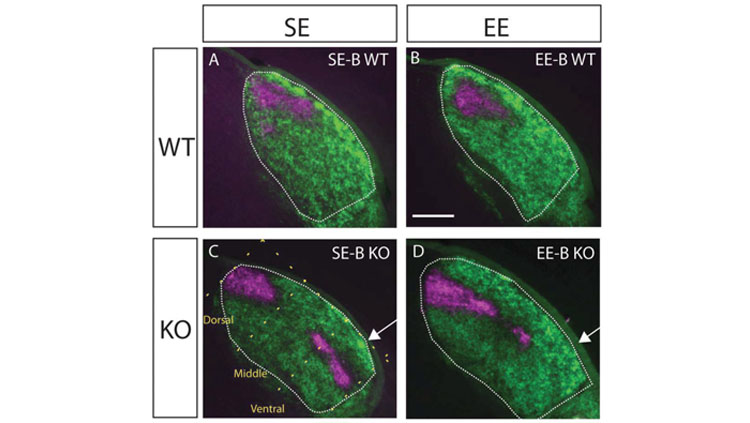 Enrichment can counteract mapping errors, but within a strict critical period after birth. These findings point to the potential of using early childhood enrichment as a treatment for neurodevelopmental disorders rooted in miswired neurons, such as autism.

Why Stress Doesn’t Always Cause Depression

Rats susceptible to anhedonia, a core symptom of depression, possess more serotonin neurons after being exposed to chronic stress, but the effect can be reversed through amygdala activation, according to new research in JNeurosci. 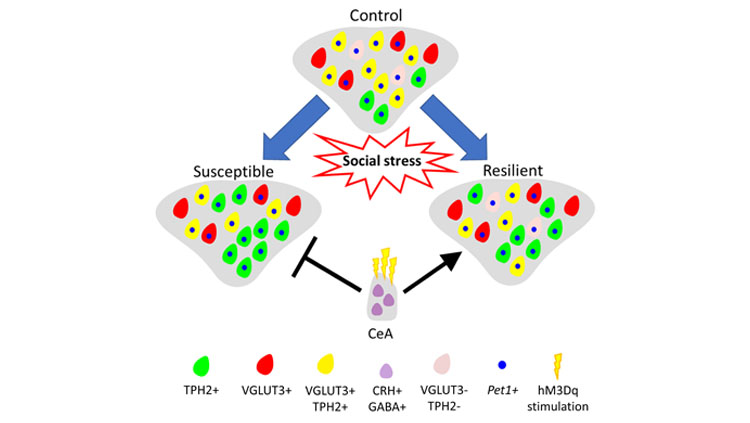 Some people are resistant to depression and anhedonia, or lack of pleasure, even when exposed to chronic stress. To measure susceptibility to anhedonia, Prakash et al. trained rats to activate an electrode that stimulated reward circuits in their brain, causing feelings of pleasure. The rats experienced social stress once a day and then were given access to self-stimulation fifteen minutes later. In rats susceptible to anhedonia, the stress dramatically increased the intensity of stimulation needed to feel pleasure, while it had little effect on the resilient rats.

Compared to the resilient rats, the susceptible rats had more serotonin neurons in the ventral part of their dorsal raphe nucleus, an area of the brain involved in regulating stress and reward. This increase is due to the recruitment of non-serotonin signaling neurons. When the researchers activated neurons in the central amygdala to prevent the increase in serotonin signaling, the rats experienced reduced effects from social stress.

According to senior author leading the study, Dr. Dulcis, understanding the molecular thumbprint of depression susceptibility could lead to treatments that induce resilience in the face of chronic stress.

Read the manuscript in JNeurosci: Serotonergic Plasticity in the Dorsal Raphe Nucleus Characterizes Susceptibility and Resilience to Anhedonia

Ketamine Reduces Drinking in Male, but Not Female, Rats

The drug ketamine decreases alcohol consumption in male, but not female, rats, according to new research published in eNeuro. The findings suggest that ketamine may be a viable treatment option for male patients with an alcohol use disorder. 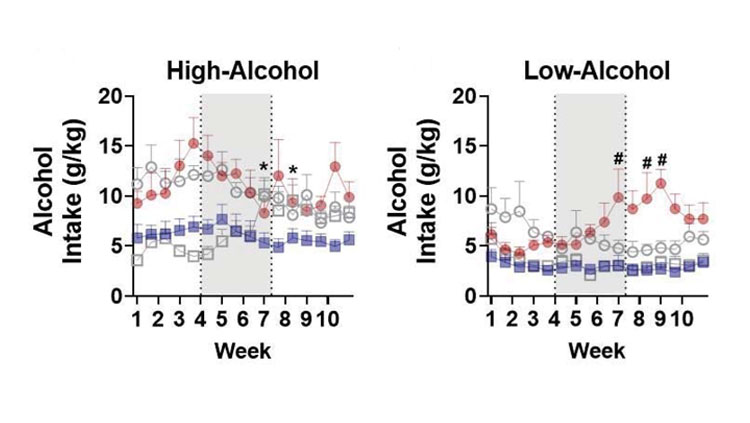 Prior studies found that ketamine reduces alcohol use disorder symptoms in both rats and humans, but the drug was administered once, rather than over a more realistic treatment time period. Ketamine is itself an addictive drug, so it is critical to examine how it affects patients over extended use.

Strong et al. divided male and female rats into groups based on how much alcohol they were prone to consume. The rats were allowed unrestricted access to alcohol three times a week. Three weeks later, ketamine treatments began.

Read the manuscript in eNeuro: Sex and Individual Differences in Alcohol Intake Are Associated With Differences in Ketamine Self-Administration Behaviors and Nucleus Accumbens Dendritic Spine Density