A tissue-like structure created from human stem cells and implanted into a damaged region of the mouse brain improves cell survival and differentiation relative to conventional, cell-based methods. The research, published in eNeuro, encourages further investigation of this strategy and its potential to treat traumatic brain injury and neurodegeneration. 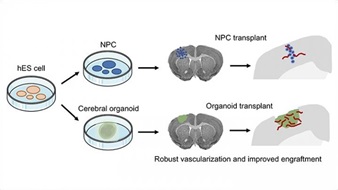 Hongyan Zou and colleagues compared two methods for transplanting human pluripotent stem cells into the frontoparietal cortex of young mice, part of which was removed. The researchers report growing cells into a miniature, brain-like organoid for just over a month was superior to transplanting individual neural progenitor cells. The three-dimensional structure may have helped shield transplanted cells from the damaged host brain to promote their survival.

These findings, together with a previous study demonstrating the feasibility of a similar cell replacement technique, provide a new way to study human brain development and disease progression in the laboratory. They also warrant consideration of the ethical issues associated with the development of cerebral organoids for therapeutic purposes.

The recreational drug known as ecstasy or molly may help people regain trust in others after being betrayed, suggests results of a controlled laboratory study, published in JNeurosci, of healthy men given a pure form of the substance. The drug is currently being assessed for its potential as a supplemental treatment for post-traumatic stress disorder. 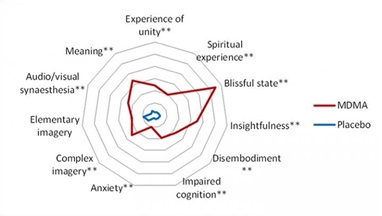 Male participants were randomly assigned to receive MDMA or a placebo and then played a game in which the participant and a second player could either work together or against each other. Those in the MDMA group were more likely to choose to cooperate with an opponent who had betrayed them but otherwise proved to be trustworthy. This behavioral shift was not observed during interactions with untrustworthy opponents, indicating the effect of MDMA is sensitive to the other player's behavior. Finally, the researchers report altered activity in brain regions involved in the processing of social information.

Drummers and brass players are better able to judge the timing of visual stimuli than members of the color guard, according to a naturalistic study of the world-class drum corps Bluecoats published in eNeuro. This counterintuitive finding extends previous research demonstrating superior sensory learning and memory from cross-training the brain's audio and visual systems. 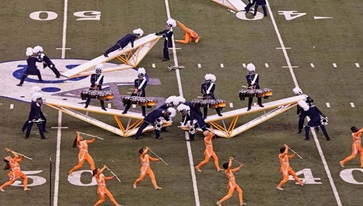 During an intensive, five-week spring training program, Nestor Matthews and colleagues compared the ability of young adult Bluecoat percussionists, brass players, and color guard to detect the order of moving stimuli mimicking the color guards' visual displays. This study design enabled the researchers to investigate the effect of musical and visual training on visual timing, while controlling for experience and skill level.

The results reveal percussionists perform the task more precisely and quickly than brass players, who perform better than the color guard. Taken together with findings from neuroimaging and brain stimulation research, this pattern suggests musical training shapes cortical areas responsible for synchronizing rhythm and behavior. 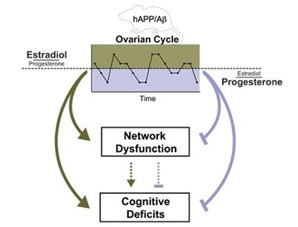 AD begins to develop decades before the first clinical symptoms emerge. This means the disease may already be progressing during a woman’s reproductive years. Dena Dubal and colleagues asked whether the hormones — specifically estrogen — released during the natural ovarian cycle promote disease progression in at-risk individuals.

Despite similarities in cycle length and fertility, the researchers found AD model mice spent a greater portion of time in stages with high estrogen levels than control mice. These stages were associated with impaired learning and memory and abnormal activity in AD-affected brain regions. The researchers also observed a sharp increase in beta-amyloid production during one of the high-estrogen stages. These findings emphasize the importance of incorporating female biology into the study of nervous system disorders.