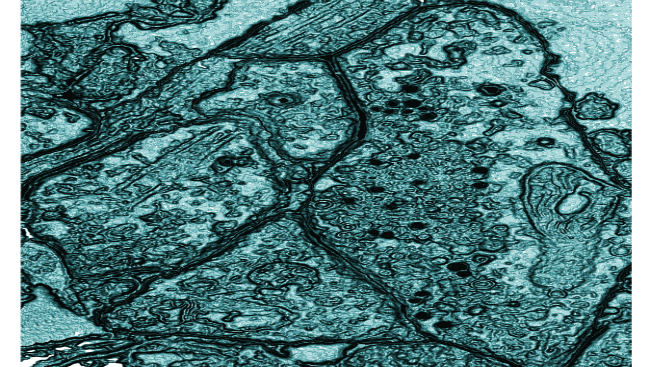 To learn more about the human brain, researchers often turn to looking at the brains of other primates, like the Rhesus macaque. Similar to the human brain in both organization and function, non-human primate brains can also be evaluated during tasks requiring complex thought, perception, and decision making. Understanding the neural circuitry underlying these processes will provide clues into the human brain, both its normal functioning and disruptions that lead to mental disorders. However, probing these circuits requires advanced techniques.

Two-photon microscopy can investigate neural circuits at both the level of networks and individual synapses. When coupled with calcium imaging, recordings can be made from hundreds of neurons simultaneously or within discrete dendritic spines. Popular calcium dyes like Oregon Green BAPTA-1AM (OGB) have low background, high stability, and a high signal-to-noise ratio that allows single action potentials to be detected.

However, two-photon microscopy in non-human primates presents challenges that prevent it from being widely used. Typically, imaging is done in the horizontal plane, but the size and shape of the non-human primate brain make this difficult; most areas of interest are too lateral or caudal The best option to get around this is to rotate the microscope — a feature becoming more common on two-photon microscopes.

Tilting the microscope is not without its own problems, but special imaging wells and simplified frames to hold the setup in place can be created. Another unique feature of imaging in non-human primates is that the dura must be removed, as it is not transparent.

An additional major consideration is the calcium dye. OGB isn’t fluorescent until it enters the cells, making it hard to track its progress. To ensure the dye isn’t getting clogged or flowing backwards onto the brain, another dye, Sulforhodamine 101 (SR101) can be used in conjunction with OGB. Also, OGB labels both neurons and astrocytes while SR101 specifically labels astrocytes, so a combination can distinguish both cell types. One consideration to keep in mind during analysis is that the high firing rate in the non-human primate brain (and the slow decay of OGB) may make it difficult to detect single spikes. Additionally, saturation may cause differences among groups of neurons to be over or underestimated.

Finally, even in anesthetized animals, breathing and pulse can cause small movements that distort the images. Small craniotomies followed by a layer of agarose and a coverslip clamped to the imaging well can help to prevent distortions from breathing, while problems caused by the pulse can generally be corrected afterwards, during analysis.

The hope for the future is to be able to image non-human primates while they are awake. This will require optimizing the system for genetically encoded calcium indicators (GECIs) to allow long-term, repeated imaging and making more tweaks to the setup to deal with movement. But the potential of two-photon microscopy make refining the technique worth it. Its high resolution coupled with the ability to simultaneously monitor hundreds of neurons promises to yield valuable insight into the circuitry of the primate brain.