Speaking Openly About Using Animals in My Research 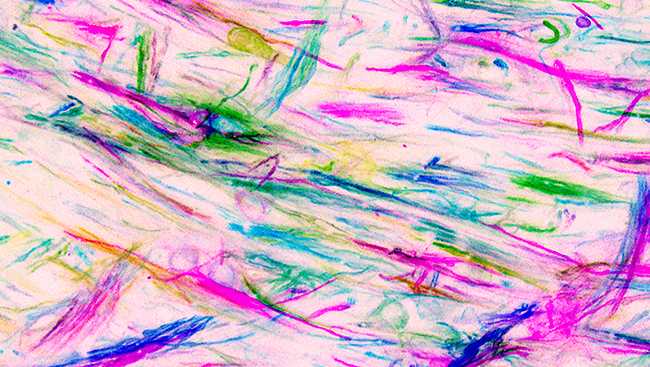 I believe the key to an effective discussion about animal research is authenticity.

I learned this firsthand during a lecture I gave at the University of California at Irvine’s Distinctive Voices Series organized by the National Academy of Sciences.

My talk centered on our work with rhesus monkeys to study emotional and social behavior. I talked about touch and affective touch and showed many pictures of the monkeys we study.

I immediately heard questions related to their welfare and deaths. Because I think we can all instinctively detect authenticity and truthfulness when we listen to others, I addressed these difficult topics honestly.

I shared how I believe keeping the animals alive in a “retirement facility” after the studies are completed isn’t always the kindest decision. It benefits our conscience because we think it's better for the animals to live, but in reality, if they bonded with the scientists, then sending them to be cared for by strangers is painful and stressful.

I told the audience I did that once, and when I followed up, I learned that the animal wasn’t better off. Actually, separation and adjustment to a new social environment was more stressful for that monkey than working in the lab. I also shared with the audience how these animals die, and I am there with them until their last breath.

It was amazing how this transparency resonated with people. I received such positive feedback.

People wrote emails saying they were always against animal research, but knowing I was on the other end, they weren't so concerned anymore I think my communication was successful because I was honest. I allowed them to realize scientists working with animals are human beings. We get attached to the animals. We feel responsible for them, and we want to honor their sacrifice.

Another time when I was able to talk openly about animal research was when I taught medical students. One of my lectures was on ocular dominance columns, and as I told my students we learn about them through work with kittens, I heard a collective “oh” and other sounds of sympathy.

Instead of ignoring their reactions, I recognized I had another opportunity to build awareness. I took a few minutes to explain why I thought their reactions were legitimate, and then I explained what that research has taught us and why this knowledge is important to improve human suffering caused by faulty brain development.

As these two examples suggest, researchers can have open discussions with the general public and provide a bigger perspective on animal research, reminding them of all the beings (humans and animals) who would continue to suffer without the knowledge we gain from this work.

Taking a step back and preparing your audience for potentially upsetting information pays off. Difficult conversations can be rewarding if we listen and engage people in a dialogue (without being defensive) to help them understand the positive impacts of animal research.

Katalin Gothard, PhD
Katalin Gothard is a faculty member in the physiology and neuroscience departments at the University of Arizona.
﻿
MORE
4 of 5 articles left
Login or Become a Member to unlock content