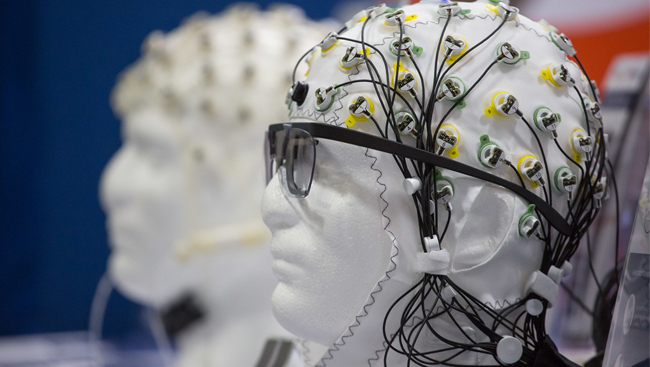 In 1842, Charles Dickens visited the Eastern Penitentiary in Philadelphia to examine what was being called a revolutionary form of rehabilitation. After his visit, he summarized his observations into an essay in which he stated, “I am only the more convinced that there is a depth of terrible endurance in it which none but the sufferers themselves can fathom, and which no man has a right to inflict upon his fellow-creature. I hold this slow and daily tampering with the mysteries of the brain, to be immeasurably worse than any torture of the body.” Dickens’ words describe solitary confinement. While there is no one standard for solitary confinement conditions, it usually involves an individual being placed in complete sensory and social isolation for 23 hours a day. What Dickens observed in 1842 is not unlike current solitary confinement conditions.

At its start, the justice system was meant to be rehabilitative, a place for individuals to learn from their mistakes and return to the community as productive members of society. This was an ideal model, but was not executed as well as described. In the 1970s it appeared that the current techniques were not working (rising crime rate and disenchantment with current state) and the system took a turn toward more punitive goals. Still, some scholars argue that the ideas behind rehabilitative treatment are embedded and possibly still growing within our current justice system.

Recent mainstream media articles are highlighting the need to push toward more rehabilitative measures. Solitary confinement does not align with the idea of rehabilitative treatment in prisons, as prisoners released directly from supermax prisons (which are comprised entirely of restrictive housing) committed crimes about one year sooner than individuals released from the general prison population.

The inefficiency of solitary confinement is not surprising considering the damaging effects of this treatment. For example, researchers have been able to observationally examine the psychological effects of solitary confinement in inmates, an effect referred to as “SHU syndrome.” SHU Syndrome includes difficulties with thinking, concentration, and memory, and affective disturbances, such as extreme anxiety and panic. It can lead to psychiatric disorders such as generalized anxiety or panic disorder. The effects of solitary can even manifest as symptoms of post-traumatic stress disorder (PTSD), such as developing hypervigilance and amnesia for the events that occur to them while in solitary (these symptoms are classified in the DSM5 Criterion D and E for PTSD). Another symptom of SHU syndrome is difficulty with impulse control, which prisoners reported to lead to impulsive self-mutilation. Correspondingly, there is positive correlation between time spent in solitary and self-harm behavior. We must question the utility of a treatment with the potential to lead to psychological disturbances and self-harm.

While researchers have documented these symptoms of solitary, it is difficult to scientifically study inmates due to ethical issues with research involving prisoners, such as ensuring adequate informed consent. Previous studies have attempted to specifically study the effects of isolation in nonhuman animal models. Harry Harlow studied isolation in monkeys by placing them in a “pit of despair,” an inescapable steel vertical chamber which was “designed to facilitate production of psychopathological disturbances.” Upon release from this chamber, the isolated monkeys were more likely to “contact cling” to their peers, a behavior representing “maturational or psychological regression.” A separate study attempted to study similar effects in humans, where researchers placed male graduate students in complete sensory and social isolation for 24 hours. These conditions were found to impair thinking, induce visual disturbances, and cause childish emotional responses, such as high irritability interspersed with periods of easy amusement. If these types of effects are observed in graduate students due to 24 hours in isolation, the effects on inmates being subjected to worse conditions for longer durations is likely detrimental.

The ethical issues surrounding the use of solitary confinement have manifested in legal manners. Court cases have argued that solitary confinement violates an American citizen’s 8th amendment right to not be subjected to cruel and unusual punishment. Justification to counter this argument usually revolves around the rehabilitative nature of the treatment, as solitary confinement is thought to encourage reflection on self-actions. Author Lindley Bassett argues the impracticality of this type of claim by describing the damaging mental effects of solitary, such as those described above. Bassett reasons that if the mind is consumed with anxiety and panic, there is no space for an individual to reflect on his or her actions.

In a 2016 article, neuroscientist Cara Altimus stressed the need for a bridge in the knowledge gap between neuroscience and criminal justice policies. In her argument, she discusses that neuroscientists know genetics, trauma, and stress affect decision making, just as it is known that solitary confinement does affect mental health. While these facts are known, they do not necessarily mean that convicted individuals are making bad decisions because they have different brains than those not in prison. These facts simply highlight the need to incorporate these types of scientific findings on individual variability when examining the prison population and appropriate rehabilitative treatment. Altimus argues that while we keep expanding on research findings in the lab, neuroscientists need to ensure these findings are being translated into the criminal justice field. Scientists should be involved in the criminal justice systems by ensuring their scientific findings, which could potentially impact policy, are heard and translated appropriately. Specifically, burgeoning neuroscientists have a responsibility to inform themselves on societal justice issues too, as they will eventually be the drivers of research questions influencing these issues. Scientists and ethicists should be brought into a conversation with criminal justice officials to discuss the implications of neuroscientific findings to the real-world justice system.

Due to various court cases, ethical discussions, and research studies, solitary confinement in its current state is not advised for individuals with preexisting mental illnesses. Because individuals with preexisting mental health conditions are already in a mentally vulnerable state, solitary confinement has been suggested to worsen current illnesses and disregard medical needs. While acknowledging these effects is a step in the positive direction, this creates a new set of ethical issues for physicians and psychologists, who are frequently called upon to deem someone mentally fit for solitary. In diagnosing one prisoner as being mentally unstable for solitary confinement, a clinician (most often a doctor or qualified nurse) would consequentially have to make the choice to subject another prisoner to the mentally damaging effects of solitary confinement.

The United Nations wants to eliminate the use of any isolation treatment because it “has been shown to be injurious to health.” Therefore, the World Health Organization (WHO) recommends that physicians do not involve themselves in the process for clearing adult inmates as mentally fit for a duration in solitary confinement. While the recommendations seem strong, they present new ethical challenges. Complete removal of the clinician’s involvement from the solitary confinement process poses a danger to those inmates inevitably bound to solitary confinement. Should physicians follow the WHO recommendations, there would be no advocates for the mental and physical well-beings of the inmates in these conditions. However, allowing physicians to involve themselves and carefully monitor inmates would help encourage the practice. These issues leave clinicians, who swear by the Hippocratic Oath to do no harm, in an ethical dilemma.

While there are various recommendations that have come from researching the effects of solitary conditions, solitary confinement still very much resembles the 1842 version Dickens observed. However, there have been advances in restrictions to the treatment. In 2015, The United Nations Standard Minimum Rules for the Treatment of Prisoners revised their rules to prohibit prolonged solitary isolation for anyone and to completely prohibit isolation for children and individuals with mental disabilities. After becoming the first sitting president to visit a federal prison, President Barack Obama asked for a review of the overuse of solitary confinement in America. In 2016, after completion of this review, President Obama adopted the Justice Department’s recommendations, creating new guiding principles for the correctional system, such as expanding treatment for the mentally ill and increasing time spent outside. While these advances reflect positive changes, there is no guarantee that they are being followed; this fails to ameliorate the core issue at hand, leaving the ethical, psychological, and legal implications of solitary confinement unresolved.

Kristie Garza
Kristie Garza is a PhD candidate in the Neuroscience Graduate Program at Emory University. Garza’s research focuses on the role of non-neuronal cells in learning and memory processes related to PTSD. She received her BS in psychology from the University of Texas at Austin.
﻿
MORE
4 of 5 articles left
Login or Become a Member to unlock content