Neuroscience: Out of Pandora's Box and Into the Boardroom 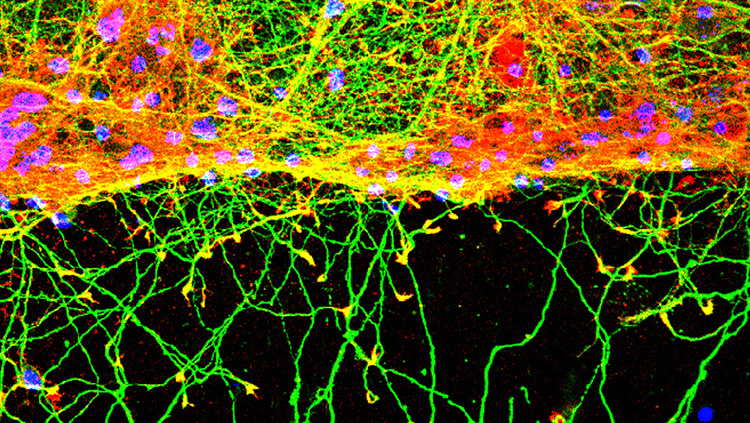 Neuroscience has escaped the confines of the laboratory and is now popping up in business settings. More specifically, neuroscience is now playing a visible role in supporting the development of new business leaders. Neuroleadership is the intersection of neuroscience (the study of how the brain works) and leadership development (the rapid professional development of people in management positions). In short, now that we have a better idea of how the brain works, businesses will have an easier job of molding employees to become better managers.

The dilemma that neuroleadership, a field of professional education that is based on neuroscience, faces is how to systematically handle the hard job of translating the technical products of a rigorous scientific field into public interest concepts useful to non-scientists.

The field of Neuroleadership was named by David Rock who founded the Neuroleadership Institute in 2006. Arguably, the field existed before it had a name. Neuroleadership has been practiced by any thought leader who asked a neuroscientist to explain the patterns of human behavior in offices and classrooms and subsequently used that scientific explanation, on a larger scale, to help humans behave better. A person with better behavior is able to more often override the natural biases, instincts, and knee-jerk reactions that make us behave in ways that we ultimately regret.

Leadership development, whether it is based on neuroscience or not, is commonly used in corporate offices world-wide. No one is born to manage a corporate team. This is something that people must learn to do. Large companies spend tens of millions of dollars annually on workshops, training, and coaching for their middle managers and senior leaders.

Neuroleadership doesn’t have to be delivered as technical information. In fact, any topic of education is easier to learn when non-essential technical jargon is left out. The neuroscience behind neuroleadership can stay behind the scenes. Developing leadership skills, teaching emotional awareness, and generally helping people be happier and more productive doesn’t have to include a bunch of scientific language to be educational.

Neuroleadership factoids, the currency of neuroleadership thought leaders, are concepts that are based in neuroscience and familiar to business people. These neuroleadership factoids are created when a thought leader takes a scientific discovery and distills it into a soundbite so that it might be useful in helping business people understand how to overcome a common interpersonal hurdle in an office setting. These factoids are disseminated through books, public interest articles, and TED talks.

Leadership practitioners use neuroleadership factoids to help them teach human nature and help employees understand their fellow human and themselves a little bit better. I coined the term to highlight the idea that neuroleadership doesn’t teach science; it teaches valuable professional lessons that have their roots in science. The problem is that neuroleadership factoids come to be accepted as facts, but they are actually just silhouettes of facts. These factoids have been extracted away from the necessary information required to make sure they remain facts. In simplified factoid form, they are scientifically untrue; that’s ok because they are useful to adult education even when they have lost their scientific accuracy.

An example of a popular neuroscience factoid is an “amygdala hijack”-- the experience of feeling overwhelmed with fear and responding with a fight (attack) or flight (escape). The term amygdala hijack is believed to be coined by one of the well-cited thought leaders in neuroleadership, Daniel Goleman, as a way of distilling the work done by neuroscientist Joseph E. LeDoux on understanding the role of the amygdala. Goleman leveraged the research of scientist Joseph E. LeDoux in his famous book, Emotional Intelligence: Why it can matter more than IQ.

While there is a Wikipedia page for amygdala hijack that references Goleman and LeDoux, it is, in reality, a different term—emotional hijack, that makes a key appearance in Goleman’s book Emotional Intelligence, published in 1995. It’s unclear how or when the original term was publicly exchanged for the now more commonly used term amygdala hijack.

Although neuroleadership factoids are popular, often repeated, and useful to professional education in the business world, these concepts tend to be unfamiliar, even sounding non-scientific or incorrect, to neuroscientists.

Emotional hijack is a purposefully non-technical neuroleadership factoid created to sidestep any technical criticism. It isn’t scientifically accurate to say that you experience an emotional hijack, but it’s not incorrect either. It’s an elegant, descriptive, non-technical term. It was never meant to describe how the brain works. It was meant to help people understand complex human experiences.

The dilemma in neuroleadership is that factoids gain a life of their own as they pass from one practitioner to the next. Like a virus, each leap allows for the possibility of a new mutation. Without formal scientific training, neuroleadership practitioners are unprepared to reject a factoid that oversteps its bounds.

It was one of these mutations that likely created the term amygdala hijack. An emotional hijack is a descriptive term highlighting a human experience, but an amygdala hijack oversteps the bounds of being descriptive and seems like a technical term. If you asked a neuroscientist to judge whether an emotional hijack is a real thing, they may shrug and say, “I guess I feel hijacked by my emotions sometimes.” When you ask a neuroscientist about an amygdala hijack, however, they may become more technically critical. They may ask, “Where is the evidence to show that the amygdala is the structure that overrides other parts of the brain?” In case you were wondering: there is none.

Ten years after Goleman’s book was published, the search term amygdala hijack was used more than the search term emotional hijack. This imbalance persists today and can be seen when you enter these terms into Google Trends, a website that identifies trends in search terms over the last decade and a half. Some articles and blog posts use emotional hijack, some use amygdala hijack, and others use the two terms interchangeably.

The reason that we associate the amygdala so strongly with emotion is not because it’s the part of the brain that is solely responsible for emotion, since there are actually many parts of the brain involved in emotion. We have this association because Daniel Goleman happened to partner up with Joseph E. LeDoux, who happened to study the amygdala. Goleman used that professional connection to write his book, and the book subsequently became famous. Millions of readers, then associated the amygdala with emotion. Dr. LeDoux could have studied another part of the brain that is involved in emotion or Goleman could have found another neuroscientist to inspire his work and we’d be using the term Anterior Cingulate Cortex Hijack or maybe Insula Shutdown instead. Any number of other brain regions could have held the spotlight instead of the amygdala.

Most neuroleadership practitioners are unable to mine the scientific primary literature for new neuroleadership factoids because most practitioners aren’t scientists; they are teachers, presenters, consultants, and trainers. Most will find it hard to navigate the publication repositories and to access the journals in the first place because those journals are only accessible to those with expensive subscriptions (like universities). Once a practitioner gains access to the right set of articles, they may struggle to make sense of the language, the experimental design, and the conclusions. These articles aren’t written in the language of business or adult education. They are written in the language of science, which is careful to make sure that the work is rigorously explained in scientific terms, but not concerned about being understood by non-scientists.

So, how can we get better, as a community of neuroleadership practitioners, to make sure that we understand the science that we are using, at least enough to keep from overstepping? I have two suggestions:

Neuroleadership would benefit greatly from the influence of more neuroscientists who are interested in a practical application of their scientific field of study. By allowing neuroleadership to remain an applied field, and not blur the lines trying to be a pseudo-technical field, it will be more attractive to scientists who were rigorously trained to tell the difference.

This post is reprinted with permission and originally appeared on The Neuroethics Blog hosted by the Center for Ethics, Neuroethics Program at Emory University.

Nicole Gravagna, PhD
Nicole Gravagna is a neuroscientist and neuroleadership practitioner. She is the president of NeuroEQ, a behavior prediction company that supports companies with data-driven hiring strategy and leader development.
﻿
MORE
4 of 5 articles left
Login or Become a Member to unlock content