Discovering Your Questions as a Scientist by Listening 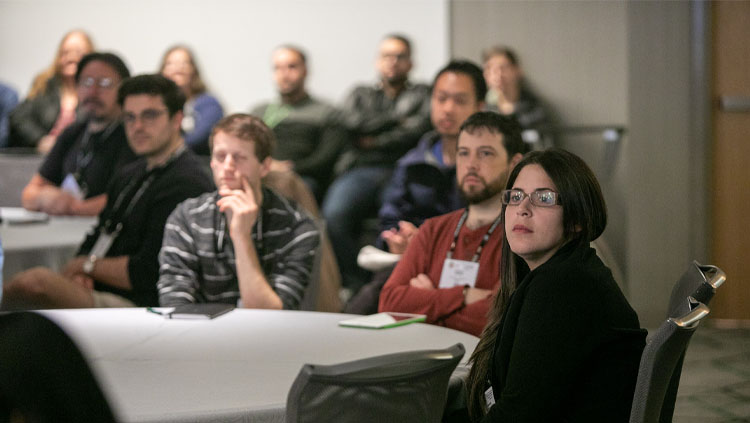 Yoko Yazaki-Sugiyama’s personal growth in science interweaves perfectly with lessons on how scientists use songbirds to study language development.

As she shared at the 2019 Meet-the-Experts session “Lessons for Songbirds and Scientists: Learning to Communicate More Effectively by Listening to Others,” her story began at Sophia University, in Tokyo, where she studied quail with Kiyoshi Acki.

Acki encouraged his students to pursue independent ideas and projects, advising his students “to work on what you can be interested in.” Taking this advice to heart, She was frustrated at not being able to easily communicate with others, but she thought about science constantly. Yazaki-Sugiyama read studies of white-crowned sparrows in different locations that “spoke” different dialects. She became fascinated by the fact that when baby birds of the same species were collected from each location and raised together, they sang in the same way.

With this knowledge, she took her first postdoc position, at Duke University, where — as the first non-native English speaker in the lab — she experienced many associated struggles, and fears. She was frustrated at not being able to easily communicate with others, but she thought about science constantly.

She began to wonder how we learn to communicate, as children. The sparrow studies had shown the predominance of nurture over nature. In that nurture, we can learn multiple languages, but we will only ever know how to speak human languages. Yazaki-Sugiyama applied this question to finches. Each finch develops dialects and individual variations, similarly to how humans develop accents, This led her to her next question: What would happen if a Bengalese finch was raised with a zebra finch? but they will never learn other species’ languages, even those of closely related species such as the zebra finch or the Bengalese finch.

Ultimately Yazaki-Sugiyama decided to go back to the songbird model, but with ideas she gained from her second postdoc. She began to study how these birds are able to learn species-specific songs, finding that the brain needs both auditory and visual cues, and that the species distinction is learned when both visual and audio cues are present together. Now she is using optogenetics to study this learning process in the brain. She is also studying the roles of attention and motivation in birds’ process of learning language.

By interweaving her personal, professional, and scientific journeys, Yazaki-Sugiyama told an engaging story of her career to date. Not only did I walk away with new knowledge of language, but I felt inspired by her contagious passion for songbirds and always asking the next question.

Amanda Labuza
Amanda Labuza is a PhD student at the University of Maryland Baltimore where she studies the regulation of calcium via SERCA pumps.
﻿
MORE
4 of 5 articles left
Login or Become a Member to unlock content