An Injection of RNA May Transfer Memories? 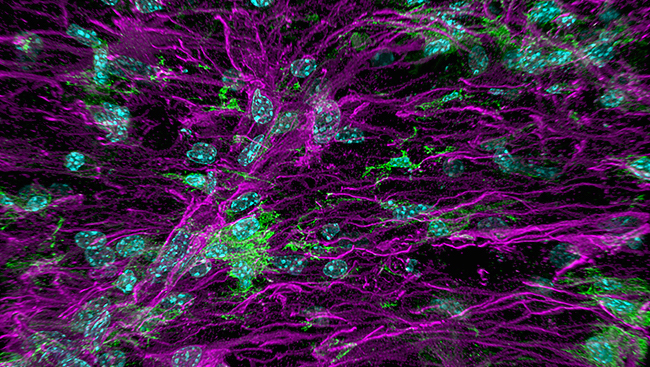 Imagine a future in which you could tell your spouse about your day by simply transferring the memory to them, or one in which you could pass your memories on even after your death. These scenarios may seem far ahead in the future, but steps are definitely being taken towards this development. To combat our natural memory inaccuracy and decline due to old age or Alzheimer’s disease, which has been found in 1 out of every 10 people over 65 years old, scientists are beginning to investigate the biology of memory and the ways in which the process of making memories can be improved. A recent and controversial article published by Science News reported that RNA may be used to transfer memories from one sea slug to another. Bedecarrats et al. 2018 claimed that they were able to transfer memories from neurons of sea slugs (Aplysia californica) by first sensitizing the slugs with shocks until they had a long-lasting withdrawal response to touch. Then, the researchers extracted the RNA from the sensory neurons of the shocked slugs, and injected that RNA into the sensory neurons of non-sensitized sea slugs. The authors postulated that the sensitization occurred because the donor sea slug underwent epigenetic changes, or when a methyl group gets attached to the DNA and modulates gene expression. This whole process resulted in a transfer of sensitization (a form of implicit, or unconscious, memory) to the recipient slug, as it experienced the same long-lasting response to touch that the donor slug did.

This is not the only experiment that has explored neural-memory transfers. Deadwyler et al. 2013 derived information-encoding patterns from the hippocampus of a “donor” rat that was well-trained to perform operant responses to a delayed-non-match-to-sample task, and sent the information via electrical stimulation to a non-trained “recipient” rat, facilitating its task performance. Such studies provide proof of concept that direct transfer of memories between two brains is a possibility. Moreover, memories seem to be at the root of who we are and what we achieve in our lives, but what happens when individual and combined memories collide? It is time to begin thinking about the ethical concerns, evaluating the value of memory and how we benefit from the memory of others, as well as the consequences that memory transfers may bring to bear on issues of privacy and individuality.

Thoughts are one of the few private things we have left. With such memory-transfer innovations, this may not be true anymore, and complex privacy problems may arise. For example, it can be difficult to control which exact memories/thoughts will get transferred during a memory transfer procedure: there may be signals the sender is not willing to share or signals the receiver may not be able to refuse. A way to prevent unconsented information from being transferred would have to be developed. In addition, with the rise of this new technology and possible commercialization, individuals may feel a pressure to share their memories with family, friends, employers, and even insurance companies. After the embarrassing interview, for example, your spouse may want you to play that memory in their mind. Or after that party, your mother may want to see what was going on. This may lead to a change in the individual’s sense of freedom; everything you experience can be known by others.

Furthermore, some scientists and philosophers would suggest that we are deeply shaped by our memories. The Stanford Encyclopedia of Philosophy states that “memories play a role in our knowledge of the world and our personal past. It underwrites our identity and our ties with other people." Professor of philosophy Dr. Françoise Baylis also argues that people are social constructive beings constituted by their relationships, narratives and stories, and these are built of interactions made from retrieving and making memories. There is no doubt that experiences and emotions such as love, fear, joy, and pain can shape who we are. How would these be affected if our brain is constantly exposed to the experiences and emotions of others? Developmental biologist Michael Levin of Tufts University questions what it means to be a coherent individual that has a coherent bundle of memories, and he implies that the hunt for memories gets at the nature of identity. Being part of a brain-brain dyad may have complex repercussions on a person’s concept of self, and the recipient would end up having two types of memories: his/her own memories and “quasi-memories” that have been transferred by others. Not only that, but in cases such as this one, epigenetically modified RNA is being transferred to the recipient and causing specific physiological alterations of neurons. How well he/she will be able to distinguish between the two types of memories is up for question.

Professor Elisabeth Hildt from Illinois Institute of Technology states that “one of the central questions is whether there actually is a need for direct brain-to-brain (BTBI) communication.” Technologies such as brain-to-brain interface could bring about more accurate memories in the military, for example, allowing soldiers to learn from previous wars or the past experiences of their colleagues. One could imagine a scenario where BTBI could serve as an aid for Alzheimer’s patients, where instead of using external memories such as diaries and photos to remember the past, the patient’s spouse or family member could just transfer clear-cut memories. Dr. Michaelian Kourken argues that “given the constructive character of internal memory, stable forms of external memory may make a distinct and valuable contribution to remembering."  Yet there is also the argument that since memory is inaccurate in its nature, there is no guarantee that this transfer will make the memories more trustworthy. Indeed, scientists and ethicists need to work together to make sure that such technology is developed reliably and ethically correct.

Gabriella Caceres
Gabriella Caceres is a student double majoring in Neuroscience and Behavioral Biology (NBB) and Psychology at Emory University in Atlanta, GA. Her research focus is on oxytocin and its effects on social cognition, but she also has a strong interest for the neurobiology of memory.
﻿
MORE
4 of 5 articles left
Login or Become a Member to unlock content