Two Views: How to Overcome Implicit Bias Against Women 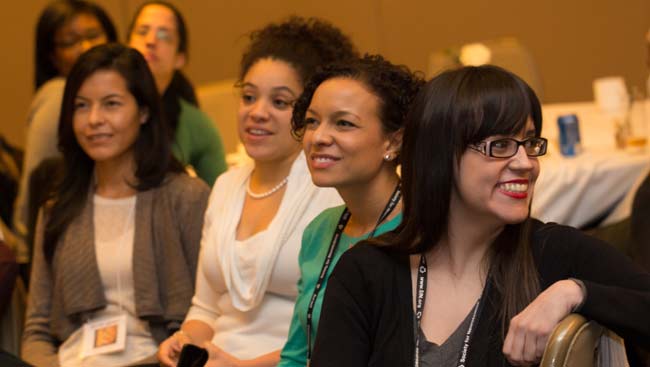 The following Q&A is adapted from the webinar, In First Person: Tips to Survive and Excel as a Woman in Neuroscience, hosted by SfN’s Professional Development Committee's Women in Neuroscience Subcommittee (WINS).

What are some tips to overcome unconscious bias against women?

Susan Amara: I think that we have a lot of it within ourselves. SfN had a course for department chairs that caused us to think more about what biases we have. So I looked at all of my letters of recommendation and found places where I wrote them slightly different for women. I have changed that completely.

I think the other thing we should remember is that our colleagues are not intrinsically biased except for perhaps a very small subset. So much of the bias we encounter is unconscious. Sometimes you do have to challenge it, but other times, it’s not really worth it.

Early on in my career, I found myself in many situations where I was the only woman. I realized that my best option always was to focus on my science and not get too distracted by the smaller things. Because once you get too worked up about it, it’s a distraction, and I think that I’m still — this is probably a more old fashioned view — very into “what we’re doing is the science” and focusing on that goal is one way to cope because there are some instances of bias that we really just can’t control.

Sheena Josselyn: I agree very much that in the end, it comes down to your science. It’s very hard to argue with excellence.

Having said that, I think it’s important to have conversations at a local level and an institutional level about how and why exactly there’s this huge leaky pipeline on the way to becoming a PI in science. Why do we have so many female graduate students, fewer postdocs, fewer junior faculty, and even fewer senior faculty that are women in neuroscience? I think that’s a really important discussion to have at all different levels. Sometimes you can become really preoccupied with that and worry about the global picture without also worrying about your own career and pathway through that. So I think it’s important to engage in that conversation.

I think it’s important to be in a supportive place, where you feel heard and valued, and it’s also really important to pass that on to the people in the lab.

Look at your own biases and make sure you’re not sort of subtly saying that the female postdoc is friendly and well-liked, and the male postdoc is brilliant, even though they have the same sort of character traits.

I think it’s also important to look within ourselves, within our small sort of network, and within the larger institutions. I don’t know if anyone can solve this on their own but I think by talking about it a little bit more we can get closer to it.

Susan Amara, PhD
Susan G. Amara is the scientific director of the Intramural Research Program at the National Institute of Mental Health. Her laboratory focuses on the structure, function, and cellular physiology of neurotransmitter transporters. Prior to moving to NIH she served as the Thomas Detre Chair of Neurobiology and Distinguished Professor at the University of Pittsburgh School of Medicine. She is a member of the National Academy of Sciences, a fellow of the American Association for the Advancement of Science, and a past president of the Society for Neuroscience.