Mentors: Here's How You Can Encourage Women to Stay in Science 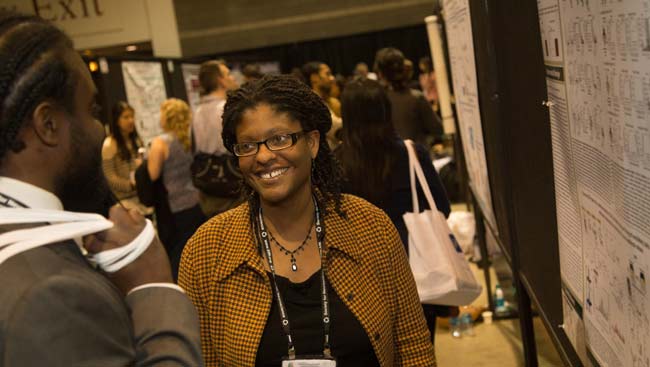 The following Q&A is adapted from the webinar, In First Person: Tips to Survive and Excel as a Woman in Neuroscience.

What do you think male or female mentors can do to encourage women to stay in science?

Susan Amara: When I began, I never anticipated that I could have had the career that I’ve had. One of the things you can do is convey by your own actions how you proceed through your career to really illustrate that others can do it. I really try to encourage fellows and people I’m training that it is possible.

Sometimes it’s good for them to see the not-so-pretty aspects, like when you’re running late or have taken on more work than you can do well, so they realize that this isn’t always a perfect process. This has a lot to do with time management.

And it’s also that women — and I hate generalizing — sometimes they’re a little less confident. I didn’t know any women scientists from my family or from my background, so I had never seen one. One of the things that helped me a lot was when I was in college, seeing a few women who had made it into science who were more like me, or who I could aspire to be like.

So, trying to be a role model is important for a mentor, and then also reminding people of what they can do and not letting them say “Oh, I don’t have the capacity.” I think you also have to encourage people that they can take risks and try if they love science. I think that’s an important corollary.

Sheena Josselyn: It’s really important for mentors to pass on the confidence in people and say, “You can do this.” It’s a difficult job, it’s a challenging job, but it’s a wonderful job. To say that you can do it and take tiny breaks, and raise a family, and take breaks, and help out your parents. That you’re the sandwich generation: You’ve got aging parents, and young kids, and a job, and that it is possible to do all these things, maybe not at once but certainly in series.

Susan Amara, PhD
Susan G. Amara is the scientific director of the Intramural Research Program at the National Institute of Mental Health. Her laboratory focuses on the structure, function, and cellular physiology of neurotransmitter transporters. Prior to moving to NIH she served as the Thomas Detre Chair of Neurobiology and Distinguished Professor at the University of Pittsburgh School of Medicine. She is a member of the National Academy of Sciences, a fellow of the American Association for the Advancement of Science, and a past president of the Society for Neuroscience.