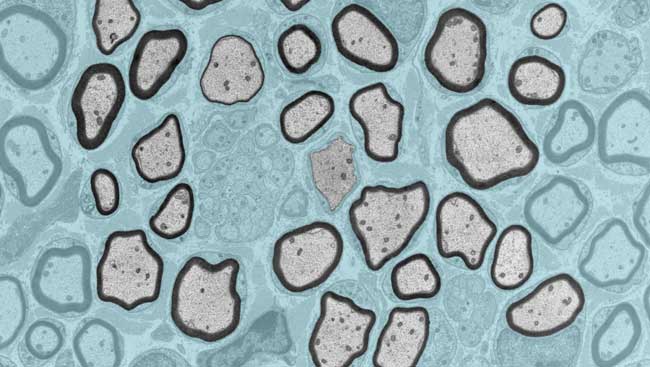 Sarah Caddick is a trained neuroscientist. After completing her postdoctoral fellowship, she decided not to continue her research and instead pursue a career in philanthropy. Caddick served as the neuroscience adviser to Lord Sainsbury of Turville and the Gatsby Charitable Foundation. Here she discusses what she learned in her transition to a career away from the bench and the ins and outs of what it’s like to work as a neuroscientist in philanthropy.

What did you learn from switching to a career outside of academia, and watching others do the same?

The best way to approach the transition and everything else after that is to figure out what you really like doing and where you’d like to do it. Then figure out if the organization you’d like to be in has something that matches and take it from there, because job descriptions rarely if ever match the actual work.

Even though it’s now more accepted that people leave the bench to go into different careers, it’s still a difficult transition for many — not just for the person leaving, but also for the person whose lab you leave. Some PIs really find it challenging, because they think they’ve failed in some way, but that’s not allowed, so they blame the person leaving. There are a lot of emotions. They’re completely out of their element, and that is something I’d like to see changed.

How do you think that attitude around leaving academia is going to change?

We’re training scientists that will, at some point, either figure out that they want to be nothing else but a scientist, or anything else but. It’s nobody’s fault. We should be offering more opportunities to allow that to happen in a smart way.

One of the things I’m advocating is graduate training that includes joint programs with other departments in universities, and the ability to switch out during a graduate program into an MBA or economics program, or a law program, or something else. There should be much more flexibility.

Equally, it should be acknowledged and endorsed that you can go all the way through graduate school and do the postdoc, even if you have every intention not to move into a faculty position but want to be the best trained scientist you can be. You should be able to look at a potential PI and say, “I’m going to work very hard for the next few years as your postdoc. I’ll help you advance your research program, get the funding you need, get the papers out, and we’re going to do some really good research. Then I’m going to leave, because what I’d like to do is ‘X.’ But, I can promise you that under your leadership, I will deliver everything you need.” That should be a conversation you can have, and one that a PI listens to and thinks, “I’m going to have somebody really committed to doing this work over the next few years. How great is that?”

I think it will completely shift that whole sector in a way that’s positive, because you will have determined early on that you can do research for a few years and switch, but you can only do it if you’re committed and supported. That’s the key. You shouldn’t do it because you don’t know what you want to do for another few years. If that’s the case, get out. But you should do it if you commit to being the best possible researcher you can for those few years.

Have you found that your neuroscience training benefits you in your current position as a philanthropic adviser?

I could not do what I do now without that training. You can’t underestimate that if you’re dealing with scientists, it’s human nature that they will judge you for what you’ve accomplished scientifically. It’s much easier to work with them to make things happen, set up programs, and shift their thinking along certain areas. You can only do that if they afford you a certain level of respect. Also, even if I’m looking at a completely different field, I have a much deeper understanding of the business or process of research. The areas I don’t know, I can pick up pretty quickly, enough to work at the level I need to.

Besides neuroscience training, what skills are important to be successful in your role?

A very thick skin! Don’t take direct criticism or anything negative personally. It’s rarely about you, and usually born out of frustration when someone isn’t selected for funding.

Trust yourself. Confidence is a really important skillset in this business. You’re going to have to make decisions, often with limited information in a short period of time, and with many biased opinions being voiced, and they won’t always be perfect. You have to be able to say, “Based on this information, this is how we do it now,” and not hesitate.

Patience. Diplomacy. Integrity. If you go into a world like this, you become privy to a lot of information, both scientific and personal. Your currency in this type of job is trust. You have to really take that seriously. Especially scientific information, new ideas or experiments scientists are doing, they haven’t shared it with anyone but they tell you because they’re so excited. In general, I assume everything that I have been told has to stay with me, unless I have literally seen it in the press. If it has to be communicated with somebody else, and they need to know about it, I say, “You need to talk to ‘X.’ I can’t tell you why, but it will make sense when you talk to them. That’s all I can tell you.”

With so many scientific trends appearing, how do you stay abreast of developments in the neuroscience field?

I read the journals. I’m at science meetings around the world frequently. I visit with all of the people in my portfolio frequently. I convene workshops or meetings on topics that I think are interesting, often with other funders. You have to constantly be challenging yourself to think, “What’s next?” I love to say, “What’s going on in nanoscience, physics, technology, materials science, engineering, etc.?” I talk to people and say, “What’s happening in your world?”

I also got into different things very early on in my career that were outside of science around the world, literally: asteroids, alternative fuels, clean air. Ultimately, it gives you a window into what nonscientists’ expectations are of science. I have presented and curated panels and sessions at TED, Skoll World Forum, and other places. I’m constantly exposed to people who are always sifting through the science world to see what’s the next big thing.

How would you advise other neuroscientists working outside of academia to keep current on field developments?

Get out, and listen to the non-science world. That’s how I found out, for instance, that understanding behavior, decision-making, and influence is a key area for people in the social entrepreneur world right now.

When you’re talking with nonscientists, how do you talk about neuroscience in a way that’s understandable?

Essentially I just break it down. I always listen to the people who want to hear from me, especially if it’s a one-on-one situation. I try to gauge how much they know, and how much they’re comfortable with knowing. With years of experience, I have a pretty good barometer for just watching somebody’s body language. I can figure out, usually within one or two minutes, about what level of information they want.

I never overpromise. I never pretend I know more than I do. If I’m not sure of something, I make it clear that I’m not sure, but this is how I think about it, and if they want more information, I know how to get that.

I distill it to the level that I think they need it. Nobody needs more information than is useful at any given point in time, so why tell them? I try to make it sound exciting, like a story. Most things can be related to real life, and humans are wired for listening to stories.

Why should people with neuroscience training consider a philanthropy career?

It’s rewarding! You can add a level of unbiased insight and strategic thinking to the process of investing in science. Otherwise you wind up with a purely serendipitous and uninformed approach: literally who philanthropists sit next to on a plane or at a dinner, or a small group of scientists influencing a lot of investment.

Having individuals in this type of role as an interface between the two worlds can keep the whole enterprise honest. Essentially you’re a broker, someone that has no axe to grind because it’s not your money. If you hire me, or ask me to consult on how you’re going to spend that money, then I have a loyalty to you to deliver the best possible options and give you a choice.

On the other side, you can represent the scientists’ best interests too, making sure that they can focus on their research, not spend hours writing reports that rarely get read, or being expected to carry out research projects with limited resources and irrelevant goals.

I think that’s the role for people like me in this field — facilitating much more unbiased, informed decision-making around the investments and the science. I can tell scientists to stop promising things just because they think it will get them the money. I can tell them to be honest, present their best work, be really good, and I’ll help them find the right philanthropist who really is interested in what they are doing.

Are there any challenges people may encounter in this brokering role?

Unfortunately, there’s the risk of believing that the money is yours to control and becoming so convinced it’s your money and decision that you will block access to the philanthropist. I think that’s when it all falls apart. I don’t do that. I’m not a block between my boss and the scientist. It’s not my money. I’m there to recommend, to help, to deliver the best investment based on his interests. My loyalty will always, for this job, lie there. In any situation I’ll fight for the scientists, and I’ll protect them against anything an investor/philanthropist wants to do that  I think is unreasonable — so my loyalty’s there, but I will never hurt the community that I represent.

*Interview edited for length and clarity.

Sarah Caddick, PhD
Sarah Caddick is the Founder and CEO of Thalamic. Previously, Caddick was a neuroscience adviser to Lord Sainsbury of Turville and the Gatsby Charitable Foundation. She was also the executive director of the Center for Neuroscience Initiatives at Columbia University. Additionally, Caddick was an executive vice president of FasterCures, director of scientific and environmental programs at the Steven and Michele Kirsch Foundation, and director of scientific programs at the Damon Runyon Cancer Research Fund. She is a trustee of MQ: Transforming Mental Health and member of the scientific advisory board at the Science Museum in London.
﻿
MORE
4 of 5 articles left
Login or Become a Member to unlock content