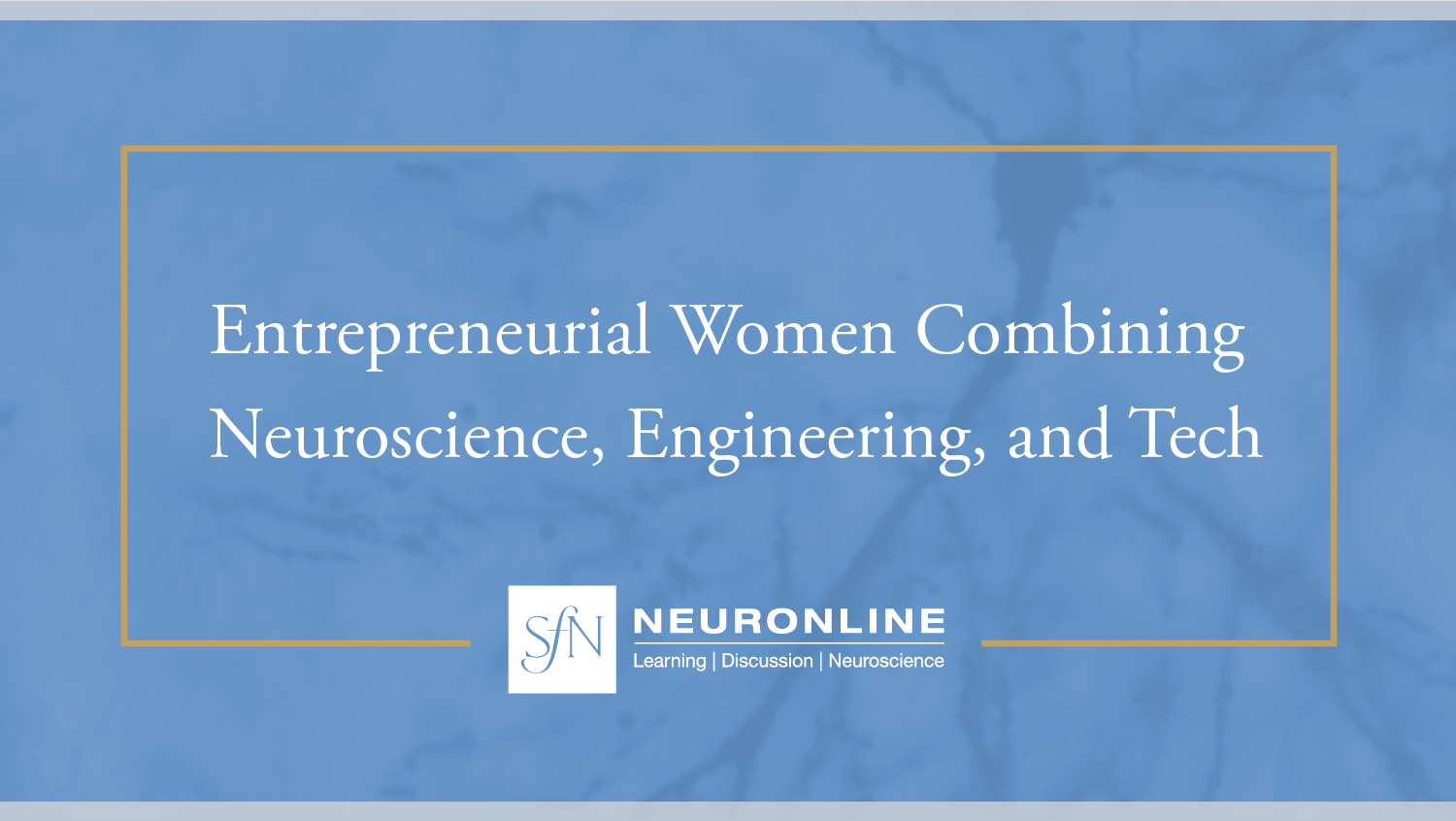 The moment is promising for women in neuroscience and related fields, in which women have been — and are — underrepresented.

Studies have shown that women are conditioned to believe they are better suited for the arts than for science. Studies also suggest, however, that having female scientist role models increases women’s ability to see themselves in male-dominated spaces.

This series highlights the scientific accomplishments and careers of female leaders working across disciplines. It provides role models to female scientists working or considering careers in neuroscience, engineering, and technology, the boundaries of which are dissolving to define new, intermediary fields like neural engineering, becoming more like sketches than bold lines.

It’s not without the creativity of the women and men that these fields are taking on lives and names of their own. The ability to make connections across disciplines and among ideas that would appear unrelated to the average observer has led not only to the emergence of new fields but also to the development of medical devices and technologies that improve human well-being.

Every Monday this month, we’ll publish an inspiring story of a woman whose creativity, tenacity, and collaborative spirit has been as important as her quantitative skills to her scientific accomplishments. They’re stories of entrepreneurial careers that draw on scientifically diverse training experiences, are built on perseverance through challenges, and embrace nonlinear thinking, considering the what if.

Our interviewees set high bars for themselves and repeatedly surpass them. They engage with their cohorts to form the strong supportive networks that keep them going. They take time to find and connect with mentors. They are always adaptable. They never lose sight of their end goal, and along the way, recognize all of the rewards of a career bridging disciplines.

Women hold fewer faculty positions in neuroscience programs, an imbalance that leaves one wondering what ideas and discoveries neuroscience is missing out on. In STEM, women compose only 27% of full-time, tenured professors and 25% of the workforce as a whole. Moreover, controlling for representation across sectors, women’s later entrance into STEM, and full- vs. part-time employment “does little to change the gender pay gap in male-dominated subfields (e.g., computer science and engineering),” according to a JNeurosci review of gender disparities in STEM.

Giving women in science a space to share their achievements and advice can inspire others and help to change these statistics. Read their stories, let them inspire you, and share them to inspire your trainees, lab mates, and friends. As the global community continues to move toward gender equality in science, supporting women at the intersection of disciplines will help to propel the field toward an era of scientific discovery and imagination like we’ve never known.

More in This Collection
Entrepreneurial Women Combining Neuroscience, Engineering, and Tech
MORE
4 of 5 articles left
Login or Become a Member to unlock content