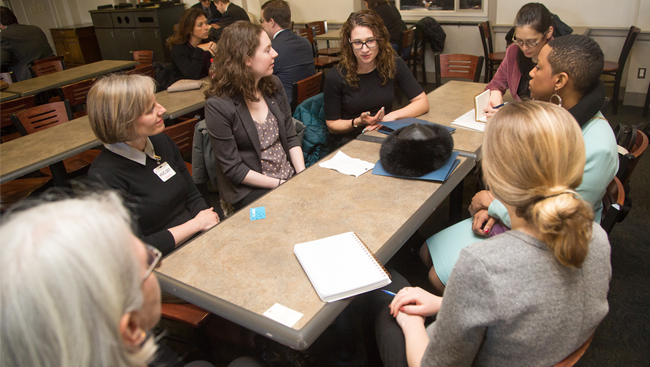 Each stage of a scientist's career is filled with unique challenges that seem like roadblocks to becoming an advocate. Graduate school is no exception, but early career scientists should be advocating for science, as what this year’s budget provides can alter our career trajectories.

As a graduate student, I first thought there wasn’t much I could do, and that advocacy could only be effective if it was intense and all consuming. Even if I figured out what to do, it seemed like it would be too much. I soon found this assumption to be false.

Here are some of my initial concerns and what convinced me we can all do science advocacy.

Why would anyone listen to me? I’m not an expert. I don’t have the same track record as an established professor.

To the policymakers, you are the expert. You’re in the lab every day and know how the scientific process works. You know exactly how your discoveries can impact people. Let that impact speak for itself.

How do I convey the importance of basic research? It seems overwhelming to speak for all of science.

Develop an elevator pitch about your work and stick to it.

Think about the ultimate long-term goal. How will your science help people? Include concrete take-away points, such as the importance of robust and sustained funding, and the positive economic implications from investments in science.

Where do I find time while I take classes, teach, mentor, study, and work on my thesis?

Here are some simple ways to engage and the impact each can make:

It’s amazing what we can accomplish when we mobilize and unite our voices.

As scientists, we know the importance of scientific research and the positive outcomes our research can have, but we often don’t communicate this knowledge to those who control the budgets (Congress) or pay the bills (taxpayers).

It may not seem like our place to venture outside of the lab, but at the end of the day, the best science advocates are scientists themselves.

Advocacy is not one-size-fits-all. Choose one activity that’s interesting to you, and just go for it. Imagine the difference we could make.

Kristin Anderson
Kristin Anderson is a PhD candidate in the neuroscience program at Lehigh University.
﻿
MORE
4 of 5 articles left
Login or Become a Member to unlock content