How to Use Your Scientific Training to Change Science Policy 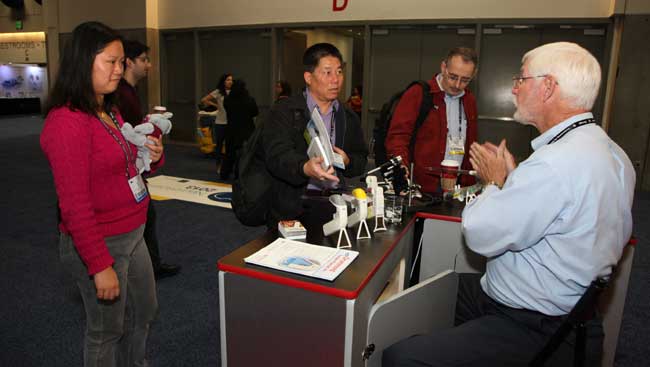 A scientist by training, Karen L. Jones followed her passion for sharing her research with others to become a neuroscience advocate and is now working toward a career in science policy, as the inaugural Trudy Schafer Advocacy Fellow at the League of Women Voters of California. Read her advice for getting started in advocacy as well as why she believes all scientists should advocate, how your scientific background can inform conversations, and policy career opportunities for scientists.

What do you see as neuroscientists' role in advocacy?

I think it’s everybody's responsibility to talk about their science. One of the most important actions you could take as a neuroscience advocate is to not only talk to scientists about science but share your passion for science with the public.

Anyone who has done any amount of study in science knows it's not necessarily intuitive, but we continue to study it because we’re passionate about it. Similarly, advocacy is about maintaining a relationship with nonscientists to cultivate public understanding and trust in what we do.

The easiest way to do that is to connect with people, to talk to them about your research and explain why you're excited about it. That's a simple form of advocacy.

What advice do you have for making those connections?

Being an advocate for neuroscience is just sharing your passion for it.

A lot of people think science is distant or scary, so our job is to show them it actually is accessible — especially neuroscience. Most people have some connection to it without realizing it. They might know someone who has a family member with autism, Alzheimer's disease, multiple sclerosis (MS), or post-traumatic stress disorder. It's rare to talk to someone about neuroscience and not have them be at least a little interested.

Without being scientists, though, there's a lot they don't know. It’s Neuroscience 101 to us, but we take it for granted sometimes.

Talk about the importance of science and about your research with your nonscientist friends, family, or communities you’re involved in. I know I never stop talking about my work and my friends’ work, because I think it's really cool. Across my career, there have been times when I’ve focused more on my research, but I never stopped advocating.

What resources are available for new advocates?

If you live in your state capital, you have access to your State Senate and Assembly members. If you don’t, you can go to your local district offices to do more local advocacy. Going to your city council can also be a great way to get started if you feel intimidated about advocating at the federal level.

Going to constituent outreach events like coffee hours is another great way to get involved. I'm currently a legislative intern in the California State Senate, and they love having scientists in. If you're lucky enough to talk to someone who works on a committee on health, they especially love having the expertise and the insight, because they don't always have the neuroscience training. To have someone who can talk about brain-related disorders is important and helpful for them.

What made you transition your career focus from research to science policy?

I first got involved in science policy as a teenager as a kind of scientific communications liaison, holding public forums and getting constituents' feedback on issues related to robotics, genetics, and nanotechnology and ethical concerns considered with them. At the time, those were still very new, emerging issues that many people had only heard about in the news. They hadn’t had a chance to talk to a scientist and get their questions answered.

I did that for about eight years, and that helped me realize having that back and forth is important. Eventually I decided to more formally transition to policy because I care about scientific issues and getting them to the public.

I became president of my graduate student chapter, what was then the Central Missouri Chapter, and focused on communicating science at a lay level. Then I became an SfN Early Career Policy Ambassador (ECPA) because the program supports scientists who want to share their passion for science and advocate not only for the continual funding of neuroscience or biomedical research, but to make sure their voices are heard.

You said your SfN chapter helped you hone your communication skills. How so?

Neuroscience is such an interdisciplinary type of science, and we had a highly active chapter.

One of the activities we would do every year was have a data blitz to start getting students used to essentially giving elevator pitches of their research. The muscular-motor control neuroscientist had to talk to the translational autism neuroscientist, and I didn’t know anything about crayfish movement, but that person also didn't know anything about animal social behavior. Giving each of us three minutes to break down what we studied helped craft everybody's lay storytelling ability.

We would also always try to do public outreach to get high school students involved. We partner with the University of California, Davis Center for Neuroscience, the International Brain Research Organization, and the California Council on Science and Technology to coordinate the Sacramento Brain Bee to get students excited and engaged about neuroscience from an early age.

Interning has helped me understand how science policy works: It's not just working in an Assembly Member's office. You could work with, for example, the California Senate Office of Research, which has consultants that specialize in health and health policy. That would be a great opportunity for a neuroscientist PhD to go into as an alternative to an academic career. Or you could advocate for a certain interest group, like the American Medical Association, the American Academy of Pediatrics, or an MS society.

As far as working through any type of impostor syndrome you might experience as someone new to advocacy, think about when you started in a research lab. Most likely you asked a professor or a grad student to come in and observe, and you ended up getting so caught up in the passion of it, you got a PhD, and loved it all the way.

It's the same with policy and legislation. It's not that challenging to get into. You just have to take the first step.

Karen L. Jones, PhD
Karen L. Jones is the inaugural Trudy Schafer Advocacy Fellow at the League of Women Voters of California. She was previously a legislative intern in the Office of California Senator Richard Pan, District 6. She earned her PhD in neuroscience from the University of Missouri-Columbia and was a postdoctoral research scholar at the University of California, Davis, where she participated in consortiums on science, clinical practice, and policy issues related to autism and was awarded the UC Davis Internal Medicine Trainee Research Award in 2016 and 2017.
﻿
MORE
4 of 5 articles left
Login or Become a Member to unlock content